There was a discussion a few days ago of men sending women dick pics. You know, men used to send sonnets. But that was before cell phones.

I prefer a Sonata, but I guess a poem shall work, I have written more of those.

@Faithless1 made a good point re some of those old poets, there are many, here is T.S. Elliot
King Bolo’s Royal Body Guard
Were called ‘The Jersey Lilies’—
A bold and bestial set of blacks
Undaunted by syphilis.
They wore the national uniform
Of a garland of verbenas
And a pair of big black hairy balls
And a big black hairy penis.

@Faithless1 damn, I failed at english.

I just don't even understand this phenomenon. I must be hopefully old-fashioned.

I think respect has just been lost!

The moment men started to pay for women plastic surgeries both body parts and face.

@GipsyOfNewSpain they didn't have to pay for these women's plastic surgeries, that was their choice!

@Faithless1 Oh Yes indeed or at least respect for others.

@MichelleGar1 we live in a Me, Me, Me Consumer Society. You purchase something you own it. I wouldn't do it, I wouldn't allow a Penis Enlargement Surgery to save a relationship neither. Regardless what a woman may think of me I don't think I am a Dick or she a Cunt. I was not raised like that.

Most guys these days think a sonnet is a high speed hedgehog.
Still for the time some of those sonnets were pretty spicy.

Please clean your bathroom prior to photo. Clear the clutter of the wife (you didn't tell me you had) o her perfume, shampoo sitting on the bathroom counter.

Bahaha. I totally laughed so hard a spit out a mouthful of beer. Warning next time!

There is a little voice in my head telling me to make this reply to the post. "So a Creative Guy Packing Meat and a Bone.... should he get an Amen?" I know I am going to be Sorry for asking the question!

I still sent sonnets. And you know the only negative? Not be present to see the "real" reaction on her face. So now you know why my penis never been photographed.

I send back this

My cock surrounded by his babes

I heard about this country boy who pulled up to an intersection in his pickup. There was a woman in an adjacent car who looked good to him so he threw a chicken in her car. It was a suave and creative introduction and before long they were married.

I buy chicken to eat, I am sure not a pickup truck kind of a guy, I am more creative than that. I bet you he ended up cleaning the chicken shit too of two vehicles.

What if you write a sonnet on your dick, then take a pic? I’m going to call that a happy medium.

@AmelieMatisse You should had never go there! Surprises, surprises!

@AmelieMatisse Yeah, really, maybe haiku. even a limerick would be pushing it.

@AmelieMatisse circumference is a factor too

@AmelieMatisse Actually....a long time ago in a galaxy far, far away. Truth. ? lol

There are times when one look slightly better keeping quiet, so I am not going to say anything other than I am following the conversation with a subtle smirk on my face ?

@AmelieMatisse she knows a guy who thinks his dick is long enough to write a sonnet on.

All I can think about is this joke...

There’s a guy named Jack. He has a girlfriend named Wendy. Jack is hopelessly in love with Wendy, and decides to ask her to marry him. To prove how much he loves her, he goes and gets “Wendy” tattooed on his penis, as a gesture of loyalty. When he’s erect, his penis shows her name, and when it’s limp, it reads “Wy”

So, the next night, they have passionate sex, and when Wendy sees her name on Jack’s member, he pops the question, and she accepts.

They decide to go to Jamaica for their honeymoon. Once down there, they decide to try out all of the local culture, including a nude beach. They go to the beach, and are having a great time, when Jack decides to get up from sunbathing and go and get something to drink at the bar down the beach.

So, he walks over to the bar, with his limp penis, trying not to let his eyes wander; he doesn’t want to embarrass himself. He orders a drink from the guy at the bar, and while making the drink, he notices that the bartender, also naked, has “Wy” tattooed on his limp penis as well.

So Jack says to the guy, “Wow, what a coincidence! Hey, do you have a girlfriend named ‘Wendy’, and her name tattooed on your dick too?”

And the bartender looks down at Jack’s member, back to his and starts laughing. He says, “No, mon. Mine says ‘Welcome to Jamaica, mon. Have a nice day.'”

@Iamkratom, @AdorkableMe a jamaican told that joke, heard it from other countries in different language.

@AmelieMatisse I truly believe it's possible to spin almost anything towards something either positive or just plain fun.... ?????

@AmelieMatisse I was so young and stupid all I could be was scared. lol

you can send a sonnet on a cell phone

That requires thought, though.

@btroje it’s easier than writing something...

Send me flowers! Tell me I'm the most intelligent. articulate, loving person you know. Keep your dick photos to yourself. If I want to see that stuff, I'll let you know.

Men who think women want to look at their junk are sadly mistaken. Eeeew!

Quite right about that.

Population explosion coupled with technological advancement. Idiots can do so much more these days and their numbers are greater.

We are not overpopulated... we are simply fucking more with less boundaries! The Idiots always existed some even became kings, queens, emperors, presidents.

@GipsyOfNewSpain I didn’t say we were overpopulated... not that I agree with you, but I didn’t say

I’d rather get a sonnet. 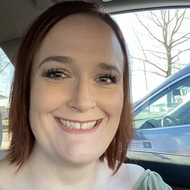 You can include a link to this post in your posts and comments by including the text q:97567
Agnostic does not evaluate or guarantee the accuracy of any content. Read full disclaimer.