LINK Should We Be Patriotic? - TheHumanist.com

Thoughts for this day.

Patriotism to me is a mass hysteria..lol.so I will never ..

Unless you're British, patriotism seems foolish.

With the mentality of most Murkins today, the very idea of blind flag waving dyed-in-the-wool patriots makes me sick. When they believe this nation does everything with the best intentions and will stand by everything done in the name of democracy and liberty, I want to hang my head in shame.

I am not patriotic, especially now. This is not a country I am proud to call mine at this time. Our president is a joke and is hurting this world in so many ways. Its really sad.

Of course, I will be patriotic. I will gladly and openly abide by the principles of our Constitution and Declaration of Independence, as well as the Bill of Rights. I have served my country in the military. I will also denounce all forms of bigotry in all of its forms -- racism or ethnocentirsm, hatred, vilification of others, violence and cruelty toward others, corruption, greed. I will also publicly criticize and stand against administrations and public officials and their actions when they damage our country or fail to uphold the principles undergirding our democracy.

With today's corrupt Trump administration, active dissent and resistance are the ultimate form of patriotism. I will raise my voice and stand actively against this damnable corruption of our democracy.

stop the press. We're done here. Meet our next president.

We should want the best for the people and the world. Our means to accomplish both is in having an inclusive patriotism that welcomes immigrants. The words on the Statue Of Liberty are important to me and should be important to us all, I hope they are.

“Give me your tired, your poor, Your huddled masses yearning to breathe free, The wretched refuse of your teeming shore. Send these, the homeless, tempest-tossed to me, I lift my lamp beside the golden door!

I have those words on my FB profile picture. They are very important to me as well as a child of immigrants.

@HippieChick58 I’m Italian, my Grandparents came through Ellis Island. I grew up in the great melting pot. This country was never perfect but it wasn’t intentionally cruel. Voting has never been more important... and I already know you will vote. I’m taking the day off to drive people to the polls.

I came to the conclusion a couple of years ago that I could not be Patriotic to a Nation. I am "Patriotic" to morality. I have always loved the ideals of The American Way and its inherent progress towards improvement. But since Our Nation has been backsliding (now plummeting), and I watch as other Nations embrace what was once our Provence (even China is getting better), I realize my allegiance no longer lies in America as it is. I do the little I can to improve things, but there are forces at work in our Government and some Americans are not very smart, nor thoughtful. They vote for the best "Dog & Pony Show", are selfish, short sighted, immoral, and greedy.

Yes!!!
Bonfire in the firepit tonight!
Grilling out!
Drunken Dancing around the fire. Beating of war drums! Firing guns into the air with tracers!!!!
Murica!!!! 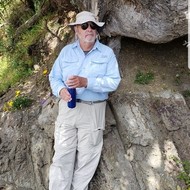 This reminds of a line from a song by The Simple Ones, an obscure 90s Memphis band.

Love my country, the government I hate/That’s the kinda thinking makes this country great.

I’m not very patriotic. Really, what to a slave is July 4th? When I view my (and others not of upper classes) existence and position in society as inexpensive labor for the rich, how can I be patriotic?

Commited to "All for red, white and blue"
In effect you're fighting for what's really fighting you.
~ “I Abstain” from Napalm Death’s album Utopia Banished

Our founders were not Patriots but Revolutionaries. They tried to design a Gov which would always hold revolutionary Ideas as a necessary part of itself, and if truly needed, be able to revolt internally.

I think the only way to be truly Patriotic as an American is to hold open the door of innovation to new ideas, while striving to be true to the pinnacle and spirit of the founding Ideals.

Not simple Nationalist Ideology, but a Philosophical form of patriotism championing the Ideals of the Founders, Free Speech, Liberty, and so forth; not blind obedience to the Nationstate simply because one was born here or immigrated here. Rather an adherence to and upholding of the Ideals set forth in the founding Documents.

So even being truly Patriot (rather than Nationalist) requires some education, reading, and understanding.
What I find far more troubling is that the Documents are archaic now, so out of date. Our phones are updated every 2 weeks or so, but our basic documents never? Even when they provide ways to do just that, and encourage it?

I think AMERICA itself needs to reexamine the entire thing in the light of this modern day. Constitution 2.0 (including all amendments as new Baseline doctrine) and discussing issue of the modern world, which did not exist to be considered by the Founders.

@slydr68 Of course the documents are Archaic, they are almost 300 years old now.
The ideas and ideals are not archaic, but the document is. I think it should be preserved for history and a new one, in modern english should be formed.

The crap, like black men being worth 33% of white men, like women not having any rights, could just be removed from a new version.

The basic idea was for 13 colonies, little more than new England and friends, not fifty colonies of unequal size and population.

I think if we had a new continental congress digitaly, we could determine what makes sense in our reality and not the archaic one the founders existed in.

No no!!!!
Dancing around the bonfire!
Beating of the war drums!
Firing tracers into the night sky!!!!
Drinking! Eating! Shouting war cries!!!!!
Well, at least that's what we do here in southern Ohio.

@bigpawbullets "Bob and Mae come up from
some little town
Way down by Lake Texoma
where he coaches football
They were 2-A champions now
for two years runnin'
But he says they won't be this year,
no, they won't be this year
And he stopped off in Tushka
at that Pop's Knife and Gun place
Bought a SKS rifle and a
couple full cases
Of that steel-core ammo
with the Berdan primers
From some
East bloc nation that no
longer needs 'em
And a Desert Eagle,
that's one great big ol' pistol
I mean, 50-caliber
made by bad-ass Hebrews
And some surplus tracers
for that old B-A-R
of Slayton's
Soon's it gets dark,
we're gonna have us a time
We're gonna have us a time"

No. We should be humanistic. Patriotism is a loaded concept. The military (and civilian populace) that commited genocide on the Native Americans, and tried to do the same to the Chinese in this country in the 1800's; the enslavement of African Americans: all of these, and more, were done done by "patriotic" people and institutions who seemed to think it was all divinely ordained and sanctioned by their governments.

Do what you can to perpetuate a free and self-governing state, to make your home, whether indigenous, or transplant, a better place to live. But notions such as patriotism and nationalism are dangerous to the overall well-being of humanity when they begin to be used to divide people as is now quite evident in certain media and organizational contexts.

@jioo087 thanks, I have given this topic some thought. I did not even want to venture into the "war for profit" territory which brings in a whole other dimension.

I have just never been that person. It has always seemed silly to me, especially when l was in the Army.

There's a galaxy of attitudes that could fall under the banner of "being patriotic" from a simple proud identification with the place of your birth to ugly nationalism. Maybe instead of asking if we should be patriotic the question should be how should we be patriotic.

Your asking the wrong guy. England won on penalties last night and today is the 70th anniversary of the founding of the National heath service.
Oh happy Independence day btw

Yes after your family and friends your country should be next for the benefits it provides.

Yes be patriotic. Just because we have allowed criminals to run the government, does not relieve us of our duty as citizens. As I understand it, no matter where you go in the world, criminals have infiltrated most democratic governments.

You can include a link to this post in your posts and comments by including the text 'q:122420'.
Agnostic does not evaluate or guarantee the accuracy of any content read full disclaimer.