Are they waiting for an attack?

Do you ever feel like coworkers are constantly itching to defend their faith against you, even though you never bring it up, and there are 20 of them and only one of you?

When I worked I never gave it much thought. The only one that tried to push religion on me was my immediate supervisor and I reported her to HR.

Just ignore them and carry on being an awesome human being. It will frustrate them no end if you don't offer them an opportunity to "witness" to you.

@Cast1es I also toss a bag with a bell in it every now and then.

@BufftonBeotch Sorry , I don't get this one .

A distratcion to the easily distracted.

At work I never talk politics, race or religion. Good way to get fired. 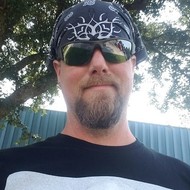 There are religious people that have a difficult time understanding how someone can be atheist. I think it's a challenge for them because it makes them question their own faith, and that's probably why they are always on the defensive.

I don't have that problem, but then again I possess The Holy Hand Grenade of Antioch.
Just kidding ?

No (but I realize I might be in the minority). There's only 25 people at my job and they all know where I stand. Circa ten years ago there were a couple people who tried to "enlighten" me but I shut the door pretty hard by saying if your god does exist, he's kind of a dick, and I want nothing to do with him/it 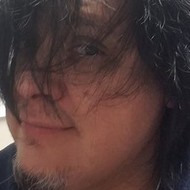 Constantly....but then, I teach at a Jewish high school!

I think almost all believers have doubts which the try to stuff deep down inside them where they won't be bothered by them. Then, when an atheist comes along, they re afraid of their own doubts, so the go on the attack to try to keep them stuffed deep down. They re trying to keep themselves convinced as much even more than they re tryignto convince others.

In short, if they give in to their doubts, then everything they based their entire lives on will dissolve and they will geel vulnerable, because they could no longer be a part of their religious group and they are more afraid of being alone than they are of anything else.

I think this is spot on

I don’t talk about religion with my co-workers and if they do I just respond with platitudes. Don’t engage with them. Look for commonalities, not differences, that will help your situation.

I don’t talk about religion with my co-workers and if they do I just respond with platitudes. Don’t engage with them. Look for commonalities, not differences, that will help your situation.

Not really... I am outnumbered big time, no doubt about it. However, since I don't really care what they believe, I don't get confrontational with them. Even if they are mislead into thinking I am one of them then that's fine with me too

no body knows I am agnostic, so I don't feel attacked..

I don’t feel attacked. I think they are disappointed when I don’t attack or behave in the manner they imagine atheists behave.

Let it go, sounds like you are looking for it, focus on your job.

@Cast1es naturally I could only surmise from limited information. I’m not in the bully caragory. I hope it works out.

@Cast1es I'd have to guess he was speaking to TC and not you, unless you started this topic under an alt.

@ArdentAtheist " Naturally ," you adjusted blame , and threw the ball in my court , when there was absolutely nothing in the limited information that even suggested , I was asking for this . Unfortunately , the same attitude abounds around rapes - "You were raped ? You must have been asking for it ! " I realize you most likely hadn't been thinking much before you made your comment , but this attitude is not uncommon . You're being defensive for men in general . Had I gone to Human Resources , it's very likely there would have been the same comment . I have long since retired , so there are no more work related issues . I am a much happier person . And no , I am not a man hater . I do however hate how many men , in general choose , to treat women , in general .

@Cast1es ok, if that’s how you feel... you have decided I belong in a particular box., cheers

Was sitting in my cubical at work one day , when five or six male co-workers suddenly showed up at the open side , one of them carrying a Bible . Someone said to me , according to the Bible , you have to do anything we tell you to do . I responded , that's your religion , not mine , but let's have a look at the passage and see what it says . He handed me the Bible and I read the passage , which said , a woman should obey her husband . So I looked up at the group , and replied , "OK , which of you kind gentleman wants to marry me and support me in a style to which I'd like to become accustomed ?" One of them said , she's not falling for it , and the crowd faded away . It is not uncommon , in my life , to be attacked , using unsupportable arguments , intentionally screwed to effect an argument when the , "facts ," don't support the argument .

That is flat out harassment and a matter for HR.

@BufftonBeotch That probably was HR

@godef "The Power of Christ Compels You"

I work in a 4 piece band. 3 nonbelievers, 1 believer. Not a problem.

I don't think my co workers would care if I told them im an atheist.

Generals gathered in their masses...

I work in a law firm in the south with a LOT of people. Religion doesn't come up in conversations. Not even when a group of us goes out to lunch.

Pick your battles, don't be drawn into one of their choosing.

If anyone brings it up, just say "Religion is not an appropriate topic for a place of business. Thank you."

In my case those attacks come mostly from family.

You can include a link to this post in your posts and comments by including the text q:154984
Agnostic does not evaluate or guarantee the accuracy of any content. Read full disclaimer.