Who is your favorite villain?

I've been thinking about what makes a really compelling villain. Who are some of your favorite villains? What makes them awesome?

do the flying monkeys on the Wizard of Oz count?

They are minions, the wicked witch was the villain in that flick.

The flying monkeys gave me nightmares!

I played a combination of a Winged Monkey/Head Guard when I was in the 9th grade. It was a Catholic High School where most kids wanted to be jocks. Our Drama Club was a wee bit underpopulated. I had watched all of the "Planet of the Apes" films, and was asked to teach the rest of the Flying Monkeys how to walk and talk.

Javier Bardem as Anton Chigurh, the hitman in No Country for Old Men.

Thank you for reminding me of that performance! That was one of the most frightening villains ever. I think even better than Ledger's Joker.

Yes, Bardem also featured as the arch villain in one of the latest James Bond films

Mojo Dojo from the Powerpuff Girls.

Mojo Jojo was the best part of the Powerpuff Girls, hands down...

Yahweh, for mass genocide, ethnic cleansing, and the near obliteration of the human race, yet maintaining a loyal following. That's some true wickedness right there.

Okay, serious answer: I'm drawn to villains that are flawed but not in a cartoonish way. I like them to be people with hopes and dreams, but who have something deeply wrong with them. Perhaps their horrific acts are the result of blind anger or a mental imbalance or even a philosophical perspective that, if you try a little, you can empathize with. But I think there also needs to be something truly frightening about them, something unpredictable or an amoral aspect that leaves you feeling uneasy about what they could do at any moment.

I prefer a villain like Magneto from the X-Men franchise, because, though he's the enemy, you totally understand where he's coming from and why he feels the way he does. He's not evil, per se, but he is willing to do whatever he thinks is necessary to bring about the world he envisions for the survival of mutants everywhere.

@silvereyes Hahaha! I hadn't seen that one. That's awesome! I like Pet Holmes a lot.

@silvereyes That's hysterical! Thanks for sharing it.

Catwoman from the old batman

there were 3 in the tv series.

Come on! Julie Newmar Catwoman is one of my favourite Goddesses. She was only bad from some angles, like all cats are. She's wonderful. She was only bad because she wanted Batman to love her and save her. And he was such a smuck he couldn't see it.

Julie Newmar. Accept no substitutes. Boy, did she give my 7-year old body something to think about.

Oh, there were Cat Women other than Eartha Kitt?

I have to agree with others here who like Heath Ledger's portrayal of the Joker. His is the darkest, most layered version of the villain. It has no camp at all, unlike Nicholson's, who was a good baddie, but still patterned after the Cesar Romero version from the original Batman TV series, right down to the cackle. LOL! Also agree with others here that Ledger's loss was huge.

I love Jane from the Twilight saga. The book was better than the movie. 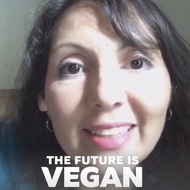 I don't know much about the character, but I suppose Thanos will make my list after I see Avengers: Infinity War. He's supposedly one of the top most powerful villains ever.

All of them are either powerful, creepy, diabolical, quirky, assholish, or evil lol. Makes for good entertainment.

Macbeth. In many good stories the hero starts out vulnerable and grows wiser, stronger, and more virtuous as the story progresses. It is the opposite in Macbeth. He starts out as a loyal soldier for his King and devolves into a villain with no qualms about murdering anyone who gets in his way.

Well I think Lady MacB egged him on and shares some of that. But then again Life's a Walking Shadow, a Poor Player....

Ironically it's one of the best couples in Shakespeare. @David1955

I think MacBeth must be Vladimir Putin's role model.

Donald Trump and his sidekicks Pence, McConnell, and Ryan. They represent the epitome of evil.

One of my favorite Twitter handles is someone named "AynRandPaulRyan".

Negan from The Walking Dead! Delightfully diabolical and easy on the eyes

How about Kevin Spacey, just the man himself?

Wicked Witch from Wizard of Oz . Y'all know...The one with Judy Garland. Yea that witch. Take your pick of East or West. 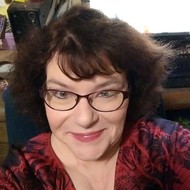 Anakin Skywalker. All he ever wanted was to save Padme and gain immortality.

@silvereyes don't u just love to hate him lol

You can include a link to this post in your posts and comments by including the text q:19730
Agnostic does not evaluate or guarantee the accuracy of any content. Read full disclaimer.