What’s some of the most addictive games you’ve ever played?

I miss gaming. My friends all married and moved on

I played for years...but when I became a musician and, by proxy, one of the 'cool kids', it went out the door....I would start playing again, but I don't know anybody who plays anymore...or who has time...sigh.

My oldest son started DMing for me and my two younger kids a few months ago. Now it's a Thursday night thing for us. We're all having a blast!

@Meiliken and @Fearlessfreep I am jealous! D&D! D&D!

My brother is king of chess lol. I’m bad at that game, though. Lol

Legend of Zelda. Played originally on NES....obsessed to this day 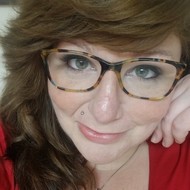 My top 3 in recent memory are:

Gwent: A card game based off the Witcher universe that has gone above and beyond what the simple mini game was in the 3rd game. Hundreds of cards, factions and paradigms that fit almost any play style, a rule set structure that cuts away as much 'randomness' as can possibly be done. There will always be bad card draws, but thanks to how deck composition and rules work, you can control the odds of your deck in a much more strategic way than in many other card games.

Blazblue: I like plenty of fighting games, but this one will always hold close in spite of things that might piss me off about it. Addictive, deep, snappy gameplay with a healthy sized roster of characters that all play uniquely to suit any ones needs. There is just something satisfying about honing your skill with a character(s), and going toe to toe with other people on or above your level. It is endlessly satisfying to win a match from the brink of death, or simply out playing a reading the other player. Spending hours in the training room figuring out things for the characters you play and applying them to real opponents.

Love the Xcom games, did you play the originals?

@Fearlessfreep Yea I've played a bit of the original, can be a little tough given how some of its mechanics jave aged. But man, Long War2 and War of the Chosen have given Xcom2 such insane value.

My oldest so has played them all but I've only played the first of the new ones. I'll snag them at the next Steam sale

@Fearlessfreep Xcom2 complete was recently announced, contains all the content for 50 bucks. Go get addicted, now.

Oh, yes! I love that game. That one and Yummy Maina.

Doom and Call of Duty are addicting

Lords of Legend, I got to play a hotchick who could slay undead.

Candy Crush Saga at the moment. I used to be addicted to SIMs I was playing SIMs when the World Trade Centers went down.

SCRABBLE! I'm an avid player. My IRL Scrabble buddy moved away, though, and I've been unable to find anyone who will play me! My work colleagues decline now, after being trounced a time or two, and I've been unble to get a club started.I play online at the ISC site, which is great fun. But it doesn't replace playing a flesh-and-blood person.

EverQuest II, and all of the Elder scrolls games. Oh and Diablo II. All PC.

Tetris. NES Golf. Not kidding. I hate real golf. But everybody would come over to our house and play our nofriendo golf game. For hours. And hours.

I'm sure theres many I'm forgetting and GOOD because I'm a game junkie and I need to stay on the wagon...

ETA: Black & White (clearly the problem lies not with the games...)

Many card solitaires. I tend to always have the app open on my phone or tablet. I also have dreamed of the "Settlers of Catan" board from time to time.

Cards against humanity. It's a great game.

On the casual front, CAH is the big winner. Exploding kittens is pretty fun too.

If you want to talk nerdy, I've played Magic the Gathering for years. Draft tournaments are a lot of fun and a good way to get started. All my kids play to some degree. We all play Dungeons and Dragons once a week. we also play King of Tokyo, Smash Up, Munchkin, etc.

On the video game side, I played the hell out of Burnout, Paradise City on the xbox. A sandbox driving game, what's not to love? I wish they'd make another one. On the PC side, my kids and I all played the hell out of all the Borderlands games. Playing four player co-op with them is outstanding. I built them all low end gaming rigs so it's a LAN party waiting to happen around here.

You can include a link to this post in your posts and comments by including the text q:21151
Agnostic does not evaluate or guarantee the accuracy of any content. Read full disclaimer.