Do you think you should love and keep your enemies close?

I don’t have to walk around and wish bad on my enemies, but I certainly don’t want them near me depending on how bad an enemy is and what they’ve done. I look at it like this. You can’t always be nice because the world isn’t nice. It’s always in one’s best interest to look out for oneself before allowing themselves to be taken advantage of by a potential bad person that could really cause them harm in the long run.

I prefer the company of some enemies over family .

My family contains most of my enemies.

Your post made me think. I honestly can't think of anyone in my life who I would consider
an enemy. However, if I had any, I wouldn't want to be anywhere near them.
As far as 'loving' them goes, I don't really wish anyone ill (except 45, him I wish a massive, debilitating stroke--Pence, too), but I'm not going to 'love' anyone who I'd consider an
enemy.

Yeah, I forgot, now I have five instead of two. The two who are not famous; then trump, ryan and pence. That's five. Wish them nothing good for the rest of their days.

@JeffMurray Pay the piper, yes. Sanders, no. But, I have to reserve my "wish bad things" powers on a limited number of people. I've decided five is the limit.

I was thinking of "enemy" on a more personal level.

Spreading lies for other people that are damaging to the country I live in, and an affront to intellectual discourse everywhere is enough for me. @BlueWave, you should have spent your first wish bad things on 10 more bad thing wishes, like me.

@KKGator, you don't think you can hate people on a personal level you never met? What if they passed a law that made it illegal for KKGators to get married or took away their Social Security or healthcare coverage? That, to me, is a personal attack worthy of me wishing I could see their insides spread across the floor.

@JeffMurray I get what you are saying. However, I wasn't looking at the question from your particular perspective. I wasn't defending anyone who justifies discriminating against anyone else. If you've ever read any of my posts, I think I've made my positions very clear on issues concerning equality for all.

@KKGator Oh, I didn't think that. I was just pointing out how comprehensive my ability to hate was.

Hell no! Run the other way!

Anymore these days feels that love is just a chemical reaction that a can be controlled with proper Vulcan mind control protocol.

I love ALL my brothers and sisters in my human family. There are many that I do not like nor care to be around. As for enemies, I keep them as far way as I can possibly keep them.

Keep your enemy close so you know what they are up to , so they can't harm you , love your enemy is an other story all together , but it's probably a good think , if you love every body including your enemy , it also mean you transcend them in a sens .. 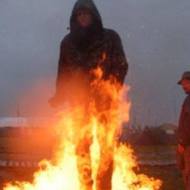 Best way to defeat an enemy is to make him your friend.

In the age if narcissistic abusers, I say no! Block them on your phone and social media. Never talk to them. They are manipulative and live simply to drag you down. They are beyond help and the most you can do is hope they find this out for themselves and try and rebuild your life.

Very well said. Zero tolerance. It is the only way to survive the experience.

I think the saying was more relevant when your enemies might literally stab you in the back. At the same time people who are abrasive might only seem that way because you don't know them. Love thy neighbor should be more like tolerate thy neighbor and understand that they might retaliate if you piss them off.

Do we really have enemies? I have a brother who would try and kill me occasionally if and when he gets the chance. I have upset a lot of people over the years in business, I am a gentle giant really but I don't like to waste time so when I have to put someone in their place, it is pretty final. Many people would say I am harsh at times. I think many people enjoy it when I hit a rough spot or have a monumental failure, but I doubt they would actively cause a problem for me.Except for said brother and my ex-wife.

i am not even required to breathe; i do all that of my own volition = free will. so, no, "should" definitely does not come into the equation. surrounding myself with enemies does not seem to result in the peaceful life i prefer.

I'm trying not to have "enemies". I'm trying to love everyone, no exceptions. It's hard.

Very true words, the world is full of good and bad people

I cannot be a two face individual. I cannot act nice around someone that I know is working against me. I will let them know that I do not trust them, and I cannot keep them close to me. I will be very aware of all that they do, but I will not be able to act nice and smile around them.

I do not know if I have enemies. Don't care enough to make any or find out. So, moot point in my life.

No ... I want my enemies as far away as possible, so that I can minimise stress. I can understand that view in politics if you are Machiavellian but not if you want a peaceful and happy life.

I live in a room and board and there's a dude there who is probably one of the most obnoxious people I know. I don't really care for him but I'll be nice to him because I hate conflicts and I don't want to have to come home to someone I'd constantly be fighting with.

not love but keep close.

No and no. Way too much focus on negativity.

I am pretty anti-social. I tend to observe behavior to judge whether I want to socialize or not with anyone. This gives me a pretty small list of friends and enemies.

There are only two people in this universe who I wish bad things on -- not like I have any power; and I certainly don't waste my birthday wishes on them either. And, the further they are away from me, the better. If something bad happened to either of them, I would not shed a tear, and might even have a drink to celebrate their good fortune.

I'm with ya, sister. I wish bad shit on people I hate, and invariably, people tell me I 'shouldn't do that' or 'what if my wish made that come true?' I say, "Are you kidding me? I would love that!! Not only is terrible shit happening to people who wronged me, but I just found out I have super powers? Best day of my life right there..."

"Enemy" is a dangerous term in our culture. It is used to circumvent critical thinking and move people to act on emotion instead of logic. That is a strong enough reason to always look at a situation when someone publicly labels someone or a group an enemy. For everyone that has earned it there are billions who haven't, but you can't have a population going around all willy nilly with pangs of empathy once you've hooked your cart to senseless Nationalism. It also makes the word far more common than it need to be. When you use it for rock bands or sports teams fan bases, political groups, social acquaintances? Total bullshit.

Never ceases to amaze me when I've found out someone referred to me as an enemy, when another word was far more socially acceptable and appropriate, and are confused that I am upset about it. You say enemy to me, I'm thinking The Art of War or Book of 5 Rings, not the Gospel, and you had better understand the definition of the word.

Personally, if in my mind you are my enemy the love train left the station already, you weren't on it, and I did everything I could to get you there. At that point we're done. Don't like that side of myself, but I've been stalked and had to deal with enough sociopaths in my own life, they never learn, and I do not tolerate it anymore. Great question!

I like that. The love train left the station and you weren't on it. That definitely applies to one person in my list of five.

@BlueWave Presented to you with my compliments. It does describe how I view the experience. I can still be nose to nose, looking them in the eyes, but all I see is the smoke off in the distance. I think I really do try to avoid it though. Hate takes way too much time and energy with too little return at this stage of the game. All the best, enjoy your weekend!

You don't need them near you. The least they know about your biz... the better it will be. Let them guess and try figure out what is going on with your life, do not present it in a silver platter.

Makes it easier to know what they’re up to.

The two people I have in mind are not "enemies" in that sense of the word. I wouldn't even know how to process the kind of drama that entails "keeping your enemies close."

You candd include a link to this post in your posts and comments by including the text q:22642
Agnostic does not evaluate or guarantee the accuracy of any content. Read full disclaimer.