As a child, I was terrified of the god my family forced me to worship. I suffered nightmares and fears of God, killing me or my loved ones, for simple mistakes or "sins". Religion actually made my life harder. Were any of you, in a similar situation?

Fear based worship should be dissolved. Fear is a common tool of control. Freedom of choice and will should never be shackled by fear.

I feel fortunate to have not been traumatized, other than the occasional fear that I wouldn't make it to Heaven with my grandparents and other ones I loved. As I was leaving my faith, the words of my avatar reinforced the wisdom of my choice to go.
"Any system of religion that has anything in it that shocks the mind of a child, cannot be a true system."
Thomas Paine, The Age of Reason

Pictures of Armageddon were always just a page or two away when reading their literature.

I was talking to a friend last night about her upbringing in the Catholic Church. She said she was so often told that deceased relatives were watching her from heaven that she would use bath salts to make the water murky so no one could see her in the tub. What an awful thing to tell a child, that every move she makes is subject to scrutiny by unseen people who may not approve and who may report their findings to a vengeful God.

With this in mind be aware that god watches us take a crap. God sees this every day.

No. God wasn't too big in my life growing up.

Oh yes. I was so terrified to go to sleep because I thought the devil would come in the window to get me. I even thought he could come through my mirror. I had an anxiety disorder and I would break out in hives. My childhood was full of fear thanks to the religious influence in my life. I empathize with you. Damm them!

Thankfully I was not. However those that were religious around me, the term "God Fearing" never made sense to me as a child or today even. I never understood the Catholics I knew either but was glad I didn't have to go to confession!

At least I wasn't raised in anything like that. When I was in 4th grade my South Carolina teacher decided to ignore the constitution and we were taught a 1 hour fire and brimstone devotion thingy every morning. By then I knew enough to know that it was Bull Shit.

My parents would have been against this. I don't know if they found out about it and I don't know why they tolerated it. Fortunately, it ended the next year when i moved to a new school.

I didn't have nightmares, but I had fear -- of hell, of not being good enough, etc. I did not like the feeling of being "bad" for just being a normal teenager. That is one of the reasons I moved away from religion.

Oh yeah..then I liberated myself from all the guilt associated and instilled by society..fuck that shit..

I wasn't scared of God, but I was terrified of the devil. Every time I heard a little noise around the house, I assumed the devil was finally coming to take me away. I would have nightmares about him showing up or stalking me, waiting for the moment to strike.

One of my friends was raised apostolic, and she also grew up with a fear of God himself. Even now as an atheist, she feels bad about doing certain things (like having sex). That fear never quite left her. Apparently, that's not uncommon within the "stricter" religions, and it can pretty much amount to trauma.

Yes. My dad had a picture in my parents bedroom of Jesus surrounded by people burning in hell. Bright yellow, orange and red flames and people looking very distressed as the fire overtook them. It was very dramatic and frightening for a child. He also had this large ceramic crucifix with blood gushing from the hands, feet and of course crown of thorns. It made me think a lot about death and I was convinced I was going to hell. The Catholic school I was sent to (until 6th grade) didn’t have that imagery. In fact, I suspect they actively tried to get away from that.

My dad’s relationship with the church was different than mine and my siblings. He was tormented. My mom wasn’t religious and didn’t care for church. Being the youngest, I saw that my siblings didn’t buy it and that allowed me to question things pretty early. Years of therapy have been helpful.

For me, it wasn't god that was feared. I was conditioned to worry about the all-powerful "Ladies of the Church" and what will they think of me if they knew what I did, said or even thought.

Not overtly, but in retrospect, religion set my expectations of life ridiculously high, made me naive, and encouraged me to make a number of dumb early life decisions that I regret to this day.

The kind of thing you're talking about, just didn't happen to me. It was a combination of my personality, my parent's style of rearing me, and the exact dogma I was raised with. I've never been particularly vulnerable to self-loathing, my parents were very unconditionally loving, and my particular fundamentalist "tribe" was one of the milder ones, it even had a pseudo-intellectual bent that fit will with my natural headiness, and they emphasized the grace and love of god over law / judgment. I'd never describe myself as "terrified" at any point in time in my religion of origin.

That said, there WAS "religious suffering", mainly in the form of terrible cognitive dissonance of various kinds, especially the huge gap between how my beliefs explained and predicted lived outcomes, and what ACTUALLY happened. Mostly for me, I was worshipping a supposedly interventionist god and I never saw ANY evidence of said intervention, not even the negative interventions like "chastening".

I spent day and night always paranoid that everyone was going to Hell that I loved and I could remember a time I was convinced that if I didn’t convince them to get saved I’d be the one to pay for it. I also remember hating myself because I thought I was this evil sinner, who didn’t deserve to live. It didn’t help the stupid bastards were always holding jesus’ death over my head and saying I was the one who helped nail him to the cross. Damn religions!!!

I agree with you. Damm them for the harm they have done.

Yes, it was US who helped crucify Jesus and nail him to a cross. Poor Jesus. He probably got nailed more than anybody else and it hurt him the most. I think they used extra nails on him. (Cry now) We made it worse by not believing and we were the worst sinners. Come to Jesus right now for only $19.95. Tomorrow may be too late. Going up to $35.00 by Wednesday.

Yes, and please allow for a really mixed up kid. I had this dream, and I am not making any of this up.
God Jesus and holy spirit and they were in my world, trying to make me hop into some sort of small carriage, like on the old style roller coasters say 1962. God was really angry and aggressive, Jesus kept trying to keep thing calm and the holy spirit was just a total idiot. But it was a nightmare, the god dude scared the hell out of me. Now here is the weird part, they were Moe Larry and Curly, but they were still the holy trinity. As in the characters in my mind were the stooges, but in the dream they were god etc and it was a serious dream.

I think the universe was telling you to not take religion too seriously. You must have been terrified by that dream.

Some of my siblings, including myself, have suffered Incubus Nightmares or Sleep Paralysis for years. I've had some very vivid, TERRIFYING nightmares, and even on one occasion, actually became Somnambulated(Sleep Walked)
Haven't had one in a long time now. Just maybe they have stopped. 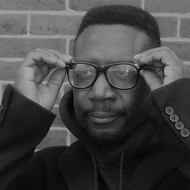 I would sleep walk, multiple times a week. I even use to sleep walk in boot camp ????

I was more scared of the devil and hell when I was younger. I remember praying for god to let me die before I passed the age of accountability so that I wouldn't be at risk of going to hell. I was terrified that I would sin and go to hell if I didn't die before I had the chance. Then when I was a little older I was severely depressed. I couldn't understand why I didn't feel god's 'presence' in my life, and struggling with my sexuality was extremely difficult. I thought god hated me and I began to hate, and hurt, myself. Then as I started reading the bible more and realizing that it just didn't make sense I still occasionally had a fear of my parents doing something because god told them to, the story of Abraham and Issac was particularly worrying for me. I still struggle with depression and shame but im in a much better place now and still working on it and overcoming my fear of hell. Its crazy that I can fully believe a place doesn't exist, but still have fear of it at times.

Yeah, I feel ya. Fear of hell was incredibly traumatic for me.

It would be difficult to quantify the damage done to young people by these heinous religions. I think it must be huge.

Join P.A.T.C.H. and we can stop the hate pushed on us as children of hell fire and other lies. Your voice matters look us up by going to my home page and looking under my groups.

Yep, that is child abuse in my opinion.

No! but I think I can understand your fear, I had tremendous fear of my family who were mentally unwell and unpredictable.

That is child abuse pure and simple. As a chilld post epiphany I kept my true beliefs to myself and just went along with the crap outwardly. Everything from saying grace at dinner to attending Sunday service that I tuned out as I thought of other things. After a while the preachers droning is just so much white noise in the background.

I have scars from asking questions.

You can include a link to this post in your posts and comments by including the text q:26828
Agnostic does not evaluate or guarantee the accuracy of any content. Read full disclaimer.