Once a woman told me she wasn't opposed to having another woman in bed with her and her man.
How many men would let their woman have a physical relationship with another woman that he couldn't participate in?

How many woman would let their man have a physical relationship with a man that she could particpate in?

From my observations there are few people talented enough to be able to do this successfully without risking the whole thing and everyone involved. I've met a couple of these another lifetime ago but they were rare birds in that they had the gift of making anyone they were in contact with feel special, they simply had the personalities to pull it off.
I have friends who say they're poly and whatever works for them but it would not work on me if I'm really focused on someone.

Most, IMO, don't have the skills required to do this with any sort of finesse.

@SingTheGuitar There are some danged strange people on this page I have to say.

@SingTheGuitar and when did having open relationship equate to molesting kids???

@SingTheGuitar Wow.......Uhm.....okay. I think the ability to effectively communicate is indeed a skill and actually even a talent. How you went from a sexual experience between consenting adult to priests molesting kids doesn't even compute in my brain. I'm getting Error messages no matter which way I try to look at your statement. Now I'll go read your profile to see if that sheds any light.

@SingTheGuitar Poly people see being honest about not devoting completely to one person as being moral. Poly does not a pedophile make. Disgusting comparison, shame on you. There are no shortage of so called "monogamous" that have done the very thing you're alleging about poly people. The two are not the same.
Would I be poly? Not likely, but no harm no foul. My friends are great people. FYD

We have a middle, she's 26, that comes down mostly on Sundays to spend time with us. Although she has shared time with both us, she is more interested in Mary, females to be exact. I have no problem with it. I've been following the bdsm life style for over 20 years when Mary came into my life. And her life was basically like living under a rock with her husband, being financially used by him. I was able to open a door to her bi-curiosity and encouraged her to fulfill that desire. Sexuality is like a finger print. Many of us are quite similar, yet some of us have deeper and different desires.

Nope, me and only me.

Slippery slope...other factors would play into this for me as well.

It's important that both parties clearly define what is mutually acceptable. It may be OK for one of you, but not the other. Fairness doesn't come into it - it centers on mutual pleasure. My greatest loves have been with promiscuous women. I don't care who or how many lovers my partner has, as long as our partnership is the cornerstone and is not threatened. My "wife" can spend the night out, or bring them home as long as it's always clear that I am the foundation of their life, as they are for me. I've had some magnificent experiences. Sexual jealousy is, I believe, a mixture of insecurity and a desire to own someone. I don't want to own a woman, I want a dedicated partnership and that encompasses my desire to have her indulge in any pleasure that takes her fancy. Watch the woman you love make love to her lover ... it's a work of art! Sure, there''s risk that your partner will run off with someone (it's clearly happened to me), but that risk is greater if they donb't have freedom.

I believe that trust is the foundation of a good relationship. If the partners are willing to be honest with everyone a lot of pain and suffering can be avoided. Research show that we are not naturally monogamous. A good resource is the book Sex Before Dawn. Another one I recently liked was Stepping Off The Relationship Escalator. Where do you want your relationship to go? When you get there how will it look? .

My first instinct is to say "oh hell no" but it is really more complicated that that. It depends on so many other circumstances. I would say I'd consider any variation, but it all depends on too many other factors to make a blanket statement.

The best sex is free sex. Boundaries are appropriate and allowed but for myself...I enjoy exciting new experiences, pushing boundaries and freedom to enjoy as much as possible without shame.

I encourage and even insist on my significant other to have another relationship with a man or a woman. I find being the sole emotional support of another adult cloying.

I've never had an issue with physical promiscuity. A partner of mine can have sex with who they like, as long as that's all there is to it, they're sensible from a safer sex perspective, and above all, they're honest with me about it. It's that last element that's key for me. If they're not using protection with someone else, or a condom broke, then I want to know. It could mean me insisting on safe sex with them until they've had an STI screening with negative results.

It's the emotional side where I can get jealous. If I feel someone is replacing me as my partner's 'significant other', then we have a problem.

This has come up often in a few ralationships. Women these days are not afraid to say they are curious. I am not threatened by it at all. Many of my female friends have experimented but remained mostly straight. I can't see it does any harm at all.

Consenting adults can do whatever they want to do.

I am in a poly marriage and my husband and I both have other partners. It takes a high level of trust, respect and communication to be successful at it.

If a couple is doing it to strengthen or spice up their already strained relationship it will only exacerbate any issues they have.

You have to work through a lot of emotions but the growth during the process can be incredible. There are few who are willing to do the inner work necessary.

I saw a Ted Talk about how humans aren't naturally monogamous. I agree. Man created these "laws" or "rules". Also, sex does not equal love. We have made basic nature very complicated. 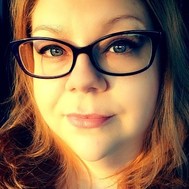 I'd prefer to watch or join in, but realistically, we cannot control our partner. They will do as they feel and need. People who must control are dangerous, and I avoid them. On the other hand, leaders are OK, but can be seduced by the power of control. Life is more nuanced than these questions suggest. 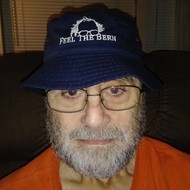 I've always been a one-woman man. I've never been unfaithful to either of my 2 wives, nor any girlfriends within a committed relationship. But I've been cheated on by my ex-wife of 20 years, and multiple girlfriends. you either want to be with me or you don't. If you don't, just friggen LEAVE cause I no longer love you.

No, if you love and care for someone else then your focus should be on them, not elsewhere.

If I met a couple of nice looking women and ended up having a bit of sexuel fun then yes id go for it but it would be just that, a bit of fun and release. if I was with someone as a partner for life then no not for me. its just personal choice. I think its fine for others to have any relashionship they want with who ever they want and as many as they want as long as no one is really getting hurt too. a fantasy is different than a dream.

Although I don't seem to get jealous, if I allowed a male partner to have same sex relationships while I am with him, I would be putting myself at risk of HIV, so no.

I used to be up for it, but now I think it would be too complicated, since someone is eventually going to feel left out.

I really don't understand the concept of an open relationship. My thoughts are just be single and STFU.

To learn that what you offer is not enough to satisfy the one you love... must be devastating. For fun and games... among consenting adults maybe is okay. What is the Motivation?

Would depend on the sort of relationship, can't help but imagine that the relationship wouldn't be too serious if it was open. Might change my mind though.

@Donotbelieve an open relationship in my lexicon means a mutual agreement under terms to have intercourse and sexual dalliences with others. I think that's the common understanding of the word and a person in a relationship is by default exclusive. As far as I'm aware.

@Donotbelieve would be a great excuse for cheating 'I assumed this was open!?' Lol.

@Donotbelieve my advise is never rely on someone fully. Be inter-dependant or depended apon, that way you have bargaining power. They cheat, you kick em out, make sure everything that you use is in your name and never buy them a gift your not willing to loose. &&&& never ever get married.

If you put a ring on it then that's it. No more fooling around. Do literally everything you want before you make a promise to be with a person or really there's no point in making the promise. If you're having an extra-martial relationship while you're married, then your spouse is just a really good friend. And you could have gotten everything from them that you do currently without all the paperwork.

I hold this view particularly in regard to children. If you have children then you are responsible for devoting as much of yourself as possible to that child and have an obligation to stay with their parent. Children shouldn't be subjected to or affected by your sexual preferences for more partners.

You can include a link to this post in your posts and comments by including the text q:38971
Agnostic does not evaluate or guarantee the accuracy of any content. Read full disclaimer.