Maybe I should start a group called "women who love men who love themselves". That's about how my dating life is going now.

Mat Boggs needs to have a youtube channel for men.

You have to love yourself first more than anything. It doesn't have to do with arrogance or narcissism. In my opinion is the healthiest way because you're ready to love everyone. Of course I might be wrong...I'm just a man 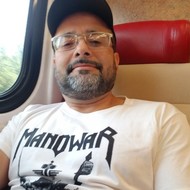 You are wrong. However it's probably not because you're a man. I do agree you need to love yourself however there's self love and then there's ego-driven assholes. You need to learn the difference between the two of them.

I totally agree with you. That's why I told it has nothing to do with arrogance or narcissism or ego driven assholes. Self love...it's not hard to see the difference though. Not at all...

There are some good ones out there, they are hiding and we need to find them.. before they disappear for good.

@NFAguy53 and what type of "mold" would that be? I was being a bit sarcastic on saying they are hiding. It really is all about timing and putting yourself out there to find someone. Not everyone is ready to do that completely coming from both sides.

@NFAguy53 I am actually looking for nice man to date. I just don't seem to fit their mold I guess.

They may be right in front of you. Just saying

@SonderOpia Same here.. a bit to brassy and sassy for their taste.

In general, the only men who "fall in love" with women totally, ready to give their lives to protect and care for them, and are faithful to them, are cis, hetero men.

Cis, hetero women are, in turn, attracted to these macho men, since statistics show that people at the extreme ends of the gender spectrum (the most macho men, and femme women) are the most successful at long term relationships and raising progeny. However the statistics also show that these people average the lowest IQs.

If you are a woman who is attracted to intelligent, talented men, you will likely be attracted to men who have unstable female traits..being picky, critical, moody, jealous, prone to leaving relationships, etc.

Good luck with that. I am one of those highly male-ish women who is attracted to talented, female-ish men, and, so far, it's never worked out for long.

I like guys that are nice. I don't care if they're jocks or nerds or whatever. I just want to be treated with kindness and in return I'll treat them the same way. Plus until you go out with somebody for a while you really don't know them. I mean some, like this guy, shows it after a brief time so he did at least save me some time and energy. Dating does just hard period.

Decent men are out there. We just get passed over for the studs wearing the black hats and driving the big black 4x4 trucks.

@SonderOpia There's different versions of that guy. That's just the visual description of the type in my area. He's a poser and us guys can spot him because we 'know the code'. Just think of it like this-He's all hat and no cattle.

Love your description! Also there are many of us out here looking for the decent guys and will gladly bypass the black hats and 4x4's.

you need a new outlook

Of course it's me it couldn't be a narcissistic asshole it has to be me right? I need to change my Outlook but they don't need to change their attitude. Fuck you. That's my attitude towards that statement.

that's not very nice. you just assume I'm being horrible. it shouldn't be a crime to be nice but these narcissistic assholes with a bad attitude take advantage of nice. do you think they will change? did they force you to be with them? the common denominator here is you. I've been there and now I'm out single with a new outlook myself. you can have whatever tantrum hissy fit you like. life's about choices. make a mistake because of someone else its there fault, do it again it's yours. once bitten twice shy.i don't care about your love life and can't do anything if I wanted too. that's my attitude to your unnecessary statement, after all, if you had spoken the same to these men in your life as you happily did me we might not even be having this conversation.

I just have to say "That's funny"

A bit of self love is necessary; however, too much is a pain as it seems you have discovered. I wish i had an answer for you as to hiw to avoid those guys but i think its hust a hit and miss proposition, unfortunately.

Ha! Ha! I am so sorry 'honey child!' Try what I did...I stopped picking them! Sooner or later, your type will show up...it is all in the timing!

I love myself but not in a narcissistic way. It's a very long story, but the end result is I feel unconditional love for myself, and because of that, I can also feel it for others.

Keep looking. There are good men out there.

7 He brags about the size of his hands.

6 He spends an unusual amount of time posting to Twitter during your date.

5 He builds a wall on his plate between his gravey and potatoes.

4 He says his daughter is hot and he would consider dating her.

2 He says he is going to create a Space Force and it will be great and the best Space Force evAR!

I haven't always loved myself but I definitely do now

That's good and necessary...but don't shoot yourself out of the ballpark, with it!

Do YOU love YOURself ? And if the answer is yes - you might want to ask yourself why you pick/tolerate those kind of men ...

A good time to be fussy !

I do love myself and I'm not going to tolerate this Behavior. It just seems like the first second or third date it comes out and they're egomaniacs.

@SonderOpia good thing to know sooner than later to save you all kinds of angst. Their loss !

Now Sondy, a person has to love themselves before they can give love. Unless they are some kind of narcissist creep.

It's like trying to sell something. You have to get through your quota of "no's" before you find a "yes". And persistence counts! 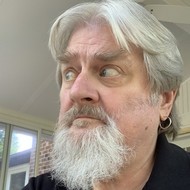 Lol poor thing. There's gotta be some good ones out there somewhere

Let me know when you find one.

@SonderOpia found one but he's so broken and jaded from past experience that he doesn't feel he can ever give that openly again. And yes it does bring me to tears

You can include a link to this post in your posts and comments by including the text q:41468
Agnostic does not evaluate or guarantee the accuracy of any content. Read full disclaimer.