You're on a long flight next to a believer who wants to talk deeply about their faith/proselytize. What do you do?

I tell them i like mythology though i tend to stick with Greek/Roman, & Norse mythos. Then i go into all the virgin births, gods hung on trees/sacrifices, resurrection stories, the similarities between christianity & egyptian mysticism...once they start getting pissed off, I smile, asked them to forgive me & spend the rest of the trip reading with my earbuds in.

Oh, I should be so lucky. I will start on the whole Nrse mythology, from Yggdrasil and the eight worlds right through Odin and his quest for knowledge. Their eyes will flow over when i tell them how Odin hung himeslef from a tree, upside down and sacrificed one of his eyes to be able to learn the runes.And if they are still paying attention, I will tell them the story of the Three Norns, the most powerful beings in the universe- women from the world of ice giants. And there are still so many tales to tell, Ragnarök, Valhalla, Fafnir and Jörmundandr, the world snake.
Are your eyes watering yet?

Can I sit next to you on your next flight please?

Me too! Stories! (grabs popcorn and a glass of ale)

@PappyOnWings Sure, sit with me. You can all thank my father for these stories ( he comes from Danish viking stock) and the total absence of television for the first 14 years of my life.

My favorite part is when the dwarves forged the chain to bind Fenris followed closely by Thor being tricked into trying to drink the entire ocean and wrestle a giant that he thought was an old woman.

@JimG Ah, fellow son of Midgard; so good to meet you.

@Palindromeman Ents are the creation of the adorable Mr. Tolkien. I could weave them into the sagas.

@Spinliesel I was just having a bit of fun there; but you could easily slot some Ents in for additional colour.

I have a wonderful talent for falling asleep after takeoff. There is no faking the sleep. I miss meals and don't hear screaming babies. I LOVE flying!

I envy you! How do avoid a cricked neck?

Turbulence and flexibility. A knee in your seat back keeps you moving.

I was stuck, in March on an 11 hour flight from China to Seattle next to a guy who looked like the Dalai Lama. That was the best part.

As the plane began backing away to taxi for take-off, he removed his leather, closed toed sandals. The stench was something from another dimension. My two adult kids were together in the next seats up. Daughter -in -law said later that she went to the restroom after we were aloft to check her armpits and crotch (I swear) just to 'make sure' it wasn't her!

Not the worst of it! For the following hour - two hours - as we're over Russia, he's 'breaking wind' about every fifteen to twenty minutes. It was an overnight flight, serving dinner and breakfast between points. Imagine now, will you, perusing a dinner menu with nostrils filled with aromas that would have made Limburger Cheese seem like a waft of fresh mountain air!

I'd have gleefully paid a hundred bucks for a seat next to a Jehovah's Witness!

Tales from the Dark Side, indeed!

Tell them I’m a atheist and I don’t believe in their bullshit.

I'm sorry. I'm just not into cults, but our laws clearly indicate that you're allowed to follow yours.

It is important to try and present them with another point of view. They seldom have a clue.

Tell them to STFU

I will politely tell the other party my view on religion and get them so upset that I'm not a beliver that they go silent. Then I smile and rest uncomfortably while the kid behind me kicks my seat and the person in front reclines their seat crushing my knees.

It would depend on the person and my impression of them as well as their persistence. I could ask a thousand stupid, annoying questions, pretend to not speak English, debate them, or if I'm in a bad mood and they come across poorly in every metric, I will be a complete asshole.

Do you invite the christian to pull your finger?

Tell him/her the plane is going to crash and we will need parashoot out, then hand them my backpack and open the door.

Earbuds, or I tell them to shove it. If that doesn't work, I give them the devil horns, and tell them that my toaster tells me to eat homeless people.

Do not make eye contact or allow anyone to engage you in conversation on a long flight. I boarded in Atlanta for a flight to LAX late afternoon, not packed. The other young woman spoke as we deplaned, stating that she was a speaker for " The Forum ". It's kinda like EST, but faster. I patted myself on the back for being silent and self absorbed. A good friend recommended that I try The Forum out years earlier. I was bouncing around from ending a 22 year marriage at the time, so I thought " What could it hurt? " It was 3 days in a hotel on the East coast of FL when I live on the W coast, but OK. It turned out to be a belief system without a god. They wrapped their presentation up with a lie, AND took 3 days to say something that could have been said in 15 minutes. I was so pissed at my friends I did not speak to them at all for 2 years. 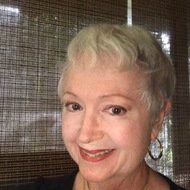 I remember EST back in the '80's. I still have old contacts, I can't really say friends, that 'practice'. would have thought they'd have grown out of it by now. I guess for some they need some kind of belief, even if not a 'god' to feel superior & in the know.

It would depend on the circumstances. If we accidentally got on the subject and the person began preaching, I'd probably just act bored, nod distractedly, yawn, then say something about I'm going to take a nap now.

Then I'd stop interacting with them, and ignore them if they start up later. If I only react positively when they leave me alone, or stick to normal conversation, and ignore them when they preach, it trains them to do what I want.

I think they would be quite sorry to start this conversation as I will shake their faith.

Same thing I do every time someone starts spouting bullshit about a loving god. Whip out my phone and start playing cartel execution videos. If they persist it is to the tor browser and live stream of something worse we goooo

I would attempt to explain and if all else fails tell them to shut the fuck up.

Tell them firmly to shut up as I'm an Atheist who has already been on the alpha course and found nothing in it to change my views on religion.

If that does not work then it will depend on what sort of mood I'm in.
If I'm feeling benevolent, then I'll say I have already seen the second coming on TV. It happened in Manchester back in the early 2000s, when the Son of God made it permanently noon at the Maine Road football ground. (This was the plot of a 2003 British TV drama series.) I have done this with Jehovah witnesses when they annoy me on my doorstep. ?

If I’m feeling particularly mischievous then I'll debate them and see if I can shake their belief and rock their worldview to its core so as to de-convert them. Come to think of it, this might have been the other reason my university’s Christian society described me as the Anti-Christ back in the day. Praise indeed ?

If telling them that I'm an atheist doesn't shut them up, and the flight attendant doesn't move me into First Class to get away from them. they're going to hear exactly why their entire belief system is completely full of shit.

Tell the flight attendant to see if there is a physician on board. We're going to need one soon.

I don't fly. We live in a country where the low bid gets the contract.

Ask the fight attendent for a parashoot. Failing that have fun debunking everything they say.

If they would nto be quiet, I'd chang eseats if I could.

If they persisted,and wanted to talk religion, I might go into why7 religion ins't really true. If the flight were long enough I'd realy do my beswt to shake their faith up. I mean if they are not going to be polite and insist on beign rude, i can be rude too.

You can include a link to this post in your posts and comments by including the text q:44543
Agnostic does not evaluate or guarantee the accuracy of any content. Read full disclaimer.