US ARMY is considering renaming army bases that carry the name of a Confederate officer. Good news? Agree/Disagree???

I've been waiting for this to happen for over 40 years! Why we have the names of traitors on our Military bases is a tragedy!!!

@JackPedigo yep, they are everywhere! All of them need to be changed!

Should have been done 155 years ago.

Just so they don’t name it after Trump!

If they did the troops (and officers) would all desert.

@JackPedigo you have more faith in the military than I do. Kent State murders happened in my lifetime.

@Barnie2years Judging by all the comments from the military recently one has to have more faith. I am also aware of My Lai and all the other horrible crimes by individuals in the military. Nope, the world is not perfect.

@JackPedigo My only hope is that such a large percentage of the military is people of color, they would be more willing to resist an unlawful order to fire on civilians or defend the Orange Buffoon. But Trump and Barr have already lined up various groups of primarily white SS troops to do their dirty business. At some point it may require a total revolt of the military in support of the Constitution to get them out of the system.

@Barnie2years With all the mostly retired military high rankers condemning him that might happen. My one fear is what happens during the interim time if/when Biden gets elected? Al hell might break lose.

@JackPedigo I am not looking forward to that either. Given his lack of anything approaching human decency knowing he is trying to get re-elected, he will really go wild when he has no stake in what happens next year.

good news. The southerners will shit their pants.

Mobile, AL, just removed a statue of Confederate Adm. Raphael Semmes. Of course, the Alabama AG is having a cow.

I agree. NO government displays should include the traitors of the USA.

“An online questionnaire by Stars and Stripes found that about 88 percent of more than 18,000 respondents opposed changing the names. Many of them considered changing the names a needless bow to political correctness or an insult to those they consider national heroes.”

@Fred_Snerd I don’t know what to make of it. There’s an awful lot of tradition associated with those names. The claim seems to be that the names are insulting to Black soldiers. Before hasty actions are taken I hope a survey is taken of the soldiers.

A Pew poll showed that a majority of Blacks favor leaving Confederate monuments in place, but a zealous few seem to be ruling the day on that issue.

Maybe they should just have amended names like: Fort Surrendering Lee in Virginia, Fort Cowardly Hood in Texas, and Fort Defeated Bragg in North Carolina.

All of these scum who argue that the Confederacy was just fighting a war of "North vs. South", not of racism? About their heritage? Bullshit. Maybe its about that also, as a side note, but they are each a POS who should be told so, nearly every single one of them is racist, redneck, fundamentalist scum. 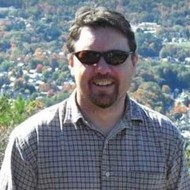 You can include a link to this post in your posts and comments by including the text q:504210
Agnostic does not evaluate or guarantee the accuracy of any content. Read full disclaimer.