My message to Joe, Nancy, and the voters who would have us believe that taxing corporations heavier solves any problem.

Corporations do not pay taxes. The customers, clients, and users of the products and services provided by corporations pay those taxes.

In reality the Corporations function as the tax collecting agent for the government. They do this by adding the corporate tax into the price of their product. This adds yet another layer of bureaucracy to the system.

Where the client base is a series of corporations, the tax burden is kicked down the road. It accumulates until you, the end customer pays.

Ultimately only individual people, you and I, pay these taxes.

Corporations are deemed to be persons under law. All persons must pay income tax. But, corporations have special privileges, like eternal lifespan, exemption from serving jail time, and extra-low tax rates (in this country).

I'm not writing this for @dumasarok, but for the readers who are capable of assimilating new information.

You may have a good point. I'm not convinced that your conclusions are correct.

I am certainly open to your argument. I do agree that the system is not amenable to reform.

I find it amusing that professed agnostic/atheists react the same way as Christian apologists when confronted with information that challenges their preconceived beliefs. 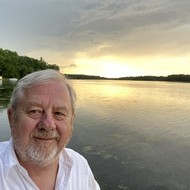 Corporations do and should pay taxes. They constantly lobby congress and state legislatures for special considerations and privilege. They also take advantage of many public services which cost all other citizens money.. Those corporations want something for nothing. In other words, they are freeloaders.

The person or entity being taxed pays the tax. How they obtained the money to pay the tax is irrelevant.

Ok, but when they raise their prices due to taxes other companies that are more efficient can compete so your alleged point is moot.
The real issue with our tax system was abandoning the progressive tax system that made us financially strong from 1938 until 1980 when Reagan screwed it all up.
Corporations generally aren’t National entities making their tax status hard to pin down. Like Harley Davidson, not an American company.
We would be better served if we forced companies to be part of the nation in order to get them to pay their taxes.

And why, exactly do Corporations not pay taxes? And why shouldn't they?!? Discuss!

Really? Then why didn't prices on products drop with the Trump tax cuts? I mean we reduced corporate taxes surely those savings would be passed on to the consumer..... Maybe wages would go up? Nope. So what gives?

The goal of corporations is to "maximise profit". Cutting their taxes increases profit. It does NOT result in reducing the price of the product.
Raising the tax, will tempt a corporation to "pass on" the cost, but that is where market competition steps in.
The first corporation to raise its prices loses customers. So provided the tax is not astronomically high, they will swallow the tax.

Good point, but that only applies to industries where there is healthy competition. But with the duopoly we have in the US, both parties have allowed monopolies to flourish instead of enforcing antitrust laws that were created a century ago. So the costs usually do get passed on to consumers.

Corporations are not people, either … yet the Republican Court has ruled they are, and that they may feed unlimited campaign donations (taxes they should have paid) to the political party that will keep it that way..

Corporations are expected to pay a fraction of the profits they make to help support the social infrastructure that supports the people they profit from. When those being profited on can no longer afford to pay for the products or services of a Corporation - that corporation files for bankruptcy..

Joe & Nancy are free to ignore such BS. But they won’t … they’ll go after those having been allowed to ignore their obligation to the ‘American people’ while hiding behind the shield of a “Corporation,” or - the bald faced liars like trump, daring anyone to make him pay his share!

Raising corporate tax on corporate profit back to where it was before Trump cut it by more than 50% is only one of the Democrats' strategies to get wealthy Americans to pay their fair share.

*Note there was no corresponding decrease in prices in response to the corporate tax cut that would have supported the OP's argument.

You can include a link to this post in your posts and comments by including the text q:542267
Agnostic does not evaluate or guarantee the accuracy of any content. Read full disclaimer.