The newest Omicron variant, BA.4/5, is gaining traction, causing case, hospitalization, and death curves to trend upwards in many countries. This variant was first detected in South Africa in early 2022 and caught our attention because it had several mutations on the spike protein. Two mutations in particular, called L452R and F486V, caught our attention because we had seen them on previous variants of concern. Recent lab and epidemiological data show BA.4/5 to be driving this wave, in part due to reinfections and infections after vaccination.

Infections
In the lab, we see that Omicron is getting better at escaping our first line of defense—neutralizing antibodies. The figure below displays the step-wise function of losing neutralizing antibody protection more and more with each subsequent Omicron variant. Note that among recently boosted, BA.4/5 does not fully escape immunity. This means, in the short-term, boosters help prevent infection and thus transmission.

Other lab studies show Omicron escapes infection-induced immunity, too. We are particularly worried about recent BA.1/2 infections (first Omicron waves). Data from South Africa found immune escape more pronounced among unvaccinated compared to vaccinated (not boosted) people (5-fold difference). Another study found BA.1 or BA.2 infection among unvaccinated people induced very low levels of antibodies against BA.4/5 (see panels A and C below). Those who were infected and vaccinated did have meaningful protection, albeit at lower levels than before.

Weakening our first line of defense—neutralizing antibodies— will mean more (re)infections. Lab data compliments what we are seeing in the “real world”. BA.4/5 drove a substantial case wave in South Africa regardless of their high level of immunity. Case waves across Europe are now well on their way, too. In the U.K., reinfections are on the rise, even among 60+ year olds.

We don’t have epidemiological data on duration of booster effectiveness against BA.4/5. Data from the U.K. showed that boosters provided strong initial protection against BA.1 or BA.2 infection but quickly diminished to 0% five months later. We expect BA.4/5 to shorten this timeline even more. I’m not confident that our boosters will be able to keep up in protecting against infection with the rate of Omicron mutating. (Protection against severe disease is much higher and wanes slower: 90% effectiveness against hospitalization 2-4 weeks after a booster → 70% 6 months after a booster.)

Severe disease
There are a whole host of reasons why infections are not great, but reducing severe disease is one of our main priorities. In South Africa, the BA.4/5 wave contributed to excess deaths, but the rate diminishes with every wave since winter 2021.

In Europe, Portugal is the BA.4/5 leader, with 70% of COVID-19 cases accounting for this new variant. With one of the highest vaccination rates in the world, they largely escaped death from Delta. However, now, after recently reaching their BA.4/5 case peak, excess mortality hit the highest level since their vaccination campaign began.

In Portugal, increase in hospitalizations is occurring mainly in people over 60 years old. In fact, in a recent analysis, unvaccinated people over 80 had a case fatality rate (CFR) of 9.5% (see figure below). Among those with only the primary vaccine series, CFR is 5%; among those with a booster, it is 1.7%.

This is likely due to two things:

Waning immunity. While Portugal does have a higher booster rate than the U.S., it isn’t perfect. Some people’s protection against severe disease could be waning, especially among those who are not up to date with COVID-19 vaccine.

Transmissibility. Vaccines are not perfect, and if we have a virus burning through a population, it can still cause high levels of death among vulnerable pockets, like the elderly.

The verdict is still out as to whether BA.4/5 is more severe. A recent preprint found that BA.4/5 was more severe for hamsters. In fact, their data suggested that BA.4/5 was going into the lungs more. (Initially, Omicron largely moved disease out of the lungs, which helped it become less severe). Importantly, though, this wasn’t the case using human sera. More research is certainly needed.

BA.4/5 hospitalizations are now making headway in other European countries. The figure from Financial Times below clearly shows the global upswing in hospitalizations as BA.4/5 entered the scene. But, so far, remains much lower than previous peaks.

United States
So where does this leave us in the U.S.? BA.4/5 makes up 35% of new infections and is growing quickly. Unfortunately, patterns in South Africa and Europe won’t tell us much about how things will unfold in the U.S. because we just had a very infectious variant moving through (BA.2.12.1). Other countries did not experience this. We know BA.4/5 is more transmissible than BA.2.12.1, but the epidemiological impact of that difference is not yet known. This is why disease modelers are providing case projections for worse case (below left) and best case scenarios (below right) for cases.

On a population level, we expect our complex history of infection- and vaccination-induced immunity to continue to protect against severe disease. In fact, it’s reassuring that all-cause mortality in the U.S. reached pre-pandemic levels from March-May 2022. Death certificates are lagged, so I’ll be curious to see if and how excess deaths changed in the past two months during our latest wave. It will also be important to track this by age, particularly among elderly, to ensure we don’t leave people behind in the wake of highly transmissible variants.

Bottom line
This virus continues to mutate to escape our first line of defense causing (re)infections. If you don’t want to get sick, it’s time to leverage other layers of protection, like masking. Thankfully, other immune system mechanisms continue to work to reduce severe disease. The transmissibility of the virus is causing upswings of hospitalizations and deaths among the most vulnerable of our populations. We aren’t out of the woods yet but we are inching closer and closer to a manageable virus.

“Your Local Epidemiologist (YLE)” is written by Dr. Katelyn Jetelina, MPH PhD—an epidemiologist, biostatistician, wife, and mom of two little girls. During the day she works at a nonpartisan health policy think tank, and at night she writes this newsletter. Her main goal is to “translate” the ever-evolving public health science so that people will be well equipped to make evidence-based decisions. This newsletter is free thanks to the generous support of fellow YLE community members.

It's still not too late for a variant to wipe out homo sapiens.

We probably should just get used to the idea of getting a covid shot every year, just like we get a flu shot every year. The good news is that RNA vaccines can, by editing the code, very easily be adapted to combat any new variant that comes along. And they WILL keep on coming.

Due for a new app to eliminate the word covid to my art and culture podcast. Fear is running the world and many of the good people are being lock ups for pointing out the medical profession is the leading cause of death in the world.

Please site your sources for your claims.

Europe has 6.33 million covid deaths compared to Africa continent of 255,000 covid death with double the population of Europe.

People are so horrible afraid to be social outcast to their owners and public narrative They don't dare to be honest and do their own research.

@Castlepaloma They're only 10% vaccinationed??? I agree completely that I should put my trust in someone who doesn't even know how to spell.

Writing is not my thing. If you want to trust the leading cause of death, which is the mainstream medical profession first, on to bankster and government. Then that would be your trust and thing. My only two rules, is to be Honest and don't Harm,
They are about the opposite to that, as I can imagine.

What’s the point in worrying about it as it’s going to be with us for the rest of our lives. Just get the vaccines as they become available and get on with your life.

Just more proof that as we keep trying to keep more humans alive nature is trying to tell us too many are alive and we need fewer humans. Guess who will win in the end!?

Hello Jack can we be friend?

Still wearing my mask in the grocery store and not being indoors with a bunch of people. I was invited to go to the movies and the person inviting me was gonna pay for my ticket.
Nope, sorry not going into the theater - nothing is free if the consequences are bad.

I agree with you, but I went to the theater with my son on his birthday anyway, because that's what he wanted to do. Luckily, we are still healthy, but it's only been 7 days. We both have heart disease and can't get COVID. We've been vaccinated and boosted, but still it's a big risk. I wore a mask; he didn't, and I don't know why, except he's just so damned stubborn.

@Organist1 Please do not do anything that will harm you. I spend much of my days thinking about a loved one that could pass in the near future. I would not like to hear of anyone else I know perishing. All of you out there please do what you can to protect yourselves.

@dalefvictor Unfortunately since I work in a mid-sized company, there's a much greater risk there.

@dalefvictor Thanks. I always wear my mask at work and practice social distancing. I'm more worried about my son, especially with the new variants.

I'm due for my 4th shot before end June 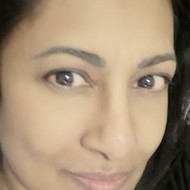 Awesome.
The covid and vaccine deniers will play this off as more government manipulation. Meanwhile, we are all still at risk.
I WILL be getting a 5th shot as soon as it's available.
I'm not playing with this shit.

Still wearing my mask when shopping and avoiding indoors with a bunch of other people.

@silverotter11 Pretty common still, up here in the Chicago area, and more liberal suburbs, not so much in the conservative areas.

@Beowulfsfriend I'm deep in a gop/trump supporting area. Most not wearing masks in the grocery store.

@silverotter11 In Target the other day my friend and I only saw 2 other people that had masks, we had KN95s.

YES! And two of the most ardent nuts that I spend 9-11 hours a day with are those types.

In fact, since I recently changed my work life, within a day, these two were trying to figure out which side I'm on, hence, they told me about the sheeple in our department. They actually called the sane ladies "conspiracy theorists" because they "... ran out for the jab."

So, I'll be masking in their presence. It is too bad because of the 7 of us in our department, they are the only two not fully vaccinated. I know for a fact, neither sees the utter selfishness of their foolishness.

You can include a link to this post in your posts and comments by including the text q:673027
Agnostic does not evaluate or guarantee the accuracy of any content. Read full disclaimer.