Are atheist as racist as religious people?

In my life I have found that more prejudice and racism has come from Christian people. Ironically I was told to not be "unequally yoked together with non-believers." Well, those are the very people who treated me as an equal human being.

Racism can be just as prevalent amongst non believers.Too many people equate Islam with race disliking Pakistanis, Iraqis and others as much because of their colour and perceived personal and family ways as due to their religion.Those of other religions may dislike Muslims for the same reasons but also due to the claim of the Koran to be the final Word of the same Christian and Jewish God.

None of the atheists I know are racists, except for a pair who are 90+ years old.

Being an atheist is not a protection against having other flaws; it is no guarantee of being a good person. however, since religion is so often used as an excuse for racism, among other bad thought processes and bad behaviors, it is likely true that a higher percentage of christians than of atheists are racists. in addition, anyone who lives with societal rejection has a better chance of reacting with more empathy and inclusion (again, it's not a guarantee).

I am inclined to think that racism is a characteristic of those who are deficient in the department of reason. Therefore, racism knows no bounds when it comes to beliefs, religious or otherwise.

Im a recent skeptic, but we are probabile more accepting of others.

From what I have seen on here and in other forums, people are people, regardless of belief. Much of racism is based on fear; fear of the unknown, fear of the not like us, fear passed down through generations. Fear can also be enhanced by the media. If your most common exposure to people of color, Muslims or even Jews is movies or television, you are going to have a very skewered view of these people. Though there has been some improvement, dark skinned people, especially men, were always portrayed as the drug dealers, the pimps, the criminals in most TV shows and movies. Muslims are generally portrayed as terrorists and thieves, Jews as money hoarders and con men. If your primary exposure to people not like you is the media, chances are you are going to have low opinions of those “others.” I ran into this a lot in the small villages of Pennsylvania, where the only contact many people had with anyone not white was very limited, but they had TV and movie theaters. Even if you were a non believer, your views on race were being formed in negative ways.

Southern churches were historically huge supporters of slavery and attempts to twist scripture to make is seem as if Jesus hated black people and that God loved slavery. Many churches still seem to have that frame of mind. I read that recently of a new pastor in a southern church, for his first sermon, spoke of the evils of racism and accepting people of other races. The congregation fired him before the next Sunday. I know that all southerners are NOT racists but racism is alive and well in many churches.

I know of no study to refer to. I suspect a similar percentage of atheists and religious people are racist.

Most of the reason I have become agnostic is because of the hypocrisy of devout religions. They lie. They judge. I have found people who aren't religious have more of a live and let live attitude. 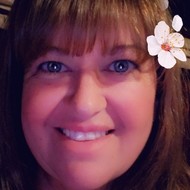 I think the religious are worse. My experiences tend to go with the OP on this.

I believe some can be just as zealous and closed-minded, but not all. But I think you mean just as intolerant?

Anyone can be a racist. It is easy to be a racist, as it requires no thinking only knee jerk reaction. People, atheist and non-atheist can fall in to this easily. To not be racist requires a person to think and take action on being not a racist. I would add, that racism is not biologically mandated, it is built in to the cultural fabric of all societies to at least some level (and in most societies it is actually quite a high level). This is the cultural manifestation of in-group / out-group behavior. We see this at all levels in one manner or another. It is a dysfunctional behavior that when carried out will quite often lead to violent interactions. It is a learned behavior. So to be not racist, one has to engage the brain, think logically about the realities of the world and act on those realities in a non-racist manner. It can be done, but you have to take the step forward to break those cultural bindings which tell you its alright to act racist.

It would seem to be that racism is less prevalent in the atheist camp.

I have had a godless life and found that on the whole the people I meet are kindly souls and fairly acceptant of others - I make sure that no one talks to me about gods because it will always end up with them showing me their prejudices and that isnt much fun.

Atheist rock - no one is killed in the name of atheisum. We live and let live.

Racist Publix grocers refused to pay one more penny per pound to Imolakee Tribal tomato pickers while Taco Bell did pay the next penny. ...racism is about rapacious greed keeping people divided and poor. ..it is theft of respect and dignity from any "other"....racism denies our species essential nurturing nature. ...the false idea of original sin is racist towards women and all her mythical "children" since 4004 BCE

Everytime I dated a Christian girl/woman, no matter how tolerant she claimed to be of my lack of belief or how I tried to tolerant I was of her faith, the "unequally yoked" line would come up.

Look how they treat gay people. Of course the fools are racist than we are.

Why should us Atheist be suprised that Christians disapprove of homosexual behavior. Their buy bull requires such behavior.

Let me be more succint. If we are speaking of racism as a Anglo, or eurocentric system of institutionlized oppression. yes

Yes, athiest are. If we are defining racism as a systemic and institutionalized...how can they not.

My energies, when it comes to the question of racism, is to focus on creating safe spaces for people who look like me, to be able to work on the effects of internalized racist oppression and what it does to keep people of color separated and immobilized. When speaking of christianity,etc. this has been one of the most pofound vehicles of supremacism that has been effective in creating harm and disunity among people of color.

White privilege = racism. ...accepting the benefits of our racist USA turns a blind eye to genocide against Native Americans First Nations AND THE KIDNAPPING of Africans which included raping African women to sell their babies ALL BLIND EYES to these facts makes Atheists & xians & jews & muslims all racists. ...I am Cherokee and John Quincy Adams called "me" " the hunter " spewing his racist garbage that xians have a duty to steal land, farm and build cities. ...zionism is repeating the same crime in Palestine. ..racist theocratic murderous greedy privilege

Racism/any-ism has nothing to do with whether one is a Believer or Atheist.

Each is just a singular belief in a subset of other beliefs, and they have no causal connection.

Whoa!! 121 comments to date!! Critical thinking pretty much does away with hateful thoughts, thinking you're fucking 'special' or in some way limiting how you view others. IMO

You can include a link to this post in your posts and comments by including the text 'q:807'.
Agnostic does not evaluate or guarantee the accuracy of any content read full disclaimer.