We rely on members to let us know when posts contain content that violiate the community guidelines. The most common reason that content gets flagged is that it contains dehumanizing or trolling/baiting text. Getting too many flagged posts will result in account termination.
Visit Group Join Group
11 8

Zoe keeps testing the law of gravity. She knocks things off the kitchen table - three Brita pitchers, one blender, two lamps, one vase, one large glass bowl, two coffee cups and two drinking glasses ... all of these objects turned into shards ... my bare feet find tiny shards weeks later. She does not seem to realize that the law of gravity does not change. All the broken items, all the busted glass .... sigh ......

Just have to put everything you don't want broken away and out of sight, it would be both safer and cheaper.

Love means cats never say they're sorry and we forgive them

May want to transition to hanging lamps and use straps to fasten blender to the wall. Lock all other glass things behind cabinets. "Cat-proof" you house. They are worth it. If you haven't already done this, if you have a flat screen tv sitting on top of something, you really should consider using a safety strap to make sure the cat doesn't perform a gravity experiment with it as well.

I use this on all my valuables I don't want broken by cats. (Also good if you live in an earthquake zone - I originally found it when my Sister in CA lost more than half of her teapot collection to a quake.

You just put a little ball of the stuff under whatever you want to protect and twist it down. It stays in place and does not damage surfaces.

@RavenCT I'll have to Google it and see if is available here. Sorry, I missed your link to the employee robbers.

I have a couple book cases that are around 6 feet tall. Emily not only has found ways to the top, she's wiped her ass on the wall up there, meaning I have to get the ladder out to clean the wall. Disrespectful little brat.

Don't you wash her ass for her immediately she has been? Mine either loudly caterwauls that she has just gone or if it is a "poo from hell" slimy odiferous or sprayed she slinks silently through the villa ashamed to mention it and licks herself clean.

@TaraMarshall get her to train you. Only takes a few bum washes for them to cotton on.

@FrayedBear, Emily isn't a smart cat, she's social. I actually call her my transdog or my puppycat.

@TaraMarshall but being a female, no matter how thick, I'm sure she will love being pampered and having her bum washed for her! ... and learn to train you to do the sensible and hygienic thing. ?

@TaraMarshall mine is not fond of it either. Funny that they are remarkable swimmers.

@FrayedBear, never tried beyond the bath.

@TaraMarshall I simply use a "dedicated to her bottom "microfibre +mesh wash cloth which is rinsed then squeezed before being used then rinsed and disinfected after use (bubblegum).

I adopted a blood donor cat after graduating from vet school. To say she had ZERO fucks to give would be a gross understatement. I tried to break her of counter surfing by placing armed mousetraps, upside down (so they make a loud noise and pop 2-3 feet into the air, NOT risking catching on the cat), all over the counters in the kitchen. The process was hell on MY nerves because at least one out of every four would go off (like a firecracker) as I set it. Damned cat used to sit there and WATCH me prepare them.

The moment that we went to bed, she would immediately jump up and tap each trap, sending it flying.

I simply learned to clean the counters BEFORE and after each use. Sigh.

I deduced that SHE saw it that way! We laughed SO hard listening to it from the bedroom!

Newspapers on the counter would have saved cleaning and I'm sure if sprayed with vinegar or something that they avoid (mine will not eat cooked fish that has had vinegar on it - she's ok with lemon juice. Shredded horseraddish is another she doesnt like).
But I'm reminded of neighbour who was trying to get jasmine to grow up his balcony. The possums were coming down from the gum trees and having a feast on the growing leaves. Roy decided that the answer was a simple shock which he would provide by running 2 naked copper wires along the top of the balcony rail, the ends connected to a plug put in the 240 volt AC power.
All was well until one beautiful morning Roy woke up, strode out to the rails to admire the view over the water 75 metres away... and then he threw his arms back to expand his chest with a lungful of fresh air, expelling it as he brought his arms forward to compress his chest ... and put his hands down on the bare wires. It was all removed within half an hour when he realised how stupid he had been. Fortunately for him he had worked most of his life erecting and repairing the electricity pylons that carry 44000 volts from source to consumers across the state.

At work they have to test some things by dropping them from waist high. I have been trying to get them to hire my cats. If they set them up mine will knock 'em down.
Seriously, I have a friend who had a lot of glass items on a platform under a high window. His cats would jump on that platform and walk to lay under the window and never knocked anything over. I guess this means our cats do it out of spite. 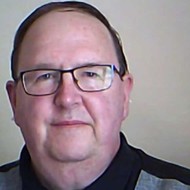 Cats love height. My cats all have access to height & they respect my boundaries of which the table, the counter, the stove are off limits. At least when I am home. Who the hell knows what goes on in my absence.
Zoe. Learn some manners.

Posted by snytiger6Take that chip off your shoulder and replace it with...

Posted by HippieChick58Don't wake the fishies.

Posted by RobertNappi2Ain't that the truth!!!