The Daily Beast is reporting that Lin Wood, a pro-Trump lawyer and prolific conspiracy theorist, took to Twitter Wednesday to suggest that Chief Justice John Roberts had advanced knowledge of, or may have been actually involved in - Justice Antonin Scalia's death in 2016.

No kidding? Who knew? And, I’ll bet it was good old Justice Clarence Thomas who ratted him out. My guess is, Roberts probably smothered poor Antonin with a pillow while he slept. Good grief! He better not have used one of Mike Lindell’s “MyPillows.” Why, that’s one of Sean Hannity’s best advertisers.

A rather bazaar theory to say the least. I mean, is it just me, or have Republicans somehow managed to transform themselves - from being the “Party of Lincoln,” into what now can only be described as the “Party of the Twilight Zone?”

At this point, all I can say is, with groups like QAnon and folks like Sidney Powell and Lin Wood attracting more and more loyal followers every day, mental health services had better be pretty damn close to the top of Joe Biden’s budget for 2021. 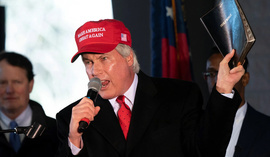 Clearly he has been reading Hillary's emails! Therin lies the truth to everything.

If you can just find the right size tinfoil hat LOL 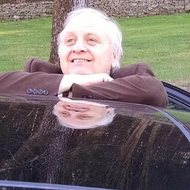 Every time I think the ultra-right could not sound more absurd, they prove me wrong.

The crazies are crawling out of the woodwork. They need to be crushed.