Former Trump White House coronavirus response coordinator Doctor Deborah Birx, told the House select subcommittee on the pandemic that the Trump administration was “distracted” by last year’s election and ignored recommendations to curb the pandemic. She further added that more than 130,000 American lives could have been saved with swifter action and better coordinated public health messages after the first wave of the virus.

Gee, Donald Trump was “distracted?” Who knew? That’s funny, because I’ve always assumed Trump’s default mental state is “distracted.” I mean, simply catching his own image in a mirror is a monumental distraction, if you’re Donald Trump. Now, while “distracted” may be a polite way for Dr. Birx to phrase it, I’m pretty sure many Americans would likely describe Trump’s COVID response by using another word - and that word is “indifferent.”

Anyway, now that Dr. Birx seems to have finally regained her ability to speak again after over a year and a half, I suppose it won’t be long now before folks like Rand Paul, Ted Cruz, and Majorie Taylor Greene - will be demanding that she be jailed. Of course, in demanding that, they have to also be quite careful not to “distract” folk’s attention too far away from other pressing matters - you know, like Benghazi or Hunter Biden’s laptop.

Not surprisingly, after Dr. Birx’s testimony, angry Republicans were quick to remind citizens that President Trump’s “Operation Warp Speed” is the primary reason we even have a coronavirus vaccine in the first place. Oh really?  OK, but if that’s true and this really is “Donald Trump's vaccine,” then perhaps they should also explain why so many Republicans are deciding they’d much rather die of COVID - than get vaccinated?

Meanwhile, after hearing Dr. Birx testify about how many COVID deaths are the result of “election distractions,” more than a few of Trump’s most sharp-minded supporters are now thinking out loud, “just imagine if we could have somehow suspended that stupid election and automatically extended Trump’s presidency for another four years - why, I shudder to think how many innocent lives might have been saved!”

Now, I’m sure in the minds of MAGA cultists and QAnon believers, that all makes perfect sense. As for the rest of us - well, we tend to think Donald Trump has a whole lotta blood on his tiny, little hands. You can call me “old fashioned” if you like, but my guess is that most Americans still prefer presidents who don’t let more than half a million citizens die unnecessarily - simply because they’re “distracted." 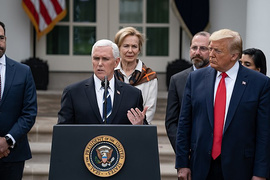 Um, no. Remember, he delegated the pandemic response to Pence... After "playing down" what he knew was a pandemic.

So trump is incompetant as if he cannot chew gum and walk he should not be allowed to be there. Such Bullshit is just **

And he still holds sway over millions..by the time this is over, the death count will be over 700k..

@Charlene I guess that makes me the realist because I expect it to go double that before the next few waves have done their damage, mainly children is my fear.

Repuucks like to forget that the first available vaccine, acceptable to the FDA, was from Pfizer which took none of operation warp speeds money.

Pfizer is still the best of the lot.

You can't do something that you are incapable of at the most basic level.

So Trump may have been able to do a better job on Covid but for the fact that he felt working on his re-election campaign was more important than doing his job as the President. 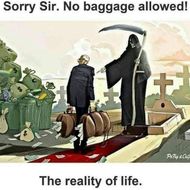 Reminds me of people who spend all their energy working on getting a job but once you hire them they don't want to do any work to actually merit keeping the job. Just in it for the pay check, not interested in actually earning the pay check.