Former National Security Council expert and adviser to Donald Trump Fiona Hill, says the international community is extremely fearful about what's happening in the United States, with the rise of fascism and democracy hanging by a thread. A poll found that Canadians are especially concerned about a huge influx of US refugees at their southern border, trying to escape retribution from fascist mobs, should Trump manage to seize power again.

So, Canada, ‘eh? Well, well, what’s this fuss all aboot? Now, I live in sunny southern California, and to be honest, before I’d ever even consider moving to Canada, I’d have to think very hard about which is worse - fascism or winter? So, not to worry all my maple syrup sucking, hockey puck slapping - friends to the north. A lot of us couldn’t take your winters anyway. Besides, Canada could always build a wall, and have Trump pay for it!

And then, there’s Mexico to the south. It has great weather, a low cost of living, and lots of very nice people who actually speak better English than most Trump supporters. Why, Mexico and Canada should be relieved know that this time, we REALLY WILL be sending them our “best and brightest!” Of course, I realize that if Canada would be nice enough to let us in, we’d need to solemnly promise not to further deplete the Canadian government’s “Strategic Maple Syrup Reserve.” As for me, let ‘em come - cause I ain’t going nowhere. 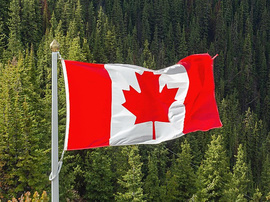 California should separate from the USA.

Rest assured that Canada would think long and hard about letting Americans in, should you reconsider your position on applying as a refugee. 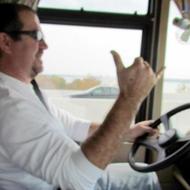 Yup..I'm with you Mexico sounds better, living in New England you get a taste of Canadian winter. No thanks is all I can say, and Beunos Dios Cabarone!

Perhaps the international community should organise a coalition of the willing to save the US of A and restore "Freedom". No need to ask their permission.
What's good for the goose.........