We rely on members to let us know when posts contain content that violiate the community guidelines. The most common reason that content gets flagged is that it contains dehumanizing or trolling/baiting text. Getting too many flagged posts will result in account termination.
Visit Group Join Group
0 8

It’s being reported that Payton Gendron, the 18-year-old Buffalo gunman who belonged to a global online fraternity of hate and conspiracy, fixated on the idea that the White race is being intentionally replaced. That “Great Replacement Theory,” once relegated to the political fringe, has now gained mainstream currency after being promoted on popular right-wing cable news programs such as Tucker Carlson’s show on Fox News, and even in the halls of Congress. In fact, the theory has turned the concept of “white nationalism” into an international call to arms.

Gee, what a coincidence! You mean this neo-Nazi terrorist’s racist rantings sound exactly like Tucker Carlson and his pals over at Fox News? Why, you could’ve knocked me over with a feather! Hell, now that I think about it, if they’re seriously looking for immigrants who are trying to “replace us” here in America, they really need look no further than the Murdoch family. They seem to have done the best job so far.

Oddly, if this is about “immigrants replacing us,” this neo-Nazi crusader seems to have made a big miscalculation in Buffalo, because he killed absolutely ZERO immigrants. I guess these fascist MAGAs seem to have forgotten that many Blacks have lived here in the US for centuries now. Frankly, that’s one helluva lot longer than many white folks can say.

Incredibly, some Republicans are actually blaming Dr. Fauci and his “obedience masks,” for making this racist killer go mad and shoot all those people in Buffalo. Why, sure - the COVID masks made him do it. Well, all I can say is “Sir, please step away from the glue.” Funny, because medical professionals have been wearing masks for years. Guess they must be just really good at disposing of all the bodies.

Meanwhile, other Republicans are blaming this massacre on “bad parenting.” Really? Hell, I’m pretty sure ‘’bad parenting” isn’t a crime, because if it were, I calculate at least 75% of American adults would probably be behind bars by now.

The fact is, we now live in a country where hate and bigotry have been normalized, tolerance, empathy, and compassion are scorned as “wokeness," and teaching US history is now considered “Critical Race Theory.” Therefore, I can’t help but think the thought of “replacing” all these half-witted, sociopathic, neo-Nazi MAGA grifters with just about ANYONE - sounds like it would be a “terrific idea.” 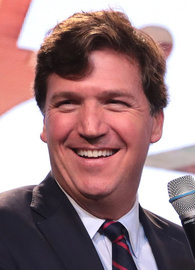