The ideology of Christian nationalism

The link is tightening between America’s move toward theocracy and its slide toward autocracy.
It is important to understand these connections. The Supreme Court’s overturning of Roe, its expanded reading of the Second Amendment, and its eagerness to elevate religious freedom over the Constitution’s guarantee against established religion come from the same cloth as Republican state legislative attacks on democracy, the GOP’s fealty to Trump’s Big Lie, and white supremacy.
At the Faith & Freedom Coalition’s “Road to Majority” conference in Nashville last month, speakers explicitly embraced the theology of “Dominionism” -- the idea that “right-thinking” Christians have a biblically derived mandate to take control of all aspects of government and society.

Trump’s keynote at the conference made the connections explicit. He warned that the “radical Left” is “trying to destroy organized religion” and “trying to shred our Constitution,” and continued: “The greatest danger to America is not our enemies from the outside, as powerful as they may be. The greatest danger to America is the destruction of our nation from the people from within. And you know the people I’m talking about.”

Other speakers labeled Democrats “evil,” “tyrannical” and “the enemy within,” and charged that Democrats were engaged in “a war against the truth.” Senator Rick Scott of Florida predicted “the backlash is coming. Just mount up and ride to the sounds of the guns, and they are all over this country. It is time to take this country back.” Lt. Gov. Mark Robinson of North Carolina (the state’s first Black lieutenant governor and a virulent critic of so-called “critical race theory”

said he expected “a pitched battle to literally save this nation.” Referencing a passage from Ephesians that Christian nationalists often use to signal their militancy, Robinson added, “I don’t know about you, but I got my pack on, I got my boots on, I got my helmet on, I’ve got on the whole armor.”

The connections between these strands of rightwing ideology are growing clearer and louder — theocratic Christianity, gun violence, the subjugation of women through forced birth, and strongman authoritarianism. Christian nationalism now taking over the Republican Party envisions vigilante justice -- “good guys with guns,” neighbors eavesdropping on neighbors, and action to stop what they call “abortion trafficking” — women crossing state lines to access legal abortions. Widespread access to guns is essential to keep everyone under control, suppress protests, and fuel fear.

To call this a “culture” war is to understate its true meaning and potential danger. Those of us who still believe in separating church and state, guarding reproductive rights, ensuring racial equality, ending gun violence, and protecting democracy must understand that much of the Republican Party now stands for the exact opposite of these values.

The funders and kingmakers of the Republican Party see all this for what it is: an effort to hold on to power in the face of massive demographic shifts: toward women (who now constitute 60 percent of all university enrollees, and therefore the future power structure) and people of color, and away from formal religion. Over the longer term, the Republican Party is doomed. In the meantime, with a rightwing majority on the Supreme Court, legislative majorities in states determined to suppress votes and dominate election machinery, an authoritarian strongman president waiting in the wings, and an ideology of Christian nationalism, the GOP will do what it can to hold on. 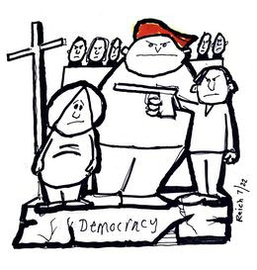 Robert Reich is right on 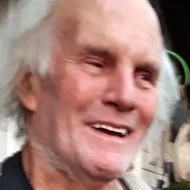 Vote the assholes out

Sad state our Country is in.

It takes a crisis such as this to activate opposition. Opposition to the Republican way.

@OldGoat43 It seems to work that way doesn’t it? We have to get so far down sometimes that we are then forced to look up and see the situation for what it is. I hope we make it.