The Washington Post reports explosive new information has been disclosed, indicating "Classified documents relating to nuclear weapons were among the items FBI agents sought in a search of former president Donald Trump’s Mar-a-Lago Florida residence.” The DOJ actually demanded this information earlier this year, but Trump failed to provide all of it, including the “classified nuclear weapons” documents. Experts in classified information say this underscores deep concern among government officials about the types of information located at Trump’s Mar-a-Lago Club that could potentially be in danger of falling into the wrong hands.

So, it turns out Donald Trump, a deeply in debt failed businessman who owes some really evil people lots of favors, was hiding “classified nuclear weapons documents” in his Mar-a-Lago basement. Documents he refused to acknowledge or surrender when asked by the DOJ to do so last Spring. Gee, nothing suspicious about that. I mean, who could imagine any foreign power ever being interested enough to pay top dollar to obtain “top secret US nuclear information?”

Besides, who could find fault a debt-ridden narcissist for hiding our most classified of nuclear secrets in the basement of what is essentially a fancy Florida bordello? And, who leaked this to the Feds? Guess Mar-a-Lago must have its own “Deep Throat.” I mean come on Libtards, it isn’t as if the only one reason this broke grifter would steal top secret documents and then lie about it - is because they’re worth billions and billions! Oh, wait…

Gee, and to think all the right-wing media outlets, as well as nearly all Republicans, immediately described this as a radical leftist, partisan “witch hunt,” with some GOP politicians actually demanding we “defund the FBI,” and for “patriots” to take up arms and prepare for “civil war.” Why, you’d think a revelation like this would provide an excellent lesson for these MAGA half-wits to “never jump to “contusions!” Of course instead - MAGA leaders are scrambling like hell to get an “FBI planting evidence” story out to sycophants.

The fact is, this is exactly what can happen when you have people holding important elective offices such as governor, mayor, US Congressional Representative, US Senator, as well as state legislators, who couldn’t even pass a simple background check to work at a 7-Eleven. Now, if you think I’m exaggerating, just be honest and ask yourself - if you walked into a 7-Eleven, would you really feel comfortable buying a bottled water from Marjorie Taylor Greene?

Anyway, is it just me, or does it seem like with Donald Trump, “the worst is always yet to come?” Even so, and if I’m not mistaken, it does look like Merrick Garland may have just “grabbed Donald Trump by the p***y.” This has a lot of folks demanding the FBI “lock him up!” That also makes me wonder just “what Trump may have stashed away in poor Ivana’s coffin.” You know, the ex-wife he had safely buried under his friggin’ golf course? Maybe it’s time to add a new chant - “Dig her up!"

The thing is, if everything else fails for the former guy and no foreign governments want to dare risk pissing off US intelligence by buying the information found on these stolen documents, I wouldn’t even be the slightest bit surprised to see them one day turn up for sale on eBay. He’s just that stupid. Meanwhile, somebody better keep a close watch on the airports, or the next thing you know, the Orange Fat Man will be headed off to Moscow. 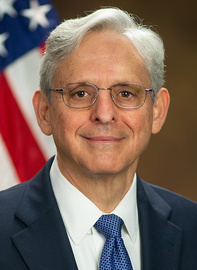 That was a special treat to read before logging off and heading to bed.

Always enjoy your take on trump!

I would hope that Drumptydumps entire syndicate would be on the NO FLY DHS list..

I will never be able to understand how this guy got to be president. People looked at his life and listened to him speak and thought, “yeah, I’m voting for this crooked fool. He’s better than that whipsmart, uppity bitch, Hillary.”

The thing is, when you're only getting your information from outlets such as Fox News or Newsmax, you're not getting the real story!