Prominent Republicans like Ted Cruz and others are acting completely shocked and angry after President Biden referred to Trump’s private cadre of MAGA insurrectionists as “semi-fascist.” In fact, Sen. Ted Cruz responded to President Biden by tweeting “The communists have always called their enemies fascists,” while Sen. Lindsey Graham threatened violence in the streets if the US Justice Department moves forward and decides to prosecute former President Donald Trump.

Well, I strongly object to the term “semi-fascist" being applied to Trump supporters also. Come on now, President Biden! What’s up with the "semi" tag, anyway? Republicans like Ted Cruz claim when Biden called MAGAs “semi-fascist,” he was just tossing “red meat” to his left-wing base, which is total BS. Hell, everyone knows if Biden tossed any “meat” to his base, it would’ve been a “plant-based meat substitute,” like a “Beyond Meat” patty.

Republicans are saying, “It’s just not fair. All we did was try and overthrow the government - and they call you fascist!” Well, here’s an idea, if you seriously don’t like being called “fascist,” how about stop acting like one? Hell, a good start might be to support democracy, or stop threatening women and their doctors with the death penalty for seeking medical services, or trying to send teachers to prison for using school textbooks you don’t happen to agree with. Just a thought.

Not to mention, it doesn’t help when you continue defending a former president who tried to violently overthrow the United States, then stole top secret documents, which he hid somewhere in the basement of his Florida brothel, or when the GOP refuses to rein in two sitting members of congress, who had to be stripped of their committee assignments for making death threats against Democrats. Are you getting my drift?

Frankly, it’s rather interesting Republicans are so “deeply offended” about being called “semi-fascists.” Especially, when you consider they’ve been blaming nearly every single thing that’s ever happened in this country over the past 7 years - from sunspots to your neighbor’s dog coming down with sarcoptic mange - on Antifa. Now, all Antifa stands for is “anti-fascism.” Why if MAGAs aren’t fascists, what would be their problem with Antifa?

You see, “fascism” is defined as an “authoritarian, ultranationalist, right-wing political movement, controlled by an absolute dictator, who exalts nation and race over the individual, and forcibly suppresses any opposition.” Gee, is it just me, or does that sound exactly like today's Republican Party? Oh well, I guess cockroaches have always hated having a light shined on them. Hey, let’s make a deal; Joe Biden apologizes for calling MAGAs “semi-fascist,” as soon as Republicans apologize for Ted Cruz. Deal? 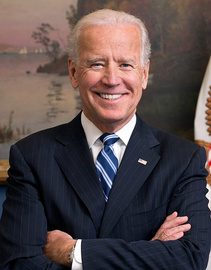 I can see their displeasure at not getting full credit.

The MAGAts ain't gonna disown their 2nd best bootlcker, at the moment 1st place is occupied by SenRep Lindsey McCarthy..and Teddiboi is the only one that Truly lacks the balls to contradict the Dear Orange Leader..of course Rep Bobbitt Goetz Greene is the penultimate spokespersons for the White Kkkristian Nationalist that make up the vast majority of MAGAts..so they'll never give them up willingly..