Leading junk food manufacturers say they are extremely impressed after the Trump administration used Michelle Obama’s birthday, to announce a planned roll back of the school nutrition standards championed by the former First Lady - which emphasized fresh fruit and vegetables over junk food.

Well, finally President Trump is addressing an issue which has troubled most Trump supporters since Michelle Obama first proposed these crazy healthy lunches - and that is “why in the world would any self-respecting Republican parent ever wish to have their child live a healthy lifestyle?” Why, that’s nearly as un-American as working families having access to affordable heath care!

Besides, without junk food in their school lunches, how the hell are our nation’s children supposed to ingest their daily quota of grease, saturated fat, growth hormones and reckless doses of antibiotics - the best sources of which are found primarily in junk foods?

All I can say is, thank goodness we finally have a President, willing to stand up to doctors, scientists and healthy people by defending America’s junk food industry conglomerates. Now, if only tobacco execs can convince the President to mandate school lunches also include a pack of cigarettes, that should complete the process. 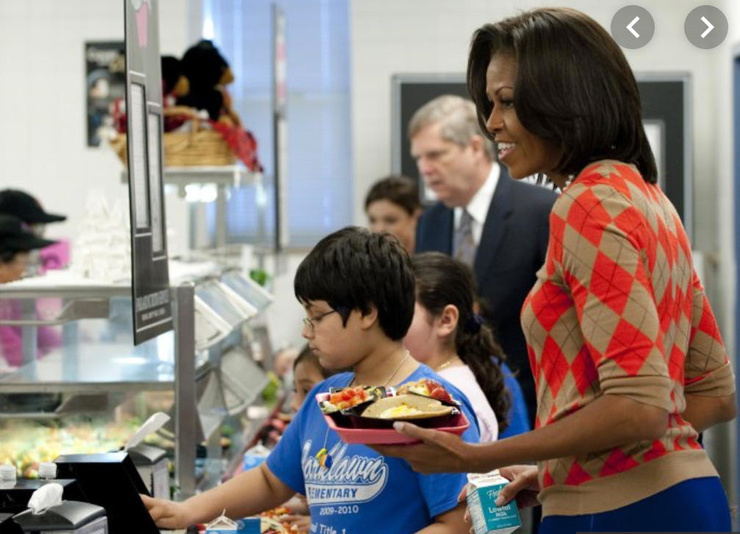 Trump at it again