We rely on members to let us know when posts contain content that violiate the community guidelines. The most common reason that content gets flagged is that it contains dehumanizing or trolling/baiting text. Getting too many flagged posts will result in account termination.
Visit Group Join Group
7 1

Do you think that dedication to modern american "captialism", defined as corporate dominated,corporate controlled markets and the the thuorughly discredited condept of trickle down economics is essentially a form of religion?

When I look at modern america and see the masses of morons who are dedicated to modern american capitalism, which is utterly domninated by a corporate oligarchy and based on completely discredited slogans like "free market" and "supply side" economics, I see many similarities to religious views.

First off both religious people and the people vehemently dedicated to current american economics are completely and deliberately ignoring and denying clear and obvious facts: The modern american economic system does not work for most people, help only a few and are based on obvious falsehoods and lies. Yet their followers cotinue to vehemently support them and shout down any attempt to tell them any facts that refute their false beliefs.

Since 1980 we've had a dedication to supply side economics, and since then the wealth of the richest has skyrocketed while the majority's wealth has dwindled in comparison to the highest 1%. The poorest americans have lost buying power and income.

Most americans are working longer and harder with less and less real income, less benefits, less savings and less chance of upward mobility than their grandparents had. Many americans can no longer afford a home, children or medical coverage.

Yet millions of americans still vehemently defend "Muh capitalism!" and "Muh free markets!" despite the clear truth they are not working for the majority of americans and only benefiting a majority. 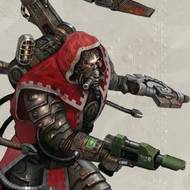 Great analysis. For those that object, remember: if it walks and talks like a duck...

Yep, neoliberal capitalism is a religion. I pointed this out in my book. [amazon.com]

You just made another sale.

how do you define neoliberal?

The average American has been spoon fed "the American way" as "go for the greed" and "be a #religulous" person.

It's a bit of stretch to call belief in an economic system "religion" but the #religulous also seem to fall for the same strategy that greed and growth is good - that pollution is an imaginary concept brought up by paranoid over-thinkers (like us scientist/agnostics).

Capitalism is economic not religious..

The same mentality of ignoring the facts that refute it and viciously attacking it's critics seem to be in play in both cases.

@Techpriest you point out two possible similarities but what is different about them that make them unique?

Yes, to amerikans god is capitalism and socialism is the devil.

Bill Maher made the same observation. I concur.