We rely on members to let us know when posts contain content that violiate the community guidelines. The most common reason that content gets flagged is that it contains dehumanizing or trolling/baiting text. Getting too many flagged posts will result in account termination.
6 22 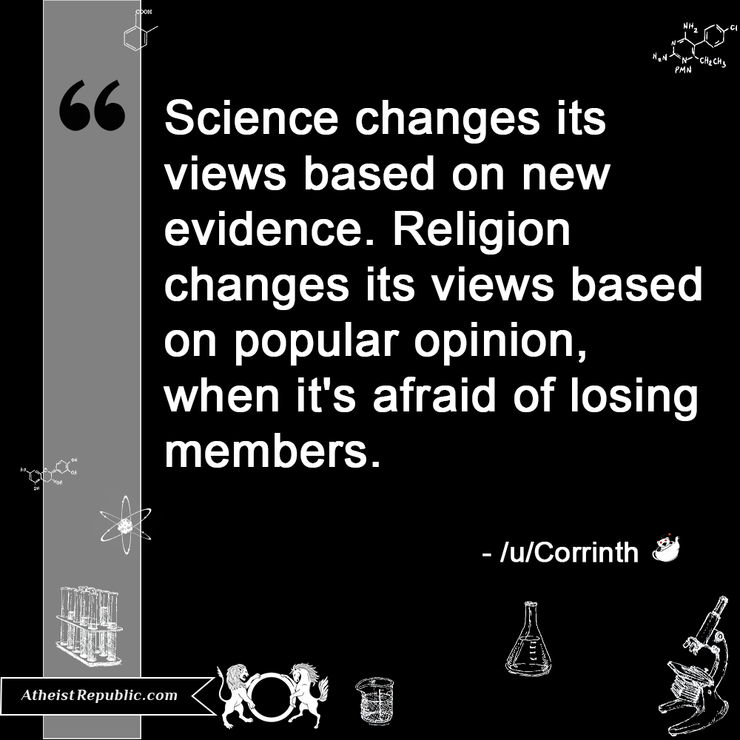 Gimme the days just 4,000 years ago when dinosaurs roamed the Earth... I get all goosepimply thinking about it!

so, you're converting to Jainism???

@phxbillcee Or a cooking class!

@phxbillcee well i have been referred to as a witch before

@Livinlife Are you sure you spelled that correctly? LOL!

@phxbillcee ive been referred to as that before too, lol

just so you know, the expression is "you pays your money and you takes your chances." chance, not choice.

of course that doesn't change the veracity of the meme, which is spot on.

@phxbillcee sorry, no more free reads this month so i cannot read whatever that is.

Continue reading the main storyShare This Page
Share
Tweet
Email
More
Save
About the Archive
This is a digitized version of an article from The Times’s print archive. To preserve articles as they originally appeared in print -- before the start of online publication in 1996 -- The Times does not alter, edit or update these articles.


Occasionally the digitization process introduces transcription errors or other problems. Please send reports of such problems -- along with other suggestions or feedback -- to archive_feedback@nytimes.com.]

The article as it originally appeared.
VIEW PAGE IN TIMESMACHINE
February 28, 1988, Page 006016
The New York Times Archives
YOU PAYS YER mon-ey and you takes yer choice,'' I wrote in this space recently, using what I assumed to be an old Americanism meaning, as the oddsmakers say, ''Pick 'em.''

Mark Twain used the saying in 1884, at the end of chapter 28 of ''Huckleberry Finn,'' I am informed by Richard Bliss of New York City: ''. . . here's your two sets o' heirs to old Peter Wilks - and you pays your money and you takes your choice!''

The origin, as dozens of other Lexicographic Irregulars stepped forward to say, is British, probably Cockney. The first time the saying saw print was in an 1846 Punch. A cartoon entitled ''The Ministerial Crisis'' has a showman telling a customer, ''Which ever you please, my little dear. You pays your money, and you takes your choice.''

The phrase still means ''The right of choice is to the buyer,'' or a more sophisticated ''Power belongs to those who have paid their dues,'' but a much different sense has emerged. ''The phrase is used today,'' writes Edward C. Stephens, dean of Syracuse University's Newhouse School of Public Communications, ''not so much as an invitation to choice as it is a rejoinder to complaint. It seems to be similar in intent to 'You made your bed, now lie in it.' Another variant is 'Look, if you don't like it, you can just lump it.' ''

A third meaning is ''Beats the hell out of me.'' In that regard, let us look at an even older cliche, butter wouldn't melt in her mouth.

@phxbillcee thanks! haha the author got the expression wrong too. you are absolved

@phxbillcee i always liked him, too! nobody's perfect....

@genessa I will admit to grabbing the first Google search choice, but I only typed in "you pays your money..." to avoid tilting it, or at least minimizing. I've heard both, but most often I've heard 'choice'.

@phxbillcee really? but it doesn't even make sense, since the phrase, as i understand it, originated as a response to the expressed disappointment of wager losers.the cambridge dictionary, while giving both versions, only gives the definition for the choice choice. its definition makes no sense for the chance choice. this [idioms.thefreedictionary.com] is the defition, admittedly for a version i haven't heard but meaning the same thing, that gives the definition i have always understood for the phrase. the funny thing is that caveat emptor applies to either definition, even though the definitions are almost opposite in meaning!

@genessa Now you've really got me curious, & I sure wasn't planning on it! I have no skin in the game, & if my first search would have gone against me I would have gladly 'conceded' the point. Tho hard to believe, I am wrong sometimes! That's why I phrased my search the way I did. Geez, now I have to work! I'll get you for this!!! LOL!

@phxbillcee lol i love it! i love the "work" part. i didn't know about the choice version, and its alternative definition, and the mysteriousness of the seemingly ubiquitous claim that both definitions mean the same thing. it's just WEIRD. i wonder, though, if this has anything to do with p t barnum? the chances version sounds like him....

@phxbillcee the choice version appears to have originated with aldous huxley.

@genessa If you notice in the Safire article above, at least one of the first appearances of the 'choice' version is with Mark Twain in 1884, pre-dating Huxley.

@phxbillcee see, people can't even agree on an origin! i can find nothing connected with barnum for either version and in fact cannot even find an origin for the version with which i am familiar. this is SO weird!

i'll add something to it (don't i always?) he talks about memes, and of course a meme can say anything and attribute it to anyone, but sometimes memes show someone's picture and then have a message it is maybe not so clearly attributing to the pictured person, but which is purportedly in sync with that person's world view, or at least that person's persona's world view. example: all of those gene wilder as willie wonka memes. it's the same picture again and again, and there may be a different message under it in each meme, and no one actually thinks wonka said that in the movie, but everyone can imagine the line being said in THAT voice. usually the message does go along with that persona's tone. once in a while, some rightwinger will use it to express a rightwing view that simply does NOT go along with wonka's persona, and most definitely doesn't go along with wilder's worldview, as he was a liberal democrat. when that happens, there is either deception or ignorance (or both) involved. it would be like showing a picture of clint eastwood and saying something pro-gun control. it's not a match. it's not even about misquoting; it's about misreading the truth about the pictured party. anyway, misquotes can be corrected, although their proliferation is hard to stop, but this misguided , mismatching meme-making is harder to counter because if you use more than three or four words in your response people accuse you of being obsessed, or emotional, or defensive, and pay no attention to what you're actually saying.

if i were not so tired from my day out, i could probably have said that in fewer words -- but not three or four lol

anyway thanks for the laugh! i enjoyed that video.

Religion has changed drastically in my lifetime. Especially Evangelical religions. They just keep on making it all up. One reason for this is that the Internet is ultimately going to lead to the "death of god."

I'll 'believe' it when I see it. Been saying that for generations, now!