Wish everyone knew this. 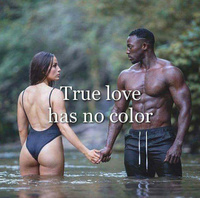 The great Morgan Freeman said to a reporter the best thing I've heard in a long time. 'how about this, I will stop calling you a white man, if you stop calling me a black", "how about you just call me Morgan". Fucking brilliant.

I concur! My niece just married the love of her life and he's black. They are the cutest couple! I am so happy for them!

@Shelton Yes they are! Thank you! I have gained a terrific nephew!

During the Korean War my uncle was in the Navy, and he was sent to Japan. He came back to the states with a Japanese bride. I was born in 1958. I grew up with a Japanese aunt. I thought she was endlessly fascinating. She was a tailor, she was smart, funny, and sassy with a great wardrobe. She was crazy about her husband and he was crazy about her. I thought everyone should have a Japanese aunt. When, in my small town ignorance I said something about someone being not white she called me on it. She said she wasn't white either. That opened my eyes to hidden racism and my own attitudes. I am so thankful to have known Umeko, she was an amazing woman.

My husband of nearly 30 years was the first black man I ever dated. He was the best thing to ever happen to me and I loved him more than anyone before or since. I was naive about the black culture but after 30 years you learn a lot. If I walk into a room with a majority of whites and only a couple blacks that's who I'm drawn to and feel most comfortable with. I'm usually drawn to people different than myself. Probably out of curiosity. I love the experience of learning about other cultures... and people. ?

The only thing I ever said to my kids about dating is, date nice people. Or I get involved?

Color not an issue. I was 12 years old when I first felt an intense feeling of romantic "love" towards a boy. He was African American. I am Mexican. In Texas. In the 70s. If that tells you anything. We were too young to even notice. He held my hand. And then he moved away. Roy Garrison was his name. Never forgot him.

So true. It was never a barrier to me.

She has a lovely bum.

If you only love the outward appearance, it isn't love!

I have never had an issue. My last ex was a dark lady. She left me because she saw people looking at us.

Sorry to hear, I went through a similar situation in the past too.

@SpikeTalon and @Shelton
Thanks. It wasn't meant to be. I don't hold any hard feelings toward her. She is a very dear lady.

My daughter's 1st boyfriend was black. He was such a sweetie. Still is I'm sure....guess what broke them up....religion.?

they do really. it just justifies being assholes to each other looking different.

Someone else choice is non of my business.

You can include a link to this post in your posts and comments by including the text q:131599
Agnostic does not evaluate or guarantee the accuracy of any content. Read full disclaimer.