Should we have expected anything different from an authoritarian racist? Of course he would try to limit police oversight when most abuse happens to minorities.

"Accusations of racism have dogged Sessions's career: Actually, they almost derailed it. In 1986, a Senate committee denied Sessions, then a 39-year-old U.S. attorney in Alabama, a federal judgeship. His former colleagues testified Sessions used the n-word and joked about the Ku Klux Klan, saying he thought they were “okay, until he learned that they smoked marijuana.”

By the time the testimony was finished, Sessions's “reputation was in tatters,” wrote Isaac Stanley-Becker in The Post this July, on the eve of Sessions delivering a prime-time speech at the Republican National Convention for Trump."

We'll show those minorities what authority really means, right Jeff? I'm surprised he didn't make lynching legal, or at least advise the DOJ to overlook it. I hope he gets herpes. 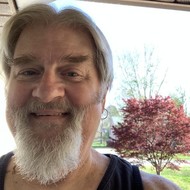 Little keebler turd ass, I hope we never hear about him again, unless he goes to jail.

That's an insult I have never heard before.

Except the Keebler Elf is adorable, Jeff Sessions is deplorable

@BD66 Thank you! I thought it was kinda creative

You can include a link to this post in your posts and comments by including the text q:219174
Agnostic does not evaluate or guarantee the accuracy of any content. Read full disclaimer.