How do you feel about assisted suicide at the end of your journey in this life. I am definitely in favor of it. I was a nurse for 40 years and saw too much suffering. I wish it was legal in my state. And, I don't know if this is allowed on here, but what means would the common person use. I am not in any way ready , nor do I have any illness or plans for this. I'm just one who thinks ahead.

I feel it's a personal decision and not be controlled by the morality of a group.

I've seen death and the slow process of dying. I have a best friend with terminal cancer say "Living is hard, Dying is harder". It's a personal choice to end suffering and I believe in it. We are able to put our pets out of their misery, why should humans suffer?

There is information available under "The Hemlock Society".

Though there are many assisted suicide organizations though out the world that probably have updated information as well.

Once you take religion or mental illness out of the picture - most people can see a time when it becomes a consideration to commit assisted death.

I know I've seen it in my own life - where the dose of pain med may have been what carried the person off - and I'm ok with that. They were more than ready to go.
You shouldn't have to be begging for that moment.

I’m in favor of it.
I was a Hospice RN and got misconceptions about it being the ‘same’ as euthanasia. I’ve heard the same about assisted suicide, but I disagree. It’s a valid choice for end of life, just as Hospice is.
I wish it was legal here, too.

Our society values longevity over quality. I've never understood that. In my industry I see people all the time who are suffering, in pain just waiting to die. Its heart breaking. We need better options.

I am in favour of it. However we must be careful about its use and abuse.
Firstly, our life belongs to us, and therefore cannot belong to another person or society.
Secondly, having seen this from my fathers perspective and that of my wife, who both died at the end of illnesses. He had had his time and wanted to go on his terms with family and friends around him having a good laugh, his music and probably a drink or five too. Instead he had to starve himself to death, waiting for his body to finally fail. Due to commitments I couldn't be with him at the end, I was nursing my wife through chemotherapy a 1000km north. So that wasn't nice for me or him. Then with my wife, she asked me some years before her untimely death to 'finish her' when the time came. I refused, but at her end, she changed her mind and wanted to live, she didn't want to leave me. Instead the NHS had to dehydrate her to death. She passed during the early hours of a Sunday, but her cognitive functions ceased on a Thursday afternoon. Just the last part of her brain stem operating the automatic functions. As a veterinary surgeon, she had put to sleep many 'furry family members' when their time came, she understood that at that point, it only serves to cause pain to family and friends by keeping a dead body alive. Choice and dignity.

There is no dignity to dying. But there should be choice on when.

@freeofgod One can be allowed to die with dignity, but death does not bring dignity with it when one is FORCED to linger whilst waiting for it simply because of some archaic Bronze Age system of out-dated, ridiculous belief.

If ends the pain or the person in question won't have a decent life quality, I'm in favour.

If the person is of sound mind but not body, I am for it. I watched my father inlaw beg his doctor to give him something to end his life, it was heartbreaking. A person should have the right to ask their doctor for meds they could take on their own to peacefully end their life.

Absolutely 100% in favor of people being legally permitted to make their own decisions regarding their own lives.
Including how and when they end.

I have told all my children that if I ever contract an illness/disease/accident where my quality of life it essentially non-existent, that I want to be euthanized if at all possible. I do NOT want to be a burden to either myself or my family, and I do want want to be slobbering in the corner with no awareness of anything going on.

I also have a living will, and a POA with my youngest son listed. My youngest son lives with me and is well aware of what I want and don't want if something happens to me. He also is a hardheaded cajun and will make sure my wishes are heard. The only person I'm actually concerned about is my religious sister, but I feel (hopefully) I've taken cared of that by making sure my children know my wishes.

Yeah I’m all for it also especially for people who have a great deal of suffering to go through before death. 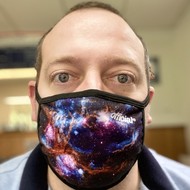 Exactly. We have to die; we DO NOT have to suffer first.

I'm very open about death and dying. I've talked to my adult children about it. After working in a nursing home most of my life, I saw too much. I saw children keeping mom or dad going with more procedures, more trips to the hospital, more IVs, more torture. Because " I'm not ready to lose mom/dad,yet". They know I never want to be a burden to them. They know I do not want to be in a nursing home. They know I couldn't bear to lose my quality of life. I told them, that when the time comes, I will find a way to leave this world on my own terms, and that they have to know this is what I wanted. Advanced directives are in place. Mausoleum niche bought. Urn bought. Just have to set up the cremation details.

I support a person's right to choose it.

Completely agree. I don't like how people are forced to live through excruciating pain just to die. That could takes months or years even with "terminal" cases. Don't even get me started on becoming paralyzed. I was paralyzed for a short period of time after a fall when I was a teenager. Never have I been more afraid of anything else after that. I wouldn't want to live like that. Or with being in a coma or with cerebral.disorders, Not having lived the life I have already.

I’m 110% for it and as someone who’s watched people die a slow and suffering death due to disease, cancer or even worse the treatments for cancer I want to have that option and I believe that everyone else should as well.

Our country needs to put humanity before profit. 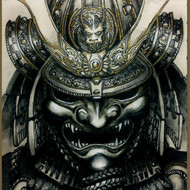 @48thRonin, like corporations are ever going to let anything come between them and profit. And hospitals are nothing but for profit.

@freeofgod I don’t know how much are you willing to risk in order to make them know that we are the majority?
Apparently by your answer you’ve already accepted defeat.

Oh and you’re wrong about hospitals as well. While there are a majority that are for profit there has been a growing trend over the last couple of years of hospitals not just switching to non profit but also replacing their leadership positions with doctors and even nurses.

And even more unbelievable than that there’s even a few co operative facilities where they’re owned by the cities and they share what’s needed including treatment information.

I am Canadian, and we have it here..but we call it assisted dying..That is the point,, calling it assisted suicide is rife with problems of interpretation..Here it is strictly controlled in the sense that doctors are involved in the decision, usually more than one, and it is still controversial..If you changed the name perhaps it would be less frightening to those who feel that assisted suicide sounds like something you could just pick up a bottle of at a corner store...

Why can we not do for a person, with their wishes known, what we do for a beloved pet? My living will only goes so far.

I would have voted for Jack Kevorkian for president.

It Will be kind to the terminally ill person.

In favor. I have seen people slowly waste away and noticed neither dignity nor necessity in that.

The only thing I wasn't ultimately willing to do to ease my mother's suffering was risk a murder charge. Had that not been a possibility, I'm certain she would have asked me.

The fact that you can choose assisted suicide also means you decide how your life ends, not some horrible disease. It also means you can prepare your family, bring them together if they will come, and say goodby on your terms. Who knows, maybe you could even attend your own funeral.

I'm in favor of mercy. I was present when my father-in-law received the morphine shot. He'd been diagnosed with Parkinsons & Alzheimers many years before, lost mobility and speech. He wasn't living, just trapped in existence. I wouldn't wish that on anybody and the only ones I can imagine supporting it would be insurance companies wanting to make a buck and selfish family members, who just can't let go. I had a living will drafted before then and the experience made me glad I did.

You can include a link to this post in your posts and comments by including the text q:281323
Agnostic does not evaluate or guarantee the accuracy of any content. Read full disclaimer.