Will common sense prevail after this crisis is over especially given the climate crisis?

I think people will want to 'get back to normal', even though normal is way off nowadays.

Please do not undersestimate the time for this to happen. Estimates are from 12 weeks to 24 or 25 weeks depending on how closely you follow the science.

Common Sense is a Gift, most people don't get that gift.

I have that gift. It was given to me on my first birthday. But I eventually grew tired of it, and stopped using it. As many toddlers do.

@Dyl1983 Since you've already had it then you must have just misplaced it, filed it away in the storage locker or some such, easy to get it back if you want.

I highly doubt it,

I don't know if the photographs of Alan Kurdi, a three-year-old refugee who drowned in the Mediterranean when his family desperately tried to escape Syria in 2015, were as widely published in the US as they were in Europe (you can see one, and read about the case, here: [en.wikipedia.org]. For about a week afterwards, it really looked as though there'd been a big change in how society views refugees, with the majority of people arguing that they should be helped to start new lives in safety. Then everyone forget about it and just went back to being selfish arseholes again and, across too much of the continent, voted for the far right.

This will be no different.

Common sense has NOTHING to do with what humans generally do.

I'm not optimistic about any return to common sense.

Did anyone else hear the rumor that they found a nest of these bats that carry the virus in a toilet paper factory just outside of Wuhan?

I haven't been able to find a roll for miles around. Maybe this will help.

If I had to define common sense I would say that it alludes to the state that all the "chattering classes" [not you of course] have all their senses well switched on and their tongues going in overdrive to console each other.

Common sense is in short supply even under ideal circumstances. Add to that the "leadership" of Zippy the Orange Pinhead and I'd say, Murica at least, is hosed.

Have Canada sens us some of its common sense, will ya?

Common sense tends to be inaccurate and I doubt sensibleness will prevail after this.

Another corporate bail out is on its way. Fortune 1000 companies can afford to hire an army of lawyers and lobbyists while small business owners and mom & pops are begging for help in navigating the CARES Act and related SBA assistance just to get the ball rolling on payroll support for employees.

I wouldnt hold my breath.

When has common sense ever prevailed? Maybe because it not common, it is uncommon. 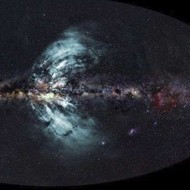 The article talked about the Italian "senso comune", a collective understanding or knowledge. It's difficult to measure or define what exactly is common knowledge at any given time.

If I understand the argument correctly, a shift is occuring, if not completely, at least partially, a shift from corporation first, to a paradigm that is more worker first might be occurring. His examples includes the mainstreaming of the policies of Bernie Sanders and Elizabeth Warren. His counter to that are the bailout policies of Bush and Obama's response to the 2008 Great Recession. A policy of corporate focused bailout. Biden is a proponent of the 2008 policy paradigm.

Along this line another popular "senso comune" among conservatives remains Libertarianism. One of the reasons that Libertarianism will never work is that it depends upon "senso comune" of all people in the market. There must be a collective understanding and agreement of how Libertarianuan economics works. This implies that the individual (company) in the marketplace will follow the rules and not use undo influence to manipulate the market unfairly. They would understand that the marketplace, when not manipulated would monitor itself and commerce would proceed rationally and equitably with competition being the checks and balance. Ayyy, there's the rub.

A good example is the segment of the nation that appears incapable of comprehending or following the social isolating principles. I would be willing to hypothesize that a good portion of the people out partying on the beach, attending packed church services, etc, if queried would say they were Libertarian, or leaned in that direction. It's the nature of that beast (their misunderstanding of Ayn Rand's selfishness).

Regarding our eventual emergence from this pandemic, it would be nice to think that the "senso commume" shifted in the direction of the working class. But until the bonds of predatory capitalism under which we toil is broken, there is little hope. 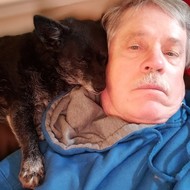 Wouldn't it be ironic if a devastating pandemic, maybe this one or the next one, were the best chance we have of surviving climate change?

We can hope so!

I very much doubt it.

I have to say that common sense is a bit of an oxymoron. This nation and many of it's citizens have proven time after time that our sense mines have bottomed out, and the wells have run dry.

They're not showing common sense during this pandemic , what makes anyone think the masses are suddenly going to develope common sense over the climate crisis .

Just to mention that common sense [ which includes what we call in the UK "Old Wives tales"] is not the same as science.

The terrible side affect will be the breakdown of civil society - and it already started with the hording of toilet paper... now I cannot find rice anywhere in my community and flour is becoming sparse too. Think of millions unable to afford cigarettes? What will happen when we resort to everyone for themselves? We already see it on Black Friday and people fighting over TVs and play station games... the economic fallout has a potential to last a long time with millions in financial ruin. Way too many of us live paycheck to paycheck with zero savings... 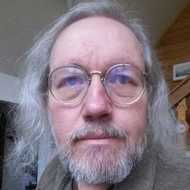 Please contact 'Ecojet' if you are short of toilet paper. They have paperless systems at the ready

Wait a minute , you're concerned about cigarettes ? ? ? ?

I've always said common sense is the least reliable of all the senses.
or
Of the five senses, common is not one of them.

This article reinforces this. I applaud the author for going into detail by what they mean by common sense. In this case, it's an idiosyncratic definition from an obscure author.
Ok.
But.
There are problems with this definition.
Quote from the article:

"Common sense, as I am deploying it here, is a generally accepted, collective, body of knowledge, a way of understanding or interpreting what is going on in the world that appears, at least at any moment in time, as beyond dispute. Moreover, there is nothing fixed about common sense, since it can—indeed, we should expect it to—shift and change over time."

Another problem is that while lip-service is given for this common sense to change, it's made difficult by the requirement that it be beyond dispute. How are you to change without some force, some tension, to evoke said change? Much like an theist who will interpret all evidence as evidence of gods or an atheists who will interpret all evidence as evidence of not, a "common-senseist" will always interpret evidence to support their common sense and deny your common sense if different. Thus while both theist and atheist as described above both might well pay lip-service to changing their mind but are bound by their dogma, so too is the common-senseist bound to their dogma.

While many may call this merely "semantics", it's important to note because the author's common sense and mine and yours and others may, possibly will, be different and thus this article is using a foundation that not everyone agrees with and, more damning, giving it false authority and acceptance by given his views the luster of "common sense" as in if you don't agree with him, then clearly you lack "common sense", which is meant like an insult but is actually a compliment in my book!

Common Sense if often quite inaccurate. By appearance the Earth looks flat, but math shows us differently, and evidence confirmed that.
Nonetheless we have a "Flat Earth" subculture for whom is is easier to use "common Sense" and think in Conspiracies R Us mode

What makes you think it will ever be 'over'?

All pandemics end. China peaked a whole ago, and now only has a fraction of new infections. This happens when sufficient people in the population have had the virus, and therefore have antibodies to reduce the chance of reinfection. Also, the virus will mutate over time and become less deadly, as fitter viruses are more virilous by virtue of not killing their host.

@Vpatel, Have you got some dates for this timetable you're laying out? How many deaths will it be by "the end"? You can't possibly think that the pandemic is the only problem we got. The virus just spotlights our problems.

@desertastronomer I don't think that the pandemic is the only problem we've got. In fact, it's the least of our problems, from a relative threat perspective. But my response was solely in reference to the pandemic, which will certainly end. Microbiology has been around for billions of years, during which time there have been thousands of pandemics, affecting humans and other species. As for timeframes, it will never completely go away, but in terms of life getting back to normal, then about a year.

@Vpatel, Why the coronavirus is different from flu and warrants major action
[newscientist.com]

One of my instructors put it something like this:
Common sense is what things seem like, science is what they are.

You can include a link to this post in your posts and comments by including the text q:477781
Agnostic does not evaluate or guarantee the accuracy of any content. Read full disclaimer.