Here’s a question. Do we as atheist need to form a new dogma to give atheist like ourselves something to believe in. I know a lot of atheists have problems with the meaninglessness of life. Is there a way we can have a core philosophy that we can all get behind while also remaining free thinkers?

Just because one does not believe in any gods, it does not mean that there is nothing to "believe" in.

I believe that we should strive to live a good life and to recognize that others deserve the same rights and equality that we want for ourselves.

I believe we should do what we can to protect our environment and life on earth, even though the earth would survive just fine without humans. We can't destroy the earth, only our ability to survive on it.

I believe the role of government should be to create a system that works for the betterment of all its citizens, not just a privileged few.

I believe our lives do not have to have a "cosmic meaning" in order to have meaning.

You are here, I am here, due to millions of random events that occurred over vast amounts of time. Billions upon billions of possible people will never exist because a certain egg was not released, or a certain sperm was second to the egg. Yet, here we are, existing, able to ponder what that means.

Cosmically speaking there is no meaning to our lives.
Evolutionarily speaking we are here to live long enough to pass on our DNA

Beyond this, it is up to us to give meaning to our own lives whether that be with family, career, helping others, fighting/standing up for justice and equality, and the list goes on...

A fantastic and well thought out start. Enjoyed reading.

Nicely put. Would you mind if I plagiarize you?

@rainmanjr If you quote me, it isn't plagiarism.

I checked out your bio and it appears you're still searching. I hope someday you become as comfortable as most of my atheist friends in the fact that it is what it is and nothing else is required.

When you understand that life is meaningless, it becomes meaningful. When there is no god, you get to be god. It is liberating and powerful.No external woo required.

Linus Pauling, a two time Nobel prize winner, and a true atheist hero, was asked what he believed. He said this: "I believe that all complicated phenomena can be explained using simpler scientific principles." It resonated with me the first time I read it, it still resonates with me today. 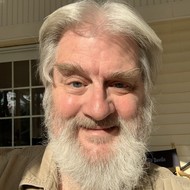 Atheism does not equal meaninglessness. No new dogma, please. We have enough of that as is. Find what makes you happy. Tell a friend, or don’t.

Put the dogma outside or it's going to shit on the rugma. Also, no.

This question assumes that someone who doesn't have any evidence or reason to believe in a god therefore adopts the idea that life is meaningless. That is simply a false premise. A god is not needed to supply meaning to our lives.

Not at all, life is good. It is ok to search for answers, but not be consumed by the search, or accept falsehoods as a way to be whole. Put all that energy into living.

Dude, first of all your crap is what religious fanatics use to brainwash you. You know who makes this life full of purpose and meaning, trying to make this place called earth better than you received it? Answer: the man in the mirror. No crutches needed, nobody else will do it for you, much less some bullshit pie in the sky story you seem not to have fully discarded yet for being false, stupid and ridiculous. 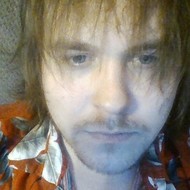 I am a lifelong atheist and have yet to meet any others who think life is meaningless...quite the contrary. In my experience, because atheists don’t believe there will be another life after this one, they think it’s all the more important to imbue this life with as much meaning as possible. Atheists are all individuals we do not have or need a collective dogma, I shudder at the very thought! So in short, my answer is a very definite NO to your question.

I don't think atheism necessarily makes one's life devoid of meaning or purpose. I think it only frees us to define them as we like. So, the question is is there a framework for defining one's purpose or source of meaning without religion. I think people find it in their families (passing on the genes) and their work/hobby/community (passing on the memes).

Developing a mono-culture (core beliefs) for atheists would not serve anyone. Progress is made by divergent thoughts, not by conforming.

You need a dogma? You do not have enough brains to figure out the world, so you need someone to tell you how to? Not being religious means you have the freedom to make you mind up yourself as what life means.

The easiest way is not to really be an atheist. The last I checked I have no doctrines of belief and I would not join a group that wanted them. BTW, it is you that gives your life meaning.

And a lot of atheist do not have a problem with the 'meaningless' of life! A lot of atheists understand this is what there is and we need to appreciate it and embrace it here and now and not assume it is only a preview to something else. That's called 'greed' and, frankly I see this as a total wast of life.

No, atheism is simply rejecting the belief in gods and the associated dogma. I do not want nor do I need a dogma to act as a procrustean bed of another sort. 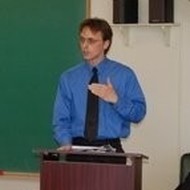 Who, exactly, is worried about "the meaninglessness of life"??? I see religious idiots constantly worried becuz gawd is watching/judging their every move & thought, LOL, not AtheistS.

No, if you can't cope with reality with out some sort of collectivism crap, you might as well go back to believing the god shit

The "collectivism crap" is much worse than the "god shit".

I'm a humanist as well as an atheist. Humanism gives life a purpose beyond mere survival as an individual.

Welcome to the site, but excuse me for asking the question at what point did life become meaningless? I think I must have missed that.

I also missed that memo about life being meaningless.

I try to do to others as I would have them do to me. I don't think I need any other rules thank you. Life is life, why must it have meaning. Just enjoy your own and take joy in others.

I have plenty of meaning in my life, don't need a dogma. All you have to do is live life one day at a time. The highlight of my life is my girlfriend of 13 years.

Our core philosophy appears to be that we think for ourselves.

As an atheist, I do not "do dogma", nor do I have any "beliefs". One solution to "the meaninglessness of life" is to your own meaning to your own life. The nearest thing you will get to a "core philosophy" is the asking of the question "Where is your falsifiable evidence to support your existence claim of your particular god?", and not all atheists subscribe to that view.

I regard all dogma as dangerous. "Belief" is an ambiguous word, which ambiguity is exploited by Bible thumpers. My world view is entirely evidence-based.

Groucho Marx: "I wouldn't be a member of any club that would have me."

You can include a link to this post in your posts and comments by including the text q:529198
Agnostic does not evaluate or guarantee the accuracy of any content. Read full disclaimer.