I sometimes feel that Marriage contracts should be for ten years, with a "rollover" option to mutually agree to renew it for five more years, every five years.
I bet many couples would be nicer to each other, were that the case and the rollover period was looming!
... and if not, divorce would be a lot easier and less beneficial to lawyers!

Sounds reasonable, but since it has never been put into practice, it is unknown the ramifications and consequences of such a condition.

What a brilliant and clever idea. I must admit it sounds like a great way to keep things more fresh and free and mutual rather than stale and tedious and claustrophobic.

It would in all probability lead to fewer petty divorces.

If there needs to be an omnipresent threat of abandonment to get people to "be nicer to each other", maybe they shouldn't be together.

It would mainly help them to appreciate the good things about each other rather than be niggled about the bits they don't like, No couple is 100% compatible, and sometimes little things can assume giant proportions after many years. (I've survived 49 and and a half so far.)

I gave up on marriage 20 years ago. Living together is fine with me. 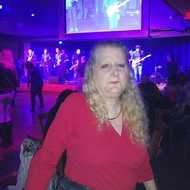 As it is with many other people - much to the chagrin of the church.

Not sure if I believe in marriage. Getting a certificate of monogamy from the state just seems meaningless to me.

Then the state makes when you want to cancel the contract and their lawyer buddies.

That is an excellent plan and I'm sure the religious right would fight that one bloody.

Having never been married, and having only contemplated it a few times, it seems a bit to me like this is just a formalisation of the way huge sections of the population treat it anyway.

This way would as you say save a lot of legal fees, and keep some people out of the lazy headspace of "Have aquired a partner now, that's finished, on to focus on something else"

On the other hand, one of the lovely things about marriage or any real commitment is that it's not just when it's fun, it's for those times when you go through a patch of hating your partners behaviour or are going through difficult circumstances.

Sounds like a good idea, it's a hassle if people want to stay together anyway.

What a ridiculous, not to say degenerate idea?! Don't you have any idea what family breakups do to 10 or 11 year old children?!!!

Because going through an acrimonious divorce has never done anything to a 10 year old?

@Petter You cannot ask for comments and complain when they do not go precisely your way! Your history is almost a caricature of the way Europeans view mariage "à l’américaine"... Perhaps if your education did not encourage competition and "prevailing at all costs" to such a degree, these situations would be less frequent in your country? Not your fault of course, and I am glad you managed to survive it all ! (It's "bête noire", if I may...)

@LoneJungle I wasn't complaining, merely answering your question about whether I had any idea what divorce did to young children?
I and my 3 siblings have extensive first hand experience of its effects and of being shuffled from home to home.
I don't know where you think I was educated, perhaps you should read my profile before ranting ridiculously.

Yeah, 10 years is about how much I could stand it.

Par for the course, really. 7 years to start itching and 3 more before it becomes unbearable.

Leftists in the city’s assembly — who have already riled conservatives by legalizing gay marriage — proposed a reform to the civil code this week that would allow couples to decide on the length of their commitment, opting out of a lifetime.

“The proposal is, when the two-year period is up, if the relationship is not stable or harmonious, the contract simply ends,” said Leonel Luna, the Mexico City assemblyman who co-authored the bill."

This sort of renewable contract thing was suggested years back, and it was thought to be a rather good idea. Not sure why it never caught on ? 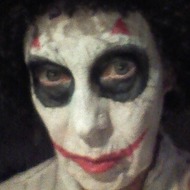 When I got married, I did not expected to last more than 10 years, my heart has a short attention span and a very active revolving compass. She was a very jealous person. So it lasted officialy 19 years. That was 18 years ago. Never missed her. Never missed anyone. Is how I am. "Women are a poem to be written, a song to be sung, dedicated before midnight, forgotten by dawn"..... hey that is the beginning of a song right there!!!!! Dibs! Gotta Go! 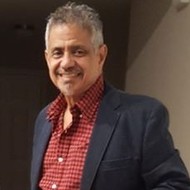 Men are an instrument to be strummed, a string to be plucked, an air to hum 'ere the dawn light comes.... more words for you.

I knew a couple that ran away and got married, within 2 years got divorced and told no one except a few close friends. When time come to separate will be easy since already divorced.

My brother was the opposite. He got married so quietly that everyone thought they were living together, even her parents, who kept dropping hints about making it legal. They finally confessed 7 years after the wedding.

With the separation documents included in the marriage documents sort of a post-nup.

The ABA would fight that to the Supremes.

You can include a link to this post in your posts and comments by including the text 'q:98030'.
Agnostic does not evaluate or guarantee the accuracy of any content read full disclaimer.