Thoughts on kids? Have them? Want them? No!

I'm wondering if non-believers are less inclined to want children. So, where do you fall on the child wanting spectrum?

13 y old twins. I love them more than anything

13 y old twins. I love them more than anything

I chose other, because i tried for a while to no avail. now i am 38 and i don't know if i will live long enough to be there for all i would want to until he/she is done with high school? Damn i would be like 56- i live one day at a time now a days! Shit and i am single so that would complicate planning!

My "baby" is 26, and has a baby of her own. My oldest is 33 and will have her first child in May. The middle child says she will never have babies but is happy to be an Auntie. I always wanted to be a mom, and I mostly enjoyed raising my kids. They turned into amazing adults and are all doing pretty well. I think I done good and they've done good and being a grandmother is amazing.

Neither of mine were planned but when I divorced my ex-wife I fought tooth and nail to get custody of my boys because I don't want to imagine life without them in it. She only gets them every other weekend and every time they leave it breaks my heart and I end up sitting at home worrying and waiting for them to get back. 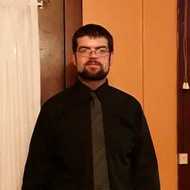 Kids are great. In in the baby toddler stage and I admit they make me want to pull my hair out. But it will get better in time. They are close in age and love each other so much. I really never saw myself as mom but always as aunt Jess. But after having my own. I couldn't image life without them. Just take my advice wait till you are with someone you know 100% really loves you truly. Because I can only image how awesome that would be to have kids with someone who really loves you. Even after having kids.

They are the future of the human race.

Didn't know I couldn't make them, then I lied and told women I was allergic to laytex for a blow job. I was reciprocal and too willing to 69 please...

I was originally against having kids in my late teens, early 20's. But I fell in love with a woman and we reproduced. I can't say I'm still in love as we split up. I'm sure I'm not the only one this has happened to. 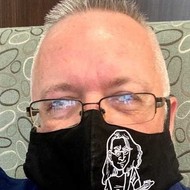 I have 2 kids and 4 grandchildren and the latter are a hell of a lot more fun than the kids. It’s nice to have family around in your golden years especially the grandchildren.

I never wanted kids, but had an unplanned pregnancy, and felt it was my responsibility to do the best I could for that little one. He was the best mistake I ever made. He changed my life, and gave me a reason to do something with my life. I love my son more than anything else on this earth, even if he is a little preteen pain in the ass sometimes. lol

Never had 'em, never wanted to - totally content with my choice. I don't really like being around babies either. I prefer animals.

A kind of sad statement I heard from a co-worker years ago : If I could do it over, I wouldn't have had kids. Sure, I love them now they're here , but I see how different my life could have been "

That always makes me sad, too, @evergreen! But how fortunate that you knew yourself well enough to make the right choice for your life.

I have a daughter. Unfortunately, I became the main parent because her mother could care less about her. I have no natural instincts on being a parent (I wanted to establish a friendship instead of a disciplined parent) and lots of mistakes were made). The one positive thing was that I was able to instill a need for emotion control in her which she still has to this day.

Maybe I'd have had a different answer if I knew 30 years ago what I know now!

My kids are grown thankfully. I raised the 4 alone and they are all away at uni. I am glad to be done and would NOT go back or date anyone with young kids. No grands yet and sooooooooooo glad the kids are not ready

I am warming up to grands with babies of cousins and short sessions with a neighbor's grands. Grandmother training I guess...

Never had my own kids, but I've got a boat load of nieces and nephews. Some of them now have their own kids. Being an Aunt has been the best job I've ever had. I get to spend a significant amount of time in their lives. In many cases, I spend more time with them than their grandparents. The older kids tease me now about getting older, and I tell them I'm corrupting their children even worse than I did them.

15 year old daughter, 13 year old son. I love having kids, and we have great times. Being an important part of their lives, walking with them as they grow and mature, learning from and with them... I wouldn't trade it for anything.

I have two daughters and nothing prepared me for the unconditional love I have for them both. I had to be involved with an abusive wife to do it but I wouldn't change a thing if meant not having my girls.

I confess, I absolutely love children... especially with a nice Béarnaise Sauce. But they have to be prepared properly or they can get stringy and a bit sour tasting.

Never wanted any, couldn’t stand them.. Reached an age & stage where the drive was too compelling, so gave in, ending up with two. Any more, they’re right up there with my best work, and surely to surpass it in time… I’d suggest waiting until you feel compelled, not by time, but desire. If not, again, the world is not hurting for humans..

I think religion is much to blame for the mess we have on this issue, so my vote is that non-believers are more inclined to do the logical and not have as many kids.

Having kids is pretty much an avocation that you pay for in a high outlay of time, money, and emotion, and it takes a skill set that not everyone has, yet religion keeps mandating it as a rite of passage in adulthood.

That may not have sounded like it, but I actually LOVE being a parent. I only had one biological child but, starting in 3rd grade, she accrued four friends for me to informally foster. Three of them have parents who were inept or abusive or both, so they’ve spent extended amounts of time living with me. They’re now all moving from college into the real world, and becoming friends as well as
daughters of the heart, and I love them dearly.

Perhaps their parents would have been better people had they not had children. Perhaps children would grow into better people if they were raised by people that really wanted them. Regardless, I cringe inside every time I hear, “When will you make me a grandmother?!?” Heck, go foster a child if you want the chance to spoil someone. Otherwise, stop pressuring people to have kids.

Too late for me to think about that! I already have em! I always thought I would never have children. My childhood was particularly terrible, hence I saw no reason to become a mother. I didn't think I would have the where-with-all to even know how to raise a child. Now, a few kids in to it, I was wrong. I Did know how to be a mother. My cue was to be the opposite of Everything my own mother was. Seemed to work like a charm.

I'm so happy it worked out for you, @Sadoi! I've found the same formula made me a better parent as well.

@Lauren Aww thank you so much! Any kind words regarding motherhood, to me, are beautiful! I never realized how much I would grow as a mother nor did i realize the capcity, Full Capacity, my heart had to love until i held my children in my arms.

I totally agree, @Sadoi! No one had prepared me for how raising children makes you confront just about every single issue from your childhood! So I think I'm more evolved for having raised my daughter, and it sounds like maybe you are, too. How lucky we are!

@Lauren I couldn't agree more! You are absolutely correct. I evolved too. Motherhood utterly changed me in so many ways, taught me to challenge mores,laws, norms, etc. I am thankful I have had children because they bless your life in such a way that you cannot imagine. We Are soo VERY lucky, indeed!

Until we actually start to take care of everyone in our society, I do nto plan to contribute 6to the surplus in population.

I think the world is over populated as it is and the population is so large that we are destroying the habitability of the planet faster than it can naturally recover.

You can include a link to this post in your posts and comments by including the text q:14069
Agnostic does not evaluate or guarantee the accuracy of any content. Read full disclaimer.