Do you believe in aliens? Do you think that belief is similar to someone's religious belief in a supreme being? I found this top on Big Think interesting:

I think it's entirely possible that there are other planets that have life on them, and that maybe some day we will connect... probably through technology. It's highly unlikely, at least with the world as we know it now, that we were ever 'visited' or that we will make it off this planet any time soon.

They fall prey to the same types of conspiracy theory when science disagrees with them, and they have the same vitriol to those who challenge their ideology. And what's with the hair? Seriously, ever heard of a comb (that last bit was meant for comedic relief...)

I hate the fact that I can no longer believe anything I see on the History Channel, and even if they were telling the truth, I would have to use several other sources to make sure because their brand has become so implausible.

I think you're right to distinguish between the possibility of alien life that is 'out there', just minding its own business, and alien life that is or has been present on Earth. While I believe in neither, I consider the former to be much more likely.

There is as much evidence that aliens have visited us as there is for the existence of a god. As for the possibility that there is another rock out of the countless ones out there with life on it... probable, I'd say.

In this video he is taking a very skewed view of alien believers. I don't know many people who believe in aliens as super intelligent, caring other beings. His premise is based on an idea that people just believe in aliens to feel good/not alone, but for myself and many others im sure, it is more statistical. We are one planet out of literal billions, it just seems improbable that we are the only living creatures. That in no way makes me feel better/less lonely; its just a probable analysis that i recognize.

The belief in God is based on tales told for generations and usually forced (by society, family, guilt etc) indoctrination. I can't can't see an equivalence between accepting a statistical probability about what resides in the unkown and believing in tales written to comfort a fear of the unknown.

A slight aside in terms of alien intelligence. I had an astronomy professor who explained if aliens exist and come to earth, we are probs doomed. If they have come up with tech evolved enough to find/visit us, they are more tech advanced then us hands down because we don't have that tech yet. Its not that I illogically (with no reasoning) think aliens would be amazingly smart, its just a premise based on theories regarding the advancement of different civilizations.

Good show.... You've been paying attention and that's a leg up on the rest of the world.

If you don't believe in god - there is no reason to believe aliens could not exist. If we were created out of the Big Bang - why not yet one more species somewhere else? Look at the all the varieties of life on this planet? And now they've discovered Goldilocks planets in other galaxies. There's no reason to think it isn't possible.

Could you believe in aliens AND God?

I won't believe in Aliens unless there is scientific proof. It is a form of religion-worshipping aliens without evidence isn't it?

but, is believing in the possibility of Aliens akin to worship?

No. Belief that there may be intelligent life on other planets has nothing to do with a god or “creator” for our planet. There is no god here. So there’s no god anywhere. Life exists here, so it could exist elsewhere also. And sometimes, it’s intelligent life.

There is some similarity between the two and the binding word is 'belief'. It is an entirely different matter for me, when wearing my scientist hat, to say there is certainly a non zero chance in the Universe -- even our galaxy for the existence of life.

It's that nasty little word 'belief' that gums up the works. To allow for a possibility when its roots are grounded in observable reality is rational thought, which is totally different from the unquestioning acceptance of something without evidence. That's where the word 'belief' comes into play. Belief is acceptance without evidence. Acceptance that is restricted to the presence of evidence or high statistical probability based on local observation and reasoned extrapolation is a rational position that is subject to change depending on the influx of new information/evidence.

I will say that a belief that has some sort of science/critical thought behind it is perhaps a little different from a belief in the supernatural --- but not much. However, I should also point out that Schermer has, in my estimation, always been a bit over the top in a lot of things and in this one he is a bit more extreme than usual.

I entirely agree about the use of the words belief and believe. I never use either word when expressing my own opinions about things.

Since we're talking about aliens here, let's go to the NY Times article. Just watch all the people saying it was a top secret drone when all the evidence says otherwise. So if you are one of the people believing in that this was nothing more than a drone, you should be asking yourself why your beliefs are preventing you from accepting the evidence.

Well I am on the fence... who ever show up first god or aliens. 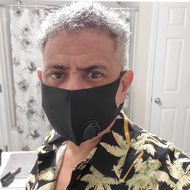 Serious journalism on an important subject

@Benmonk neither of the two ever bothered to show up.

An interesting video which raises the question if the search or belief in aliens is just a substitute for a god or a religion? Could it be that religions condition and reinforce the notion that we are isolated skin encapsulated egos that there there is something greater, 'out there' beyond us?

It doesn't equate to it, meaning that one doesn't necessarily lead to the other, but the epistemological misconceptions that lead to an ontological error are the same.

One need only read this article to see why. From the article:

"The worst thing about the Drake equation is that it gives us a false idea of grasping the problem we are trying to solve. A mathematical equation connotes some scientific study or understanding of a subject. But this is misleading: SETI is simply NOT a scientific endeavor. It's entirely a leap of faith, albeit a leap that uses tools devised by science. It's like searching for paranormal activity with an electronic sound recorder."

The potential for extraterrestrial life is a given as we learn more and more from the rovers on Mars that at least the chemical make exist for life elsewhere. The absurdity of an all controlling force not one iota of proof exist. Those works of fiction in religion are simply proof that corruption of power can control the simple minds.

When iot comes to aliens, I am agnostic. After all there are a hell of a lot more peopel hwo think they have seen aliens or UFOs who are respectable and same, than there are persons who have seen a god. When it comes to god, I am a definite atheist.

It depends upon which pedestal humans place them.

I'll say no to the god thing,but the probability of other life out in the universe is still there just haven't seen the evidence of it yet to confirm or deny it.

I think for some people, the answer could be 'yes'. For me personally, I'd look at Alien life as just another life form, and try to understand it to the best of my abilities.

The Drake equation explained by Carl Sagan, who considered himself an agnostic (not well informed enough to be an atheist).
[dailymotion.com]

Frank's equation has been substantially improved with the addition of the Kepler information and other modern observational results.

@evidentialist Yes, "some point in time" is the tricky part.

In other words, if the probability of a technological species arising on a given planet in a habitable zone is greater than one in 60 billion, then another technical species has probably arisen at some point elsewhere in the Milky Way. Those are pretty good odds in favor of alien civilizations

to some end yes, people will move from one magic to another it seams, life is not magical enough for them it seams. shows like ancient aliens is prime example. . especially when i hear nonsense like aliens seeded or manipulated our human dna. that lets me know they are not educated in evolution to the extent i am. i wish they would go watch some neil degrasse tyson vids. the universe is amazing enough without magic. this does not mean i don't agree with the drake equation. it means the ancient alien show is wrong, and idiotic, especially when you understand why, and watch the scientist that debunk their claims

I would say that would be true only if you believe that the Greco-Roman or Mesopotamian or Egyptian pantheons were from shipwrecked alien visitors, or some scenario like that. Aliens are not a transcendent property of the universe.

No. For man can also be an alien. We are shit gods

Much of UFOology and other conspiracy stuff is like religion. No reasonable evidence for it in reputable journals and the idea that a global conspiracy is hiding is more religious type pseudoscience! 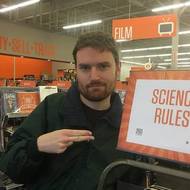 You can include a link to this post in your posts and comments by including the text q:14360
Agnostic does not evaluate or guarantee the accuracy of any content. Read full disclaimer.