What places have made you the happiest? What made you feel that way?

I have found that being alone outdoors makes me feel the happiest. When I am backpacking or out taking nature photographs are my favorite times. The peace, quiet and wonder of nature seem to be the factors.

Living homeless on a former graveyard with the current generations of bellbirds immortalised in Henry Kendall's poem in the wood behind me were six of the best years of my life. The graveyard had been mined out for its sandstone long before I got there but the land's peaceful quiet had been recognised by the local First Nation People, the Darkinjung, for its ability to provide a quiet resting place. The main highway carrying about 15,000 vehicles a day was only about 90 metres away but was very rarely heard.

Bellbirds
By channels of coolness the echoes are calling,
And down the dim gorges I hear the creek falling;
It lives in the mountain, where moss and the sedges
Touch with their beauty the banks and the ledges;
Through brakes of the cedar and sycamore bowers
Struggles the light that is love to the flowers.
And, softer than slumber, and sweeter than singing,
The notes of the bell-birds are running and ringing.


The silver-voiced bell-birds, the darlings of day-time,
They sing in September their songs of the May-time.
When shadows wax strong and the thunder-bolts hurtle,
They hide with their fear in the leaves of the myrtle;
When rain and the sunbeams shine mingled together
They start up like fairies that follow fair weather,
And straightway the hues of their feathers unfolden
Are the green and the purple, the blue and the golden.

October, the maiden of bright yellow tresses,
Loiters for love in these cool wildernesses;
Loiters knee-deep in the grasses to listen,
Where dripping rocks gleam and the leafy pools glisten.
Then is the time when the water-moons splendid
Break with their gold, and are scattered or blended
Over the creeks, till the woodlands have warning
Of songs of the bell-bird and wings of the morning.

Welcome as waters unkissed by the summers
Are the voices of bell-birds to thirsty far-comers.
When fiery December sets foot in the forest,
And the need of the wayfarer presses the sorest,
Pent in the ridges for ever and ever.
The bell-birds direct him to spring and to river,
With ring and with ripple, like runnels whose torrents
Are toned by the pebbles and leaves in the currents.

Often I sit, looking back to a childhood
Mixt with the sights and the sounds of the wildwood,
Longing for power and the sweetness to fashion
Lyrics with beats like the heart-beats of passion --
Songs interwoven of lights and of laughters
Borrowed from bell-birds in far forest rafters;
So I might keep in the city and alleys
The beauty and strength of the deep mountain valleys,
Charming to slumber the pain of my losses
With glimpses of creeks and a vision of mosses.

Henry Kendall was found ill (aka drunk?) and taken in for 18 months by the landlord of the Red Cow Inn, West Gosford, NSW by which time he had had enough of him. He did however write the above poem.
[allpoetry.com]

Anywhere that has no signs of humans. I seek these places.

In my living room, on my couch with my cat on my lap.

Being out on my boat on a beautiful summer day on the south shore of Long Island ,swimming and relaxing

Walking in the woods with my dad. He was a great outdoorsman, taught me about eating wild, how to build a shelter, etc. It was some of the best times of my life.
Also, Kenilworth castle in England. I don't know what it is about the place, but something there touches me deeply. I can't explain it. If I win the lottery, I'm Britain-bound. 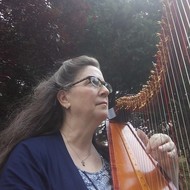 It's never been about a place for me. It's all been timing. Sometimes it's about the company I was keeping at the time but sometimes it just being alone in my car and the right song comes up at the right time. And thunderstorms. Being in Kansas I love watching the thunderheads boil up seemingly out of nothing and then watching the storms roll in. That pretty consistently gives me a buzz.

The first time I visited my aunt and uncle we went to Lucern Switzerland. It was my first time in a European city and that one was special. Later, I discovered Heidelberg (where they lived). I was lucky and got to move there. More luck and I made a connection with someone in the old city. I lived there 15 glorious years.

It seems some talk about other kinds of places. My favorite places were weight rooms and racquetball courts.
[myswitzerland.com]

Weightrooms around the world. A good 12-step group. Bedrooms?

Some of the classes teachers and being out in the middle of nature.

Tropical islands have an effect on me. The sun, hot weather, peaceful surroundings and palm trees are soothing and relaxing. No responsibilities, no cares, no worries, love Jamaica man. Waterfalls make me happy.

Berlin, Germany. at that time --1960 -- the Germany people had gone through hyperinflation that wiped out the middle class, had survived the depression, World War II and the Nazi. The City was 110 miles deep in Russian controlled East Germany and surrounded by 17 divisions of Russian troops. Any jet aircraft flying over head was Russian military. The West Berliners, protected by less than 10,000 American, British, and French soldiers, were rebuilding their city and their democracy and moving ahead, At the same time, given what they had faced and what they were facing, the atmosphere was live for the moment -- living every moment of every day to the fullest extent (not in the sense of cramming experiences in, but in the sense of taking that which came and enjoying it. The atmosphere was that of a connoisseur of fine brandy would snift the aroma and savor the bouquet. It provided an intensity and immediacy to life that was fantastic.
.

That wonderful area between the inner thighs of the woman I am with. Do I need to explain the reason?

Is never been the place... is always been the Woman.

Wandering the interior of Alaska because of its raw beauty, its isolation, and abundant wildlife.

Sailing the Bahama Banks where the clarity of the water makes it appear the boat is flying 30 meters or so above the surface.

Being anywhere a rocket launch is taking place.

Out in the middle of the desert with my trusty telescope where there is no human presence for miles.

Walking the beaches of southwestern Mexico.

Meandering in the forest in the mountains of Oregon and Washington.

The beach. Always the beach. There is something about the ocean that calms my spirit. And New Orleans, because I like to be surrounded by music, good food, history, and creepy stuff like voodoo and ghost stories.

The woods and the ocean beaches… Each lead me to believe that they are in charge.. and that my hold and time amid conscience life is tentative.

Where I live now is the best place for me. I have no one dictating to me what I can or can not do. I own my house ought right. Have lots of animals around me. My kids are very happy so makes me happy. I have been on some tropical islands. I find those surroundings vere screen as well.

Floating down a river in my canoe, quiet and peaceful. A real stress reducer. It can be just about any easy flowing river on a sunny day.

Visiting Japan and just going off alone was really liberating to me.

You can include a link to this post in your posts and comments by including the text q:21052
Agnostic does not evaluate or guarantee the accuracy of any content. Read full disclaimer.