What scent triggers a memory for you?

Most of us have experienced a quick scent of something that instantly takes us down memory lane. One for me is then smell of a wood burning stone. It reminds me of my Grandma. What scent triggers a memory for you?

As a child of the 60s: sandalwood patchouli, milk soap, a couple of perfumes i can not name: music, beatles, long hair, great clothes,....

My grandparents' apartment, particularly when my grandmother was cooking. She made all the classic Jewish dishes, and the aroma was wonderful.

My dad used to shine his Army boots each Sunday...I can still remember the smell of black paste shoe polish...

My mom wore Roses, Roses cologne by Avon...the smell of roses reminds me of her

My great grandfather chewed tobacco...it was gross, but the smell of cigars, tobacco, etc. reminds me of him fondly

I remember a lot of people more by scent...I prefer the natural scent of a person and just do not like perfumes and flowery smells much...

@seattlepanda There is no denying that the scent of a woman can make a lasting impression...I feel the same way with a man...I prefer a more natural scent than one of mouthwash, flowery soap, and deodorant...we are a bit too "clean/germ" aphobic here in the USA...

Mine are the Smell of stuffed Cabbage in tomato Sauce, and flowers like Lilac or Lily of the Valley 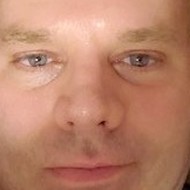 Honeysuckle. It grew along our back fence, and it was glorious on summer nights. Cinnamon makes me feel cozy and warm: my mother made cinnamon rolls most weekends.

Blackcurrants - both the smell and the taste.

My grandfather lived in a very old house and, by the stableblock (which had been converted into workshops for his business and, later, my father's) there was an extremely old blackcurrant bush which was too ancient to fruit most years. My grandfather bought that house in 1927 when it was already four centuries old; he was an avid amateur horticulturist and estimated the bush was about the same age.

However, once in a while it would manage to produce a handful of berries, and they were the most amazing thing I have tasted in my life (and because I was so spoiled, he'd let me eat all of them).Now, whenever I smell or taste blackcurrants, I'm instantly transported back to the last time I ate them from that bush, which was when I was nine years old. That Autumn, he died. The summer preceding that Autumn was the last time I was ever truly happy, and that's why I try to avoid the smell and taste of blackcurrants.

that is so so sad...and leaves open so many questions

Cinnamon - my mother, cinnamon lover. She put it in chocolate chip cookies.

Baking bread - with my daughter.

Fresh air in the mountains- How lucky I am to have eyes that see, a strong body to hike steep trails, and a heart that soars with the beauty of the great outdoors.

Burning oak leaves in the fall. First we got to jump and play in the huge piles.

The main one that comes to mind is horse shit, not only is it the only shit that I like the smell of, but it evokes many horse related memories that I enjoy.

Autumn leaves. Reminds me of rollin around in em as a pup!

Chocolate..Boston had Bakers Chocolate factory in town when I was a kid..You could smell chocolate for miles...especially during summer! yummmmmm

Tar. It is more than a smell to me but I can't put my finger on what the value-added is.

I really enjoy the smell of tar.
When most folks are maneuvering around a hot tar bucket, I'm lingering to take it all in, asphalt as well.
I also can't put my finger on just what it is about it that is so compelling.
I've often thought that I had more that my share of Neanderthal DNA, and perhaps the tar thing is primordial flashback, cravings the ooze.

Peat or “turf” as they call it here in Ireland. I don’t smell it much around here now, with oil-fired central heating and fancy wood burners being the norm, but when I first came to live here there was a lot of peat burned. You can still smell it in the air in places such as Donegal and down the West Coast of Ireland.

Same here. I grew up with the smell of peat reek in my nostrils.

Old Spice! My first slow dance, the guy (boy, we were 11-ish) was wearing it

That has certainly been a jolt to my memory too! The other aftershave that I can remember is Brut, which I believe my husband wore until I got him sorted out!

Old Spice or Bayrum were my Dads 2 favorite aftershave..

@BohoHeathen
Me too, but I think it's just cherry blend.

You can include a link to this post in your posts and comments by including the text q:338949
Agnostic does not evaluate or guarantee the accuracy of any content. Read full disclaimer.