What was something that pushed you towards doubting your religion?

For me it was my pastor, and other figures I looked up towards, not being able to answer questions regarding wether or not christians should follow mosaic law. Needless to say during my studies I became an athiest.

I could never be as blindly accepting as I needed to be in order to be one of the "believers". During my divorce my ex asked our pastor to "counsel" me and convince me to stay. Turns out that during that same time frame he was cheating on his own wife. I think that actually was the final straw for me.

The hypocrisy in my own family. Starting with my mom dragging us to church at for 7 am mass only to have her start in on being bitchy the moment we got into the parking lot.

My mom was narcissistic and my stepdad an alocholic. Besides there being no love there at home, my family was anti-intellectual, racist/bigoted and filled with bully tactics and gaslighting my entire life.

After a while, I realized the cruelty of a God that would place me in a home like that. It was less painful to turn away from God than it was to believe he wanted me there being the scapegoat for all the family dysfunction.

It was my Jewish parents threatening me with"gods going to punish you." as achild. Left in my teens.

People's hypocrisy started my choice to take a sabbatical from church attendance. After that I found out more about church history. The way women are treated there just isn't the life I want. I want more freedom to pursue my passions without being shunned. So I am glad that I have been away from church for the last 4 years.

Its hypocracy, its dependance on illusion and promise.

There a many things. However, if I must nail it down to one thing, it's the fact that #prayer never made me "straight". Raised Southern Baptist Fundamentalist, I was taught my same-sex attraction was an evil spirit 'tempting' me. So we got married and now have 4 adult kids in their 20s. Nobody prayed more intensely than I. But my parents, wife, relatives and friends all prayed for me to be str8 as well. It didn't work, but it sure did a number on me. 13 mental health professionals later, nada.

Mostly it was my religious faith failing to explain or predict outcomes in experienced reality. Too many suprises. I still see religious faith as an epistemological problem.

On the other hand there were a few standout realizations. I remember discussing with a pastor in the charismatic movement for example how his whole denomination was based on nothing but a questionable interpretation of a half-verse in the book of Acts. He was brought up short by this, and admitted it, and then said, "But ... we wouldn't BE charistmatics without that verse!!". This was my first realization that evangelicals conflate beliefs with identity.

I studied too much and eventually found that all of the believers actually believe in advance. There is no evidence of gods. None. Zilch! I was studying for the Pentecostal ministry but none of it matters. There is no "one true religion" or belief. There is no proof, period.

About the same as your reasons are why I started to doubt. I was about 8 yr old and asked questions they couldnt answer so I tried to read the bible to find them. the more I learned about the bible the more I walked away from it. tree of "KNOWLEDGE" is a very good metaphor imo, cuz the more u know about it all the more likely u are to "sin" by walking away from it all.

That is pretty much what happened to me as well. I can relate.

Part of the reason I liked the church was the community. Being in a military family, the chapel community was my social life. I was never a PTA mom, and being a stay at home mom and overseas, I needed support. Back in the US I always went for the liberal churches, Methodist or Presbyterian. Then moving to Omaha could not find a good chruch fit, and actually found some very cliquish churches. As I knew I was headed for divorce I found a church the ex liked, very conservative. Post divorce I left that church and discovered many churches are not welcoming of single females of a certain age. So, getting away from the church community I took a look at what the church taught and what it's acts are. Then a friend had me watch Zeitgeist, and it was like the blinders came off.

It's something that always kind of bugged me from childhood..
you know where did Cain get his wife? and how did all the animals fit on the ark ? And just stuff didn't make sense logistically. It would have been cool to try some Mandrake but that's about it ...
?
It was when I started to get into history that solidified it ....
King James, the council of Nicea, and my all-time favorite Constantine....
From Conqueror to Pope!
... the fighting never stopped...
Mercenaries ( Knights of the Templar)
Spanish Inquisition ( Guantanamo Bay)
Holy Bible (MK Ultra)
It would be insane of me to expect the results to be any different than they are.
. Also it would be a shame to follow a Doctrine that I don't believe in. One that I have questions about , but I'm too afraid to ask because when I do I'm going to be attacked, ostracized and left for crazy.


It's like it was put there to keep me from any type of introspective work. ... to have my mind grasping at the figurative blood of Jesus and forgiveness and taking on the personality of sheep and stuff that's quite useless if I'm to become the greatest version of my self.
I J S.
?

Basically nothing to do - I found it all so lame - I learned to read at a young age and wwas ploughing though books and they had structure which was completely lacking in bible stories. I couldnt see what the other children could see in it - Stopped goign and made the local library ny reference point.

I was exorcised twice that I remember, possibly more, by my mother's cult. But the final fractures were being forced to apologize from the pulpit for being raped when I was 9, and my father's death by Pancreatic Cancer when I was 12. I GTFO when I was 18, but needed to take out loans to go to college and live because I had zero family support. And my GPA wasn't ever great because I was struggling to think through Valproic Acid for the seizures, which the exorcisms didn't cure.

I think science at a young age started my journey. My pastor (whom I liked very much) would have weekly meetings with me since I was questioning evolution and the different eras that have been proven to exist. All he could tell me was maybe God created evolution and his time may be different than how we measure time. I just couldn't buy into it. There was also a ton of hypocrisy and back stabbing within the church. It became a gossip station and felt like school, not a loving church family that it was portrayed to be. 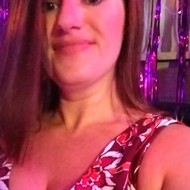 I just always had complete apathy towards religion, and as I grew older it just became hard to take seriously. Everyone just takes it a face value when they are young and roll with it. Every time I pondered it, the mote I would see how crazy and a sham it all was. 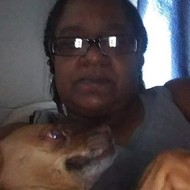 Sitting in the kingdom hall (Jehonvah's Witness), I never felt at home. It never sat right with me. It didn't add up. However, leaving was still a bit difficult in the mind. I still had dreams where I would die in Armaggedon. That's brainwashing for you. I never really contemplated studying other religions, because as I was giving up the belief of the one, it didn't make sense to try and buy into the concept of the others. I didn't buy that creation story, and I had always questioned why the christian story was the only one we accepted as true, when there are literally thousands of other religions, and older ones than Christianity. I also questioned how those never exposed to the "truth" (as JW's called it) could be lost to salvation because of their remote location and non-exposure. None of it made a bit of sense, so my logic led me away from it all.

I realized that I was smarter than anyone in my religious cult. Meaning that they didn't have answers or even want answers. Blind faith is disgusting.

When I saw that human needs, instincts, and behaviors overcome religious dedication in mostly everyone, especially the highest officials.

My parents were very involved in a temple they helped start in my town. There were some squabbles and talks about how religious scriptures, procedures, traditions, and rituals are to be performed... but that part I understood would happen. To give more clarity what I'm tallking about, the temple is a Hindu temple. The people are the proginy of Indian immigrants who came to the West Indies to work. After 150 years, their traditions changed (or did not change\adapt) from what Hindu Indians followed.

I saw squabbles over money, gossip people gave on other people, a music teacher who would sexually assault young girls, and competition to always be the best singer\donator\highest rank in job title\prettiest, etc. This I was not prepared for. In New York, there is a Hindu temple where the parents would pray and the kids would go into their own group in another room. A lot of them dated each other and fooled around sexually. I also noticed that young men with high sex drives would use the temples as ways to find women to be with. It was a total contrast of what the temples were suppose to be about.

I "lost faith" learning that the pious image that was imposed was a lie. The religion practiced in the temple doesn't make you immune to reality. I saw that the good things and success did not come from prayer or devotion, but more from action, reaction, charity, and forgiveness... things that were being preached but not practised.

You can include a link to this post in your posts and comments by including the text q:38678
Agnostic does not evaluate or guarantee the accuracy of any content. Read full disclaimer.