The subtext of texting....

The subtext of texting definitely exists. It seems that texting while convenient, has removed true intimacy and connection with other humans. What are you feelings?

I don't think it has done any such thing. People have made the same complaints about email, telephones, and letter-writing. Texting is just another way to throw thoughts and ideas at other human beings.

It is a very small number of people that l really want to talk to on the phone or in person for any length of time. Texting is great way to communicate without getting into lengthy conversations.

I think texting is fine for quick things and for flirting. But for anything important or complicated I find it frustrating. When trying to convey emotions or details, I find it cumbersome, I start making typos and feel like I can't convey my message. This is frustrating for me, especially if I am trying to quell a misunderstanding (which could've been avoided by an actual conversation) or if my message is time sensitive.

I can see how texting can be appealing when initially meeting and flirting with potential date(s) as it adds a "safe" buffer. But after establishing a relationship (platonic or romantic), I think it can cause confusion and misunderstandings.

I think social media and SmartPhones have made us less social. And it seems Millennials do everything with their phones BUT talk (a.k.a. "Face-Time" ) -- I find that sad.

Totally agree with you.

Texting is fine for quick messages. I find it preferable to a phone call where you just need to impart some info. But it SUCKS for sustained communication, partly because I just can't do it fast with my thumbs. LOL! But beyond that, it's difficult to express emotion and tone and EASY to be misunderstood. This goes for email as well.

Yes for sure, we are becoming robots

I have gotten so used to texting that when my phone rings I don't even recognize the sound it makes. I'm like what the hell is it broken?

Texting has no tone.

Gonna be a contrarian again. The VSS-O and I use text extensively as we're frequently apart and in fact live in seperate houses (it's complicated and involves custody) and find that it keeps us connected.

Yes, AND I don't see how it is taking so long to see.

I view texting as part of the evolution of communication and language, I don't do the whole txt spk thing cos, u no, it sux, l8r

I enjoy texting/typing/messaging formats specifically because they allow me to get all of my ideas out and to convey them in a way that is articulate. Talking face to face can be difficult because sometimes people will try to speak over you, ignore you, or interrupt you.

Been texting with someone from this site and it is frustrating and I don't like it. I will message with someone on here but the telephone is the next step. Why is communication such a problem for some men? Thank you done ranting.

I'm beginning to think he is too. Somethings rotten in the state of Denmark. lol

Because once you get some women talking, it takes the act of a non-existent deity to shut them up again.

I agree with you 100%. A text is words on a screen. It might be a bot or anything. You cannot be intimate with a text. I need to hear your voice to know you are real. Then, if you do not text me to death, we can have a text off and on during the day.
Some people are so addicted to texting that they would do a job interview that way if possible.

OK, now you have replied to this one twice. Are you happy?

It allows an opportunity to hesitate before responding and reflecting before delivering the response... It's not utilized effectively perhaps but there is that opportunity. It is more difficult to reconsider your Initial reaction - complete with body language, tone of voice and volume modifiers, via face to face or even video chatting versus texting.

I see the advantages when there is only one, maybe two, statement or questions. When a conversation would be better, texting is not the way to do it. Texting is too close to pagers, so to me, it's like we're moving backwards...What next, smoke signals?

Also, I feel it does not promote any real sense of feeling in a message, and does not help couples to stay connected.

I too feel like things are going backwards...I think the World was better with "spiny" things! But when you have gadget obsessed consumers convinced that newer is better this is what happens.

Some things are better to be said on the phone or in person.

@Donotbelieve Mine don't raise that high. I'd new a new head.

You can't beat the convenience. I can keep a conversation going at work by ignoring it when I'm busy and replying when I have a chance. Couldn't do that by phone.
The neat thing is when you both send essentially the same text to each other at the same time, and they cross out in cyberland somewhere.
And then of course there is sexting.

i like to use email for work and DON"T hardly answer my phone.. if i talk to somebody on the phone and they tell me what they want and i tell them a price, i forget it right when i hang up. i like written words because i can read and reference it as i need to. i wouldn't mind my g/f - if i had one- to text me nice little messages. my x used to text me from the bedroom as i was working in the other room. but to talk i would much rather talk in person..and never had phone sex but i'm going to go out on a limb and say i also like that much better in person...well much better in her.

I don't "text" as such, but use Facebook messenger on my laptop so I can use a full-sized keyboard. I prefer using this over phone calls or Skyping. I find face to face encounters draining since there is so much protocol required..correct facial expressions, being well-groomed, responding to body language, etc. My daughter keeps trying to "talk" to me with the voice messenger, but I try to decline.

When she's on voice or video feed, she is often rude, ignores me while talking to her boyfriend or looking at her phone to laugh about other messages, etc. Plus I'm often forced to see her in bed with her boyfriend and watch him snoring (gross) and see her many bored signals, as though she were doing me a favor.

I prefer to just message..say what we're going to say, move on. But if she actually is in a chatty mood, such as when she's not getting along with her boyfriend, she is more fun to chat with on the voice messenger.

I'm almost completely deaf so the opposite is true for me. Without text and social media I would be cut off from the rest of the world. I know sign language but it's no good unless I m talking to someone else who knows it. I can't hear a phone call. I can barely hear face to face 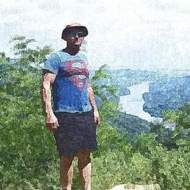 I don't text and am annoyed by people who text me. I don't own a smart phone and texting on a flip phone is ridiculous.

You can include a link to this post in your posts and comments by including the text q:42285
Agnostic does not evaluate or guarantee the accuracy of any content. Read full disclaimer.