What, in your opinion, is the greatest invention in human history?

Anything from the hand-axe to the quantum computer.

Were those invented or discovered?

@indirect76 Maybe a fine line, there. He worked them out until they fit, tough call!

The type that can be mounted on the heads of sharks.

Lmao, love me some Austin Powers.....

Toilet paper was an excellent replacement for cactus.
P.S. I really did want to give an intellectual response but I'm tired and it's late, so the smart ass just came right out, Please forgive this episode.

Most people used stones or the Sears catalog lol.

@SLBushway Some people experimented with tabloid newspapers but discovered they wiped more on than off.

Toilet paper is dirty. Bidets are better. And those automatic bum sprayers in Korea are the bomb.

*"How many neurons make a human brain? For years, the answer has been (give or take) 100 billion. But neuroscientist Suzana Herculano-Houzel decided to count them herself. Her research approach involved dissolving four human brains (donated to science) into a homogeneous mixture -- in her lab at the Institute of Biomedical Sciences in Rio de Janeiro, they call it "brain soup." She then took a sample of the mix, counted the number of cell nuclei belonging to neurons, and scaled that up. Result: the human brain has about 86 billion neurons, 14 billion fewer than assumed -- but intriguingly, far more than other animals, relative to brain size.

She suggests that it was the invention of cooking by our ancestors -- which makes food yield much more metabolic energy -- that allowed humans to develop the largest primate brain."

The process of cooking, especially when done communally, may have given rise to the "ritual" of eating meals together, too - a time when even today we discuss our experiences and exchange thoughts and ideas. That could have had an enormous influence on our development.

The antimatter toaster - I'm from the future.

What the hell are you toasting that you need antimatter to get it done?

Modern plumbing. Being able to effectively deal with human waste eliminated an amazing amount of disease.

It's a draw. Indoor plumbing and air conditioning. I was going to say donuts but that is so obvious.

Lol I am writing a book about donuts. My Uncle owned LaMar’s Donuts. If you have any stories,opinions, or ideas for the book I would appreciate it. Donut photos?

@CandyWorner That is great. Donuts should be one of the major food groups.

Written language. That certainly paved the way for humans to accumulate knowledge on a scale that was never possible before.

Think I gotta go with this.

There are many great ones, but I think the assembly line is one of the greatest. It sparked the industrial revolution, put millions to productive work, made products more affordable.

A cell phone. I don't remember how I lived without one. 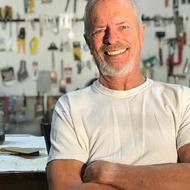 Sliced bread, obviously, since it is the yardstick to which we compare all other innovations.

Are you all missing the obvious? INDOOR PLUMBING

Piggy backing on that one Bill Nye gave a strong argument for municipal sewer and water systems without which large cities could not exist.

You can include a link to this post in your posts and comments by including the text q:62423
Agnostic does not evaluate or guarantee the accuracy of any content. Read full disclaimer.