How are members feeling about all the memes and links on the site?

Asking for a friend.

I love the memes and links...they add great colour, texture, and variety to the site. Don't you?

Agreed. I enjoy the variety of posts. Its nice to have such a Hodge podge of whats going on in members minds and lives.

It doesn't bother me one way or another.
If it's something I don't find amusing, I will usually keep scrolling.
If it's a link, most of the time, I'll ignore it, and keep scrolling.

It's like I've always felt about the phone. Just because it's ringing,
does not mean I have to answer it. I felt this way BEFORE answering
machines, too.
Same with someone at the door. Just cuz you're knocking, doesn't mean
I'm going to open the door to you.
I don't have to. Ever.
If you're the cops, come back with a warrant.


Just because someone posts a link to something, does NOT mean
you, or anyone else, has to click on it.

If you're offended by something, try to remember, being offended does not
constitute a crime being committed against you. Being offended by anything
is a purely subjective thing. It is significant only to YOU. It doesn't have to
matter to anyone else, and no one else has to care that you are offended.

All "yous" mentioned are not directed at YOU. They are all general "yous".

About what you'd expect on a social media site, even one with an atheist focus. People are people, social media are social media. If I didn't like them, I'd go back to newsgroups (do they even have those anymore?).

It's overwhelming at times...I left the meme group because people post constantly and it clogs the newsfeed. Now I just visit there if I have a minute or two to kill.

Ultimately, we have control over what we look at and what notifications we get.

I don't have a problem with memes on this site more than anywhere else and links I appreciate when there's a bit of explanation to their relevance or why the OP finds them interesting.

I do have a problem with memes in general as they're destroying our ability to properly process information and discern fact from fiction as long as they're funny and agreeable. For every meme I see that's funny and accurate, I know there's 10 more out there maybe funnier but spreading lies and an exponential number of people saving them to spread further.

I think they are (mostly) fine.

Not much into memes, and I rarely click links, but I don't have a problem with people posting them. At least they're posting something. I can hardly ever think of anything interesting enough to post. In fact, I've written posts, decided they were worthless and deleted them.

I don't really have an opinion other than, if I don't like them then I just ignore and move on

@IamNobody The one percent is usually a link to something interesting that the poster has described well enough to pique my interest in the link.

Memes are ok, some are funny. I don't read most of the links to be honest but some can be interesting and lead me to things I wouldn't otherwise see

I haven’t seen this place as being a meme kind of environment- I mainly see genuine discussion.

I'm guilty of posting many of both. I have an unusual sense of ironic humour and post meme of that type to find like minded people.
In the case of links, I make a point of adding several lines of text to explain the link in question (which is mostly articles). I usually add the title of the article, a personal opinion and also copy past highlights of the article itself. There is a word limit on posts so often not all the article can be posted usually (and long posts are boring)
Whatever I do to inform, member comments often miss the point because there are based on the title without reading the article. (every title is a clickbait by default).
Based on this post, from now on, I will include a disclaimer : don't comment if you did not read the article.

I always look forward to your posts.

@OpposingOpposum that's because you always flirt with me... (wink, lol)

@Lukian well ok thats true ? but you do post stuff worth reading.

@OpposingOpposum aaaaw so you do like me for my wit then? (I'm honoured by your attention)

Fine. It's all part of community were in.

If I want to look at memes and links, I will go to Facebook

Cat memes are the best.

I look if I think I'm interested but I don't forward anything.

The links I see are good. I'm not sure about the memes.

I post a lot of memes and links to a lot of songs, sorry if you don't like them. 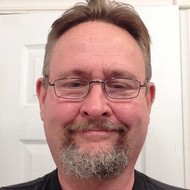 Haven't seen many yet 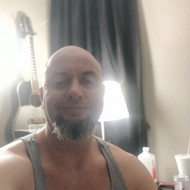 You can include a link to this post in your posts and comments by including the text q:150753
Agnostic does not evaluate or guarantee the accuracy of any content. Read full disclaimer.