I am 48. I give myself a 5% chance to fall in love again and that's probably a very optimistic number. I think the older you are the more picky you get so the chance of falling on love diminish every day. What do you guys think?

I'm 31. Aside from the usual hypergamous female behavior, i.e. being left for some random guy with more money, I haven't experienced anything horrendous in my relationships. I don't even blame women anymore, because I know hypergamy has an evolutionary root. I have devoted my life to become a better version of myself, and I'm never going to get married or have children. I'm much happier having non-exclusive relationships with women than sharing my life and resources with a potential hypergamous "lady" who'll leave me the second she sees a better opportunity. I have never been happier or gotten more action.

@LouElmo
Indeed, but that's what it is! It's an evolutionary mechanism of seeking men who can provide the necessary resources for the family's survival. I think we have to stop bitching about the sluttish behavior of some women and increase our sexual marketplace value by going to the gym, improving our financial status, and giving less shit about women's happiness. Nothing will change until men learn to genuinely give priority to their own happiness instead of chasing or "rescuing" women. Nothing is more unattractive to a woman than neediness and clinginess. You won't believe how many women would line up to hump your brains out if you place the priority on yourself.

Never go looking for love, it will happen when you least expect it. But know that you must be open and accepting to the possibilities and the people you meet daily.

I would agree l am pickier or maybe l don't overlook as much.

More of the latter for me--your post just helped me realize what I am doing & why.

@Carin Is that a good thing? ☺

@Sticks48 Yes, thank you! I overlooked way too much for way too long.

@Carin If there is a "This would be a great relationship "if" moment, you really have to examine that "if" and make sure you can live with it, or think about whether it could become an"IF"!

Fall in love and out of love ; what is that ? Don’t get caught up .

I'm 73 years old and give myself a 99% chance of falling in love again, though I've been divorced 15 years and just started seriously dating the last three. My biggest challenge is finding a woman who wants a committed relationship. [I have not read the 86 comments that proceed mine but hope to later.]

I'm 58, the chances of me finding someone else are remote for a number of reasons:

And contrary to the questioner I'm actually less picky in what I find attractive, could be it doesn't matter anymore or that I've gained a bit of wisdom along the way.

I will allow that the older one gets the picker and more irascible one tends to get, but the rate at which that happens is very individual. I've met people younger than you who have already repaired to their off-the-grid cabin in the woods, to degrade to a vocabulary of a handful of grunts and gradually forget how to interact with Other People; and I've met people older than me (which is getting to be really old) who are still incurable romantics.

Much as I love my wife, if I were to be bereaved of her at this point I am 96.3% certain I'd walk to the end of the path alone. At 61, I don't see any percentage in finding, wooing, and winning someone else only to be faced with years of figuring out their hangups, hot buttons, neuroses and non-negotiable conflicts with who and what I am. There is less energy and vigor / health to devote to such essentially Sisyphian enterprises, and that's triply true on days when I inexplicably hurt all over and my brain doesn't seem to have gotten the memo that I'm awake now. There was a time when I was all-hands-on-deck up for that sort of thing, but that train left the station probably shortly after we got together, back when I was ... what was it ... 52. It's got nothing to do with my wife, it has to do with health, well-being, and what I call psychological overhead. It was probably cemented by my son's death a couple of years back.

But that's me. Your mileage can, and will, vary. I think if you are still up for romantic flings, you should do your best to enjoy them while you can. When they work out, they are one of life's finer pleasures. If you're truly fed up, and not just using it as cover for fear of acting on your real desires, then you should not impose yourself on others or waste their time.

One way to tell is, to look back on all your past romantic experiences. If you're reasonably satisfied with them, then you probably have "The Knack [tm]" and should carry on. If you're not, then you probably should find your real strength (writing, fixing cars, playing Mah-Jong, whatever) and focus on that.

So you can accept that or do something about it to improve your chances. Unless this is just a post to say "it's hard".

Falling in love is getting a whiff of the cheese in the mouse trap. That approach never turned out very well for me. As I got older I realized that too much heat and sparks are detrimental and that long-term trust is built through personal commitment along with continuous attention and communication.

I had to go through those earlier turbulent but reproductive years, and the outcome was very positive, but at this point I am spawned out.

I’ll be 43 next month, haven’t dated in over three years because of medical issues but now I want to scream from the rooftops that I’m more ready than ever, let’s get this love stuff going!! ? 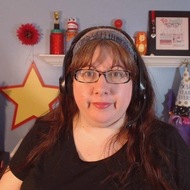 Agreed. But it happened with me after 6 years. The problem was a significant age difference so it didn't work out, and I wish I never felt that again.

The way I see it, it doesn't diminish and I believe it's possible to fall in love again. The problem lands likely on the fact we are not young and good looking anymore. That's the part keeps getting worst by the day.

I think that's all in your head.

I shook my Magic 8-Ball, you're right
I never could get a clear picture of future events.

I think it can go either way. I was brought up to marry within my religion and I had a list of things I expected in a spouse. They were all the wrongs things to determine whether they were a good spouse or not, though. I now have a different set of indicators on whether a relationship will work or not and I feel certain they are far more solid than the list I had before. I could have a relationship with a much wider range of people than before. That said, with my higher age, opportunities are more slim. Many people are already married or hurting from previous bad relationships. That is the reason I feel like I have fewer opportunities at a healthy relationship now than I did before. 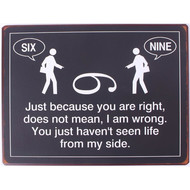 I see where you are coming from. The pickiness works both ways, I've had zero interest since I 'came on the market'.

I'm 54, it seems I have become more complacent and acceptant that I probably will be alone until the end. I am of the attitude of 'if it happens, it happens'. Meanwhile I try to keep my surroundings in my favor and my dogs and cats as buddies. I haven't shut myself down but I'm not actively seeking either.
Also, I have found out all the crap I suffered through earlier wasn't my fault. The social interaction with my family and a couple others ruined my first 53 years. So now I have a new life, I'm exploring it and having fun with it. Perhaps it's a sort of mid-life crisis happening later, whatever it is I feel new and unencumbered. I feel hopeful again.

Well I haven't been too hopeful. I believe that the intensity of my marriage would never be felt again, but, I am now casually dating a lady with whom I think that old flame could revive. Taking it slow but the energy and attention is starting to flow, so, just maybe.

You can include a link to this post in your posts and comments by including the text q:178401
Agnostic does not evaluate or guarantee the accuracy of any content. Read full disclaimer.