Jimmy Carter says the US is the most warlike nation and that is costing it the progress it could be making but isn’t. He compared it to China which is benefitting from a peace dividend. Is Carter right? [original.antiwar.com]

Since Independence, the USA has only NOT been at war for a total of 17 years. They are,by far, the most belligérant country in the World.

@Larry-new Reckon you didn't heard any other item of any other country... France for example? Funny all items were created during time of War!!!!

@Larry-new God Save The Queen has a verse about beating the daylights out of the Scots! That’s not very friendly either.

He is right. We have become both paranoid and using that paranoia to allow military officers to further their careers as lobbyists or working for industries that sell to the military. The military even is allowed, under the "takings" rule to ignore the endangered species act and harass or even destroy species. This is happening here, where I live. It was Eisenhower who said "beware of the military-industrial complex."

as soon as those retired military parasites start a lobbying career their cushy pensions should be suspended.

@callmedubious There was a time period after retirement that they could not be a lobbyist. Unfortunately, tRump rescinded it. This is a common practice among many workers. It's called double dipping. A superintendent of our local school retired some years ago but, after a year came back and got another job with the school and got 2 paychecks. I, myself, was disabled from the military and have a pension. I was also working so got another paycheck. The problem is, is when it is done and both checks come from the government.

Yes he is right. War only benefits the top 1 percent. The taxpayers finance it with taxes and their children. 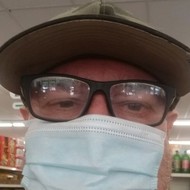 Meanwhile the earth is heating up. That's what we should be attending to.

I'd say that Carter is grossly UNDERSTATING in his comment.

Still proud that I was a member of the Carter Campaign in 1976. 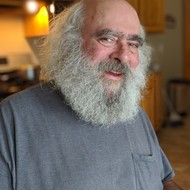 He supported radical islamic rebel groups to overthrow the Afghanistan Socialist government, he was the one who started this game.

We're certainly the nation on the most war-like footing. We spend more on "defense" than the next several nations combined. While this has served to keep Americans safe at home, it also insulates us from what's going on in the world.

If we spent half that money on anything else, yeah, we'd be in a better place.

Safe at home is an outrageous statement since the USA has never been invaded at all. The USA on the other hand has been invading other countries ever since the country was founded and only to rape and pillage to get what ever it needs, without the concern for anybody but themselves

@Dicaron "Safe at home is an outrageous statement since the USA has never been invaded at all."
This is my point. We have been attacked, but almost since our inception we've been isolated from the worst of the world's problems.

@Dicaron can’t imagine who would want to invade USA. I can’t think of any outstanding resources other than a bit of oil here and there. I am however open to be educated as I have never looked at the subject of N Am resources.

Spot on Jimmy Carter.If the $trillions spent on waging wars around the world had been spent at home the USA really would be a world leader.

Of course he is right, but that is how 'merca has been from the beginning. 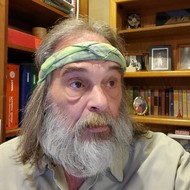 since powerful rich ppl continue to profit from the military/industrial/security complex it will be business as usual. 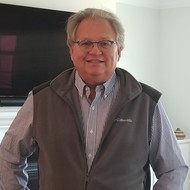 We're certainly involved in a lot of conflicts, some unavoidable, and some because we don't want to negotiate and compromise because we have the military advantage.

"War may sometimes be a necessary evil. But no matter how necessary, it is always an evil, never a good. We will not learn how to live together in peace by killing each other's children." Jimmy Carter

Please explain what you think conflicts that were unavoidable are. I have not yet seen any evidence of any actions that the USA should never have taken action at all.

@Dicaron I was thinking current conflict such as terrorist groups against the US and its allies.

Didn’t think much of him as president, but he does have a point. Times change and economic gains could and were increased through military actions. That’s changing, the costs are more than the benefits gained. We still need defense, but should be changing our tactics to align with the more peaceful nature of the world. Tap into the peace dividend. The reality is it’s about economics. Most wars were economic anyway. There were a few that were because someone got their nickers in a knot, even those only lasted until it became uneconomical. So right on Mr. Carter.

It is the USA that has been a major contributor to the violence on this planet. The USA hand has been invading other countries ever since the country was founded and only to rape and pillage to get what ever it needs, without the concern for anybody but themselves

I thought we were fairly peaceful country. Until last 3 years, do who is running the country and now it seems war like.

Really, you thought that?

@273kelvin I think there may be others if one includes the US mucking about with foreign governments.

Oh and I forgot Grenada and Panama

You should probably rethink that statement.

@Sticks48 What's the matter, does the Truth hurt?

@Triphid No, the statement about us being peaceful. What the hell are you talking about. We haven't been in a necessary war since WWII.

@Sticks48 Since WHEN is ANY WAR necessary?
Shit, you yanks fought and killed each other over owning Slaves, you made fortunes with your Lend-Lease Program during WWII, you ONLY entered into both WWI and WWII when you wanted to or were attacked by the Japanese, you created Nuclear Weapons that killed thousands of relatively innocent Japanese women and children, would you like me to go on further, it might hurt your seemingly 'snowflake' feelings if I did though?

@Triphid I have come to the conclusion you are not paying attention or you are as dumb as a day old bagel. Which is it? I HATE WAR! Any rational human being does. America has been in wars pretty much continuously since our inception.

@Sticks48 Yes, I agree 1001% and IF there is no War or stoush happening somewhere in the world America will go all out to create one.
I'd also suggest that your 'conclusion' is erroneous to say the very least.

@273kelvin You forgot Canada. The USA invaded Canada in 1812. They thought Canada was an easy target. But Canada pushed back and all the way to the White House and whipped their ass, then burned the White House to the ground.

@Sticks48 The USA may not have declared war, but you have continuously invaded other countries ever since your country was founded.

@Dicaron That is what l keep saying. I have not in anyway defended our country. Can you people read. Jesus fucking Christ. Stevie Wonder could read this!

@Dicaron I did not forget.I said "In my lifetime" oh and they did invade Canada in the 1970`s

Yes. Why are we involved? Money? Oil?

You can include a link to this post in your posts and comments by including the text q:335545
Agnostic does not evaluate or guarantee the accuracy of any content. Read full disclaimer.