Tell me something that you miss about the 1970’s.

I was in a car accident in one of those in the early 90's - hit by a Monte Carlo - thankfully - broadsided!

Man my friend was a terrible driver.

The bookmobile - a mobile library. They came around every two weeks to my little rural town. The bookmobile ladies always had books stashed away for me because they knew I was a voracious reader. They helped open my eyes to the world. One of my most fond memories. 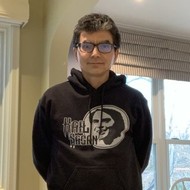 we had that too. it was an event

The 70’s was the absolute last gasp for the dying medium known as commercial radio.

It was the last time you could tune in to a radio station where the programming was curated by a human being rather than programmed by charts and graphs and a computer.

It was the last time a DJ had a couple of open slots every hour where they could pick what they wanted and were allowed to spin a record just to see if it caught on with the listeners.

It was the last time a song which exceeded a four minute and twenty five second time limit could still find a home on the airwaves.

It was still a time before the sleazy likes of Rupert Murdoch and Clear Channel.

Disco music! Wanna get your house cleaned in record time & have fun doing it? Blast some disco & Voila!

I didn't make noises when I moved and what-a-burger

What-a-burger is pretty crappy these days, in my opinion. I do miss what it used to be.

@bingst been a long time since i had one.

Sex, drugs and rock and roll

Pants that have laces instead of zippers. 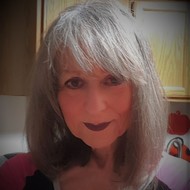 My health...and I found your color orange, it's in the white house

I can only speak for the later half of that decade, but I miss Sesame Street with Mr. Hooper.

Some of you already stole some of my responses, like my youth, my baby shit green Vegas, but I also miss doing gymnastics in the yard with the whole neighborhood of kids.

What i miss most about the 1970's is the 1970's. People today often do not even know what a landline phone is. Do they ever watch TV? Maybe too busy texting each other nonstop.

Only seven TV channels -- three networks, three local stations, one PBS -- and yet there was still plenty of good stuff to watch.

we only had three BBC1 BBC2 and ITV

Riding my bike, wind in my hair before anybody started to fuss over helmets.

@AmiSue I was much more reckless then. Local ordinances now seem to suggest that 10mph on a 0 grade, paved path, away from cars is a death with that can only be performed when your head is encased in styrofoam. Meanwhile, in downtown Portland, there are electric scooters riding alongside buses, the riders' heads uncovered (suspect witnesses may be secretly praying for darwinian justice).

My Honda XL75....and riding in the woods with the neighborhood kids. 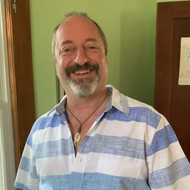 Hey, I have an orange shirt on now ! Lol

The decade that fashion forgot. I miss my relative youth but not much else.

You can include a link to this post in your posts and comments by including the text q:379403
Agnostic does not evaluate or guarantee the accuracy of any content. Read full disclaimer.