Ok so I'm not sure how many parts of the country are getting it but the My Pillow guy is hawking his book. In the commercial he talks about using math to "prove" god exists. What do people say? These are the first two things that popped up on google.

I will say to anyone, if you have proof of god's existence supported by evidence, facts and data, don't put it on Facebook, present it to the Nobel Prize Committee and if it is accepted, become the most famous person in history and receive your reward.

to use a northern english phrase what a load of codswollop. Or utter bollocks 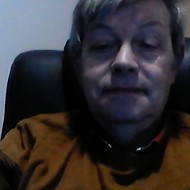 My Pillow...cheap chunks of foam stuffed in a cover, you can get the exact same thing at any Walmart for $5. To me, a metaphor for this idiot!

Math proves that math exists unless you are British. Then we need Maths. 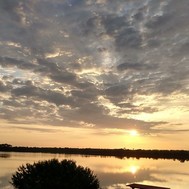 I believe in one god.

Praise be his noodly appendage!

For the second video, I would respond with “I do not know” to the question of why math/physics is consistent. It’s a perfectly honest response and shuts down the argument as the questioner must then propose a reason and defend it instead of you defending your position.

Further, I may want to disagree with the premise that mathematics is consistent by citing Gödel’s Incompleteness Theorems. I could also show that physics is inconsistent given the contradiction of Quantum mechanics and General Relativity.

Though I may hold off on mentioning those things until the person absolutely paints themselves into a corner by relying on that premise.

Indeed! I was wondering if someone would take a shot at the ultimate math problem Trinitarians (i.e., most Christians) have. 1 god in 3 persons, or 3 = 1.

If math could have proven that any god was real, science would have done it by now. As far as the book and pillow are concerned, I smell road apples.

Anybody who claims to be able to prove anything in science, including the existence claim of any god, is merely flaunting their own ignorance.

His premise is off the mark, from the start. Just because there are multiple consistencies in the world, does not mean that they were put in place by some god-thing. If there were not consistencies in physics, etc. THIS universe would either not exist (my guess), or be of some other sort, and never have made life as we know it, which is dependent, if you will, on physical and chemical consistencies. People's agendas blind them to things that do not fit said agendas.

I'm reasonably sure Dawkins addressed this line of argument much more comprehensively than ever I could. It's in The God Delusion. I won't try to replicate the elegance of his explanations here, my clumsiness would tarnish them utterly.

Here's a much simpler mathematical explanation. Religions and gods were all created, with 100% certainty, no probabilities here but 100% certainty, by feeble human minds that had no basic knowledge of how natural things exist. Thus all were man made, ergo product of human uneducated minds. In consequence, all a figment of feeble minds. You're welcome.

That's all anyone needs ... just another ignorant fool's opinion on the existence of god(s).

I guess you can take any idea and twist it enough that it will support any point you want to make. Still not convinced that there is a god.

Just trying to sell a book, even if it's shit, he'll make money from the fools that buy it and then dicover that they wasted their money. But, he'll still make money. That's what it's all about.

I though it may be fun, since I have nothing better to do, to look for the holes in his arguments. But I am sorry to say that my maths is not that good. I lost count. LOL

By accident, I cought a ''paid ad/half hour'' with this man babbling about being able to ''absolutely PROVE" that miracles exist! I guess he's made a fortune on silly pillows and plans on spending it to sell his BOOK!

That was what I basically got. At no point, in either video, was there any proof. Just a lot of words.

Let's put aside for the moment that the whole point of The Theory Of Evolution is to provide a plausible account of how living organisms can move from the simple to the mind-boggling, seemingly non-intuitively complex. Even if a god or gods did it, it does not follow that the Bible, or Christianity, or any other religion has any validity. You still wind up in the same place, not worshiping any deity, any having to devise your own values. 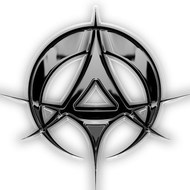 One guy used math to prove the universe had a beginning. He was a Catholic priest so we know he was a fraudster. He used Edwin Hubble’s tentative hypothesis and America’s fundamentalists bought it.

You've got the story a little contorted. LeMaître, a Jesuit priest, mathematician, and astronomer. He concluded, after studying Einstein's Theory of General Relativity, that the universe could have begun as a small superdense mass that burst into what we have. Einstein studied LeMaître's work and told him that although the math was correct his physics was abominable. Hubble's observation of the red shift of distant galaxies came later, and convinced Einstein that LeMaître was right.

The fundamentalists were and still are certain that the universe was created in its current state around 6000 years ago. The Catholic church also resisted LeMaître's explanation for the origin of the universe but later accepted it with the caveat that since the cause of the "Big Bang" was unknown, it was the work of god. Meaning their god, of course.

Novelty, the universe neither banged nor expanded.

Edwin Hubble hypothesized two universes, the first of them expanding. He summarized his hypotheses in the 1937 Royal Astronomical Society Monthly Notices:
“If the red shifts are a Doppler shift . . . the observations as they stand lead to the anomaly of a closed universe, curiously small and dense, and, it may be added, suspiciously young.
“On the other hand, if red shifts are not Doppler effects, these anomalies disappear and the region observed appears as a small, homogeneous, but insignificant portion of a universe extended indefinitely in both space and time.“

LeMaitre had taken the first one, and probably because it suited his purpose, to support Genesis, wrote his math, ran time backwards and “found” a “primeval atom”.
Many working astronomers disagreed but they wanted to do astronomy, not do battle with the fundamentalist xians who, to refute Darwin, needed a creation point.

Novelty I first heard the Bang story in 1961-62 when I was in grad school studying physics. I didn’t believe it then and forty-plus years later after i’d retired started studying it.

The story has changed in the last five or so years and JimG is telling the new story.
For a moment, assume the expansion story true. The matter was moving along straight lines and its momentum was linear. Yet, in the galaxies the matter is moving about a galaxy’s center and the momentum is angular. Jim and others who accept the expansion story havve not explained the forces that changed the linear momentum to angular momentum.

If you want to read, go to www.newtoeu.com and after looking around download the free PDF file. You won’t need a degree in physics.

@Novelty, @yvilletom That new five year old story is the one I read in the late 1980s.

As a former competitive shooter and lifelong target shooter, I've witnessed the change of linear movement into angular movement every time I squeeze the trigger. A bullet directed in a straight line by a rifle barrel begins accelerating towards the earth as soon as it clears the muzzle.

The Big Bang theory was used to successfully predict many previously undiscovered features of the universe beyond its expansion, including cosmic background radiation, the overall temperature of space, and matter distribution within the known universe. The predictive power of the big bang theory is pretty strong supporting evidence.

@Novelty Of course you have no reason to know LeMaitre’s thoughts. He died in 1965.

@JimG You would try to analogize a fired bullet with matter forming a galaxy?
Have you no shame?
Linear movement is not linear momentum. Ditto for angular movement; it is not angular momentum.
btw, I fired 20 and 40 mm antiaircraft ammo in the Navy. I dealt with gravity, the target’s motion, and the ship’s rolling, pitching and yawing. Try first year general science again.

@yvilletom The same force, gravity applies in both cases. It transforms linear motion into angular. Don't you think it's a little dishonest to change your subject from universal expansion to planetary formation in midstream. I'd love to hear how the gravitational force is different in each case, but I don't care to deal with your self-important arrogance.

I got math that can account for his shit; eat one item, shit one item. It gonna look like shit but out of his mouth...lol

He sells "American" made, "best sleep" ever pillows. A real made for television shuckster who made millions.

You can include a link to this post in your posts and comments by including the text q:492732
Agnostic does not evaluate or guarantee the accuracy of any content. Read full disclaimer.