How do you explain to others that you have morals and ethics despite not being religious?

Been asked a few times....others have given better explainations....people need only their own rational ability to reason to have ethics and morals.

"Being a moral, kind and good person is a daily choice," I explain. "I don't need a Bible or church to tell me how to behave."

I don't explain, I demonstrate.

By the time they figure out I'm a godless bastard, amusing levels of cognitive dissonance result.

Evolution is a very slow-moving train. The environment is capable of moving much faster at times. Evolution gave us the basic ingredients of morals and ethics during a time (the Pleistocene) when our relationship to our environment was essentially that of hunter-gatherer. Then about twelve thousand years ago we did an oopsie - we invented agriculture.

This invention precipitated a profound shift in our immediate environment, both geographically and socially. Instead of living a nomadic life, we became livers-in-place. Living in place created many, powerful, theretofore unencountered supernormal stimuli such as endless abundance of food, constant exposure to large numbers of people many of whom were strangers, the accumulation of money and power, etc., etc.

Evolution created morality but it had no way of anticipating the effects agriculture would have on our species, so we did what we always do when our environment shifts faster than evolution can... we made the necessary corrections in that part of our being that is more readily malleable: culture. We designed cultural correctives in the form of organized religion (and law) to extend our natural sense of ethics to cover the new supernormal temptations we had created for ourselves.

We are no longer, and never again will be, "natural" animals. We have outpaced natural selection and are now performing artificial selection upon ourselves and other species. We counterbalance these evolutionary mismatches with cultural remedies we sometimes call religious and at other times prefer to call secular, but at all times are in need of, and will be as long as we exist. No modern human is without the moral compass evolution provided (well, maybe psychopaths), and no modern human, save perhaps the rare feral human, is without the need for some kind of artificial morality for coping with the artificial environment we have created for ourselves, regardless of whether we characterize that guide as religious or secular.

I'm sorry but I have to disagree with almost all of that. I was good with The part that evolution is a very slow moving train. After that I forgot what the question was.

@skado I like the way you think. Very accurately and eloquently said. Thank you.

@skado You don't really know me, but my reply to you was only in good humor. Your answer was very well said,and I don't have that gift of words. No harm meant.

No need to explain it. Just walk the walk.

I point out that most people I've seen that are religious, have little or no morals. They are phony as F. 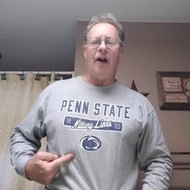 I don't explain myself to anyone. I just live my life. It is easier that way. People, even your own family, will never see you like you see yourself. Be judged by how you live your life, not by how you explain your life.

I tell them that my morality is informed by and for the purpose of guiding my life towards flourishing.

I say, "I have good morals and ethics, I do not need religion to control myself."

That is one of my favorite questions from theists. First I have them recognize their definition of (moral) as that which pleases their god. Then I site their bible and use the story of how Zephyra, to please his god, killed his young daughter, cut her up and burned her parts because his god Yahweh enjoys the smell of burning flesh. This was a moral act. Slaver, OK in the bible, bears eating children because they teased a balding priest, happy/blessed is the one who seizes your infants and smashes their heads into rocks the list goes on. FUN! Then I tell them I find what their bible defines as moral acts reprehensible and my definition of morality does not require a petty god to mandate barbaric rules. We, as a species, evolved as a social creature and the we benefit as a society when we treat each other the way we would wish to be treated. I usually continue for a very long topic but this hits the high points.

Where in the bible is the story of Zephyra? So I can cite it for others

@AnnaMD Judges 11:29-40 NLT I would recommend checking out this link [evilbible.com] for lots of goodies.

@NoMagicCookie Thanks for the source! I don't think that I could use evilbible when talking to Christians. They wouldn't really like it that much lol

@AnnaMD I use evilbible a lot when dealing with arrogant theists. Evilbible sites their bible so you can use biblical citation and disregard evilbible as the pointer to their bible. Still using their holy book to establish your premise.

Again, if you need a promise of an eternal reward and the threat of eternal torture to coerce you to act morally and ethically; you have no business questioning my morals and ethics.

I don’t need to...my friends all know it . Just be a moral person....religion didn’t invent morals. Man invented religion, morals are innate we don’t need religion to tell us right from wrong.

I don't have to explain, at least to those that know me.
Of the friends that I have, some long time, some newer, some are believers, some are not.
The thing is that we judge, or accept might be a better word, each other by the kind of human beings we are, by ourselves, and to others, rather than any belief or political ideal.

Essentially, I like to be in the fold of other good people. My list might not be that big, but I'll favor any one of them in a heartbeat.

And in all of the cases of friends, at least to me, it takes a while to really get to know someone, a price btw, that I will gladly pay.

If asked by another that I don't know, about my morals and ethics, I will gladly , calmly explain my point of view.
After that it's in their court, if they have a problem, well, tfb. And I will just walk away. I don't think I have the need nor desire to argue with those that are unaccepting.

I simply try to explain to them, often without any results sadly, that morals and ethics were a part of human kind long before religions were ever invented.

Fear is not a good motive for ethics. "Because God says so" is not a good reason for doing anything. I never understood ethics until I ditched the God myth, and had to build new foundations for understanding right from wrong. I studied and built up my understanding of ethics based on happiness rather than fear. Now I am more happy and ethical than I ever was as a theist.

Before answering, let me share my view about this question. These sort of questions have a wrong assumption that morality comes from religion. And religious people, relatively new atheists/agnostics always ask this question. And so has been answered by many great personalities.

Now, let me share my response to the question:

Also, how does a puppy return it’s love towards the master! Is it because the pup is religious?

What had happened during the Montreal Terror of 1969?
A religious society created the riots when the police went on strike.
So the message is clear: morality doesn’t come from religion.

For example, our concepts of morality have changed a lot over the history.

For an ancient king, hunting was part of his duty and so morality. Then only he could feed his people. How about now? We can’t just go anywhere and hunt. We came to realize we need to conserve wildlife.

Think about gender equality. Was it the same always? Never. In fact even now many religions consider women to be secondary to men. But is it an accepted morality for a civilized human? Definitely not.

In addition, it’s the law enforcement agencies and police who also contribute in shaping the morality of a society.

To conclude,
-> our morality constantly should evolve as our knowledge base expands.
-> Everyone (no matter religious or not) should put conscious effort to nurture their morality.
-> Policing is one way to maintain morality in a civilized society

I don't, If they are not around me enough to see by my actions, Then why bother.

If a person said that to you directly, what would you say?

@MissKathleen I would say, because I am not religious, Therefore the door is wide open to having good morals and good ethics. There is nothing to block my vision. Now if I did say that to a religious person, they would not get that, unless maybe they knew me and got to see first hand my actions, and even then they would have a hard time. That's why I say why bother.

I simply tell them that my moral code is built on the idea of treating all people and the environment with dignity and respect and making choices based on minimum violation pg the environment and of the dignity of people. I tell them that I am responsible for my action and choices and their consequences as In each case, I could have chosen otherwise.

Dogs are loving, caring and affectionate without god - are we humans less inherently capable of morality than dogs?

In most cases, yes.

why bother? if they need an explanation, they aren't necessarily capable of understanding one. (that's not true of all topics or all explanations, but to even posit the question "how can you have morals without religion?" you have to have a belief system that would balk at an honest answer!

I honestly have no idea. I was raised without religion but have been told by countless people that I'm one of the kindest humans they know. Yet these same people claim that you need religion to have morals... I think this battle is one that will never be won haha and can just be left alone and shrugged off.

I don't waste my time explaining anything to anyone religious. I will give an explanation if asked why I am an A-theist.

You can include a link to this post in your posts and comments by including the text q:253944
Agnostic does not evaluate or guarantee the accuracy of any content. Read full disclaimer.