Which do you prefer, no fence sitting

Star Trek all the way. I love the optimistic outlook for the future.

To me the names say it all: Trek or Wars

Wouldn't it be a false dichotomy only if you choose "Battlestar Galactica?"

Star Trek. Jean Luc Picard is the greatest ever.

No, Q was the greatest ever. He's my hero.

I like Star Trek because it is more science than fantasy. There are a couple plot devices that don't pass the smell test (the transporter, for example) but overall at least it is science-based. Star Trek also has so much content over several decades and series. The Star Trek universe is very well developed. The Star War universe is pretty thin of content (just how many times do you rebuild the Death Star before you get the fatal design flaws out?). Star Trek solves problems - they cure diseases, they rush to save planets from environmental disaster or plague. Star Trek - they fought the Borg! Star Wars - they fight the Empire, which makes crappy weapons and gets defeated by Ewoks (Teddy Bears with teeth and bolas.)

I am saying Star wars only because I love Yoda

Gotta go with Trek..it was the most realistic of them.

Love both, TBH. Wars tends to be more focused on one topic or niche of topics while Trek delved into a wider range of situations and issues.

Too much religion "force" in star wars...and not thought provoking like Trek.

Someone said false dichotomy. False comparison might be how I would see it. SW is space opera and space fiction. Like us but not us in another galaxy. ST is science fiction, an idealised better more evolved version of us engaging in space exploration in a future many of would like to see, a least something like that.

When I want space opera to help me escape, I take the force.
When I want to indulge in a fiction of a brighter tomorrow of us in space, then beam me up (Scotty).

BTW don't you think it's strange that we say Star this and Star that? The wars in SW are between planets, not stars. It's Planet Wars. Captain Kirk and co are not trekking to stars, but to planets. It's a Planet Trek.
I guess it's just cooler to say Star ---

yeah star trek,
but for excitement and interest , Stargate.

Went on the Star Trek Cruise in January and it was the best vacation ever. Can’t wait for next year!

One is very well written...Trek!.....The other is nothing but SOS with different characters in a different universe doing the same old movie crapola....Wars!.

No comparison, one is Art and the other is Commerce

You really don't think it got monotonous during the war with the Dominion?

@ElizabethI What? Which? Star Trek? Hell, I was talking about the TV show! Have I cheated?

@twill That was mostly in Star Trek: Deep Space 9, but was also brought up a few times in Star Trek: Voyager. These were both television series.

@twill Ah, okay. Star Trek TOS was great for its day. Going back to look at it now with the different view of how women are regarded today, some of it is kind of cringe-worthy. Spock was my favorite character of any of the Star Trek universe characters though.

Now the REALLY hard questions come out. Two stories, both alike in excellence, In fair internet, where we lay our scene, From ancient grudge break to new mutiny, Where civil blood makes civil hands unclean.

I love most movies with "Star" in the title.

neither for me too

I was going to switch to one of his the other day, but all his work is so phenomenally good I couldn't decide which one to use!

Star Wars for sure! In my opinion, Star Trek is cool but nothing can compare to Star Wars.

I saw this movie years ago, and it was genius.

I think most people here prefer Star Trek over Star Wars, because ti depicts a future which seems more appealing as a place to live. It's a more positive vision of the future.

I did not like the added movies under the Star Wars name. I love both versions or Star Trek. 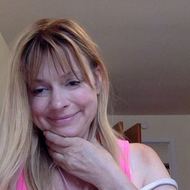 I may be the only one here who never saw any of the Star Wars movies...there..I told the world.

SW reused the same plot so many times, they should be arrested. It is insulting.

You can include a link to this post in your posts and comments by including the text q:29105
Agnostic does not evaluate or guarantee the accuracy of any content. Read full disclaimer.