Diamonds Are NOT A Girl's Best Friend

In sketchy areas, Mom turned the huge diamond to her palm. "I could have my finger cut off for this ring," she said.

Mom died in 2008. During a bad recession. We had Mom's ring appraised: $55,000; excellent quality. My three siblings and I held off on selling the ring, thinking the economy was lousy and it will increase in value.

A New York City jeweler bought the diamond. The setting was melted down and sold as gold.

"May I have the crispest $100 bill you have?" I asked while depositing the check. "It's for my daughter."

My brother bought an iPhone.

Glad my mother gave me her pearls! Now I need to get them re-strung. 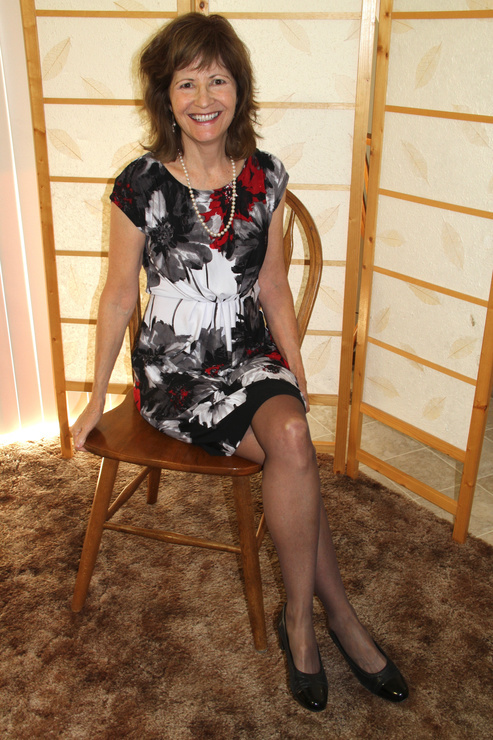 Diamonds are a scam made up by De Beers and other large diamond brokers to make them money.

Diamonds are basically burnt toast put under a lot of pressure and heat for a long time, or a piece of burnt toast run through a process developed by GE back in the 1950's, did not become commercial until the 1990's and now most industrial diamonds are manufactured. Diamonds are like sand on the beach.

Yet another reason to be a minimalist. Good story.

As they say in the antique market an item is only worth what someone is willing to pay for it.

I was quoting the song, "Diamonds Are A Girl's Best Friend." It was sung by Marilyn Monroe in the movie, "Gentlemen Prefer Blondes."

The pearls are lovely and can be worn with nearly everything.

Thank you. I agree.

These are real pearls. Love how they get warm from my body heat.

Thank you for your story...I have several diamond rings and were told the only value is the precious metal, gold or platinum and sometimes silver..the jeweler opened a drawer filled will all sorts of diamonds, some rather large...almost throw aways, he said...

I am sad that all of that money was spent by the people before me, but there is no getting it back, so I will have it melted down, take the cash, and give it to my nieces and nephews in memory of their grandmother who loved her rings!

I spent quite a bit on my ex wife's engagement ring. When we divorced, I got the ring back. I took it to the same jewelry store I purchased it at, and they offered to buy it back for pennies on the dollar.

I never got the ring back. The relationship was so short, we spent separated before I even finished paying off the ring.

Unfortunately, diamonds have 4 values, based on my experience with inherited diamonds.

Nice pearls. They are a nice look for an attractive lady.

At my father's funeral, my mother gave me my paternal grandmom's diamond ring. She told me not to tell my siblings i had it. Sadly i lost it weraing it daily on my thumb as her fingers were larger than mine.

At my maternal grandmother's funeral, my mother gave me her copper and diamond ring. I wear it frequently. It fits much better although it turns my finger green.

I am glad i did not have to share either with my siblings. I may place too much value on sentimental things.

It's sad that the computer cut garbage is valued more than the craftmanship needed in the before time. Hang onto to those pearls if you can!

I thought the value of diamonds getting higher as the time goes by like antique furniture, plus yeah! I thought lots of things about diamond that it is a good investment as jewelry.thanks for that info story

but your pearl is such really good and nice.

@Deiter Thank you for writing that.I have been trying to tell Haven (Boomtarat03) ,above,who is my GF, that DeBeers invented the market 100 years ago and that diamonds were not always the fashion just a marketing ploy and that most people cannot tell a fake from the real deal. (I'm poor.LOL) Cheers.

Interesting. I would think heirloom jewelry would be in fashion.

As an Asperger's syndrome Person, I am a person driven by logic and I view people (as in most non-Asperger's "normal" people), as illogical. Watching a documentary on the production of man-made diamonds where they were using peanut butter and stated, that they could use any carbonatious material, it immediately came to me that instead of peanut butter they could have used feces. Considering the illogical nature of normal people, I wondered what reaction a women would have if she found out that the man-made engagement ring diamond had been made from feces. To me, it would be irrelevant, but to a starry-eyed, emotional bride to be? Come on girl...a diamond is a diamond.

The jewelry industry has a %400 markup not a good investment

Jewelry is not an investment. I still love it.

technology can ruin things that were always valued.

I'm sorry to hear such a sad sad repetitive story of consumer deception, rampant in the US and more and more in the whole world. I take it you've never heard of de beers marketing campaign. De beers in the early to mid 20th century had made huge investments in consolidating and monopolizing the diamond market but no one was buying and they were going broke. They hired a marketing firm and the guy who took the account went on to make marketing history which is still taught in business schools. He invented the myth of the diamond. Both that it's valuable and that it's expected to spend so and so paychecks and the de facto symbol of marriage. 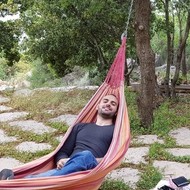 Idk how many people thought they were investing and rashly bought ones as value investment without checking resale value and lost their life savings. I imagine it would be countless. Always be wary of what people are claiming especially as a consumer. No one has your back unlike what you expect in a developed democracy

My father was a professional jazz musician in Detroit, from age 14 (he lied about his age to get into the Musician's Union) until 51, when he died of colon cancer in 1978.

Their goal was to go to Hawaii on the dividends in 10 years. The men and my mother (the only athletic wife) learned scuba diving. Living on lakes, they were all sailors. Together they flew to the islands (Bahamas, Virgin Islands, the Canary Islands) and rented a large sailboat.

To control their breathing, they brought their regulators and rented air tanks. They sailed from island to island, scuba diving for lobster for lunch. In the evening, the musicians sat in with bands on the islands. They returned home with steel drums for the kids, wild stories and bad sunburns.

No kids allowed. My parents were gone on sailing adventures for three weeks at a time, two and three times a year.

@LiterateHiker Thanks for responding in such detail.

Ouch, I hate that feeling of losing out on a huge investment. While working at a music store before college, I bought a $3,500 Martin HD28-LSV acoustic guitar, worth more than most of my cars to this day. It should have been a great investment. Famous among bluegrass musicians, the D-28 is the most iconic acoustic guitar ever created, and this was a signature model with an extra large sound hole modeled after the one played by Clarence White of the Byrds. His cigarette had burned away part of the soundhole so he had it routed out to conceal the damage, creating a new, voluminous sound.

With the wholesale discount from working at the store I paid 2,700; I made payments while working over a couple years, and my dad paid off the last 600 dollars as a graduation present. It was really hard to play, but it was the loudest stringed acoustic instrument possible with the boomiest bass and crispiest high end you’ve ever heard. I fell on hard times paying my rent a couple years ago, and brought it to a music store. As it turns out, my years of chain smoking and not keeping a hygrometer in the case had dried it out, causing the neck to bow away from the body in such a way that I didn’t notice, because the action (string height) was always very high to begin with. It wasn’t made of the endangered woods I was told either; supposedly Indian Sitka Spruce and Brazilian rosewood, now illegal to harvest.

I know just enough about instruments to know they were telling the truth, and it would need serious repairs, but still a great instrument. I took 1600 for it and it still hurts to think about. I definitely don’t want to know what they sold it for after repairs.

I’m glad you got the pearls! They are gorgeous.

Such a very Beautiful picture of you,,look at that smile ..I had bought some diamonds in the past as an investment ,but was very hard to try and sell ,but got lucky and traded them at full market value to pay a debt off,,was quite happy and the receiver had them made into a ring for his wife,winners all around

Sorry for your loss. That is Huge!

A recent article I came across
[nytimes.com]
Hopefully some things in this world are becoming passe' .

Stick with the pearls LH, they are one of the few things as fine as you are

While visiting Mom in Florida, a year before her massive stroke, Mom was dividing up her jewelry for her children. She knew her big diamond ring would be sold after she died.

"Which jewelry do you want?" Mom asked.

"May I have your pearls?" I replied. "I love them. They are so classy."

"Of course," she replied. "In Florida, we dress casually; I don't wear pearls anymore. Take the pearls with you when you go home to Washington State."

Commodity prices are strictly supply and demand. And markets are volatile. Timing markets is a short term thing, and only works if you know what you're doing. On the plus side, the pearls look good on you, LH. 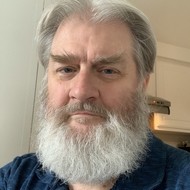 You can include a link to this post in your posts and comments by including the text q:354395
Agnostic does not evaluate or guarantee the accuracy of any content. Read full disclaimer.