How does having power change a person? Does it corrupt?

On one hand, I think having your needs met-- having money and means-- can make a person more altruistic. Because they don't want for anything.

Then again, we look at our politicians and those in power and they claw their way into their positions. I don't see them as trustworthy.

Yes, power can corrupt, but that doesn't necessarily mean that everyone in a position of power abuses there power. However, from a neurological lens, it seems that the longer one is in power, there's a greater risk of it impacting the brain. In his bookThe Winner Effect: How Power Affects Your Brain, Neuroscientist Ian Robertson wrote:

"Power changes the brain triggering increased testosterone in both men and women. Testosterone and one of its by-products called 3-androstanediol, are addictive, largely because they increase dopamine in a part of the brain’s reward system called the nucleus accumbens. Cocaine has its effects through this system also, and by hijacking our brain’s reward system, it can give short-term extreme pleasure but leads to long-term addiction, with all that that entails.

Too much power – and hence too much dopamine – can disrupt normal cognition and emotion, leading to gross errors of judgment and imperviousness to risk, not to mention huge egocentricity and lack of empathy for others."

@AMGT I agree about there needing to be mandatory pet/MRI scans, but we have a historical pattern of hubris that is undeniable. That those in power who have no term limits -- i.e., the ones making and passing the laws in the U.S., is especially disconcerting.

"That men do not learn very much from the lessons of history is the most important of all the lessons that history has to teach." ---Aldous Huxley

Wow, that changes the way I think about this issue.

@VictoriaNotes, quite depressing actually, Aldous Huxley's (& my) cognition ... which is probably the reason why i usually steer clear of politics. i don't say it's helpful for the big picture though - just self-preservation.

I had heard of this police chief that would go out and watch his officers after hours. He would disguise himself and record both good acts and bad act. The police on his force were in some cases worse than the criminal. He eventually pulled in the bad cops and rewarded those that deserved it. He balanced the power. When the power is unchallenged the power will be abused.

Remember that we don't have to be talking about great power and great corruption, look at the small things too. When I was a supervisor at work, one of the women wanted some overtime. When I didn't immediately agree, she offered to bake me a chocolate cake. Although it was all light hearted and jovial, she got her overtime and I got my cake and had therefore let myself be corrupted (a little bit) by my position of (a little bit of) power. I think most people would take a small perk if offered. So yes, in my experience, I would definately say that power corrupts to a varying degree.

I used to regard some politicians highly. Now I realize they are human beings with frailties and faults.

Everything changes people, not just power. Some people can handle it and not let it go to their heads and some cannot.
I personally don't trust humans enough to want any position of power. I follow the anarchist philosophy that power is guilty until proven innocent. If positions of power can be gotten rid of and replaced with a different system that decentralizes power, we should.
You have to remember that there are a certain number of psychopaths in the society. They will seek out power positions. Not that normal people will not abuse power too.

Well the difference there is having a surplus of money, and the type of power wielded. Having needs met is only really self-empowerment, whereas having the power to make significant changes in regards to lots of people...maybe that's not how they truly think of it, but regardless.

There is a saying that I grew up with that says"Absolute power corrupts absolutely". I am not sure where it came from originally, but I do believe it to be true

The more people have, the more they want.

I believe it does because life becomes a little easier. The easier it is the less you have work for something and at that point you forget a part of the reason you were fighting for it. Once that happens people start to do things they wouldn't have done in the past because they forgot what it was like for them. 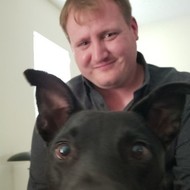 I almost always have power. Unless there is a big storm or heavy snowfall, I have it constantly. Comes right out the wall.

I think power changes people, or at least reveals part of their personality that may have been hidden previously. The degree to which it changes people varies, but I don't believe anyone finds themselves in a seat of real power and isn't affected at all; priorities change, stresses change, responses change. I don't see money, necessarily, as power — at least not in the sense of having control over other people or things that affect their lives. So I might have/make more money now than when I was 22, but it didn't come with anything resembling power or authority. I still have the same obligations, the same basic station in life, the same overall struggles — even if there's a bit of peace of mind about not worrying what will happen if I were to be out of work for a month or two. But if I were to move into a management position, for instance, I'd almost certainly change, partly out of necessity because I couldn't maintain my current level of misanthropy if I were overseeing staff, and my responsibilities would change. I don't think I'd become corrupt or overly harsh with workers, because I know what I value, but even core values can bend or slide over time so I cannot be certain of anything. And there may be a bit of chicken-and-the-egg going on here, because I don't want power so I tend to think I wouldn't be corrupt if I had it, but people who are more corrupt or corruptible may tend to seek out positions of power in which they can take advantage of others more easily.

It depends on the person. DarkMatter's series on this is extremely powerful, and makes the point perfectly that while some people can be trusted to use power for good, many others will be corrupted by their power. In many cases, they may think they're doing good. Two excellent, albeit fictional examples, are Darth Vader and Sauron. The true corruption comes when you believe you know how the world should be. Power only gives you the means to enforce it. Some people can start out like this, some can allow their power to change their views, make them think that because they have the power, they know best. Some remain humble, and will not be corrupted by their power. Most often, these are the ones who don't want it.

Me, I'd probably become a somewhat benevolent dictator were I to be handed power on a platter. At least, I'd think I was being benevolent.

There are wealthy people that are able to see beyond their grand lifestyles to the need to have a good liveable wage for working people, then there are the "politician" types, "I got mine screw you!" My question is, "If I became wealthy and powerful, how would it change me?"

I kind of think that the people who "change" becaue of power didn't change at all and were like that all along. They just have power now where they can impose their will on others. They didn't really have that opportunity before.

Look to the White House and you hve your answer. In the case of Bill Gates it worked. His goal is to rid Africa of disease.

There is a saying that I grew up with that says"Absolute power corrupts absolutely". I am not sure where it came from originally, but I do believe it to be true

I would say just having power is corrupt.
I can't explain sorry, just I see power as the ability to control others by whatever means. It may be fine to be altruistic, but I don't like people having power over me.

It strongly depends.
While I would argue that power only allows the person to show his/her true face, this is not entirely true.
When you wield some great power, you start slowly losing respect for the smaller things in life. And if you deal with life and death - then you start losing respect for these too. They just become part of the daily routine and this is when the downfall happens.

I think it depends on the person. A person who has never been given the tools to understand empathy and feeling for others will probably be corrupt. Where a person who learned those things and remembers their roots as it were is more likely to remain more of the people.

I don't think it corrupts people, it just brings out who they are, and what they hide. Aside from that, having money or power leads to the fear of losing it, which never ends well.

It's a very ring of Gyges thing. Guy is sposed to be a good humble fisherman and family man, give him a ring of invisibility and he immediately turns to rape and murder..

Like everyone else some are good people some are not. All politicians are not bad people, but they are stuck in a system that has gone south mainly due to the money that dominates the system. How the Supreme Court equate money with speech is completely beyond me.

It's not set in stone that power equals corruption. That in large part is dependent on the character of the person. But it does seem to be a fertile ground to breed corruption. But thankfully there are always exceptions to the rule.

You can include a link to this post in your posts and comments by including the text q:37070
Agnostic does not evaluate or guarantee the accuracy of any content. Read full disclaimer.