We rely on members to let us know when posts contain content that violiate the community guidelines. The most common reason that content gets flagged is that it contains dehumanizing or trolling/baiting text. Getting too many flagged posts will result in account termination.
Visit Group Join Group
7 12

A video of an Ohio woman at a recent Trump Michigan rally claiming Space Force will soon overturn the 2020 election has gone viral, but QAnon supporters have actually been promoting this conspiracy for more than a year now. They believe Donald Trump’s “Space Force” watermarked all the ballots and used satellites to monitor the election to capture proof of election fraud in real-time.” Trump supporters also claim Space Force soon plans to unveil 269,000 sealed indictments, which will result in Biden, Obama, and Hillary going to jail for treason, and Trump being restored to power.

Geez, is it just me, or do these folks all appear to have “multiple screws loose,” and no one seems to have brought the right kind of screw drivers to tighten them all back up? Frankly, I’m totally blown away by their prediction that Space Force will soon unveil 269,000 sealed indictments. Not so much because it’s totally bonkers and completely absurd, but because any number larger than the “combined number of their fingers and toes,” is way beyond these folk’s comprehension levels.

All of that aside, I have a theory about why we’re suddenly seeing all these insane “conspiracy theories” of late. You see, it all began when aluminum foil manufacturers got together and decided they could make a helluva lot more money, simply by making the aluminum foil they sell “a lot thinner.” What that means is the tin foil hats these conspiracy theorists depend upon, no longer “offer the protection” they used to. That’s right, those tin foil hats are now basically useless, which means “that old gray matter, she ain’t what she used to be.”

Frankly, I’m beginning to think there’s not enough Thorazine in the entire world to treat all these Trump supporters. Why, any sane person knows that if you’re really serious about overturning the 2020 election, all you really have to do, is simply hop aboard one of Elon Musk’s SpaceX spacecraft, circle the sun in a counterclockwise manner so as to travel back in time to the year 2020, and then just convince everyone who voted for Biden to vote differently. Problem solved! 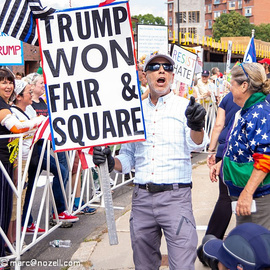 We used to have pure and plain insanity. This is insanity but it is not pure and it is also not plain.

"@JohnnyRobish laughs off the absurd comments by suggesting that aluminum foil is too thin to protect them and that there's not enough Thorazine...

...which is laughing at a serious problem.

We need a better analysis as to why so many believe is such absurdities.

He's funny...but the problem is widespread and getting worse.

...and Trump's still "at large" and free to hold rallies.

Why are so many buying in to these dangerous anti-democratic things?

After the recent Fox News viewers experiment and the knowledge that other countries who don’t have these idiots have banned Fox, I think it needs to be taken off the air and other Russian disinformation sites removed. It’s dangerous to American democracy to have such stupidity spewed in the public space. However what can we expect from people who still believe in the ridiculousness that is religion?

I think you touched on the root cause of the insanity...most of Trump's "followers" are also "#religulous

Facts are irrelevant to such mental defectives. Each of them live in a fantasy of their own devising, and they are beyond all hope of ever becoming rational.

These are the same people that are convinced that the vaccine for covid is putting a tracking device inside of you. Some of these assholes are actually selling bath cures to rid yourself of the tracking device. I am convinced the only ones with any kind of education beyond homeschool are the ones making the money 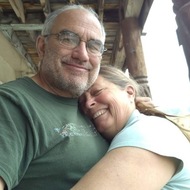 That’s what holds this whole pile of crap together. People are making money. Fox, snake oil sales, and the GOP.

Believe it. As Einstein once indicated, stupidity is limitless.

It's been said before, you can't cure stupid.