We rely on members to let us know when posts contain content that violiate the community guidelines. The most common reason that content gets flagged is that it contains dehumanizing or trolling/baiting text. Getting too many flagged posts will result in account termination.
5 7

Gee whiz, sending in an armed militia to hunt down immigrants? Why, if one didn’t know better - one might think our president was actually trying to provoke violent incidents.

By the way, if those SWAT units are looking for unauthorized immigrants, I hear Trump properties are a great place to start. On the other hand, if they’re looking to catch real hardened criminals, I suggest they focus on the White House.

Folks, this isn’t hyperbole - this is fascism. The Statue of Liberty must be crying right now. 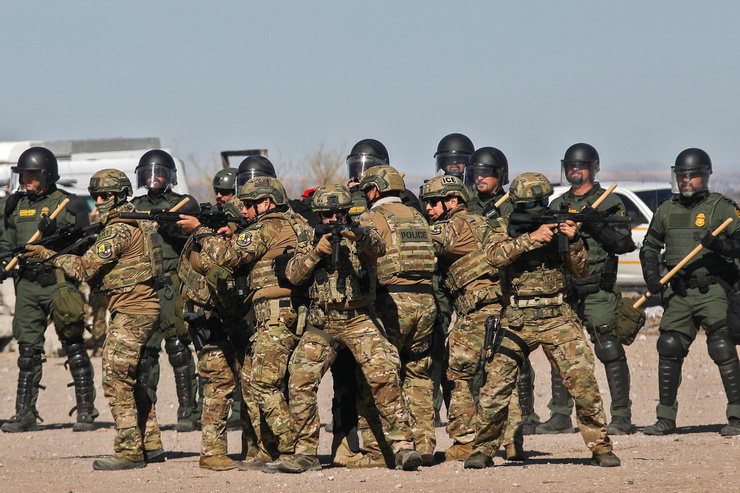 He is only doing this to appease his base of rabid followers. He knows he has to do everything he can to hold onto them, so what better way to do that then get them all riled up about immigrants.

No matter what..... he knows how to deliver to his base. I wish Obama was this forceful on his agenda.

And just how did Melania get to be a citizen after lying? And her organized crime parents got in through her and trump. Her father, a traveling salesman, could afford a nice car and expensive family vacations under the Communist regime - give me a break.

Indeed - and its only just beginning!