I know the subject of age difference has come up a few times here. However, I'm curious. What would be your response when a much younger person tells you he/she is interested in getting to know you or having a relationship with you? Much younger, can be 15 or more years younger or half your age, or whatever you would consider to be much younger than you.

When that happens to me, my first thoughts would be that I would be messing up his life if we were to have a relationship. He has so much more life potential and future left ahead of him than a middle aged woman like me. He should be with his own kind and have fun and enjoy being young. I don't look my age so on many occasions younger people think I'm actually their age. And I would think, "I'm old enough to be your mother!!!". I mean, I do enjoy people of all ages (as long as they are of legal age) but these thoughts are always at the back of my mind.

Heff is my hero! As I've aged, so has the age differences of my 'relationships'. First of all, if the woman isn't an active model or performer I'm not interested. When working with them a close relationship is inevitable.

These relationships have become more and more platonic and there have always been those which remain professional. That I'll demand of someone too young or impressionable and I ALWAYS make it clear I am and will remain a bachelor 'married' to his arts.

Its worked for me and has for them. I've kept contact with several, many now happily married, and I am quite content having many 'loves of my life'!

In general, if I were into short term, a younger man would be ok. For a serious relationship, it would be difficult to imagine having a compatible mindset with a younger man. Anything is possible though and I wouldn't necessarily rule out anybody within say, 15 years.

I think age difference is more important during younger years. Seems like a an 18 year old and a 28 year old would be in relatively different places in their lives compared to a 48 year old and a 58 year old. Young people are facing a lot more life changes - education, career, family, while an older person is usually in a more settled state.

Yes, absolutely true. My bf is 27 currently and I'm 47. We've been together 2 years. He pursued me relentlessly though I wasn't interested in someone so young. At his age, he's old enough to have his own career and kids. May be that is my issue here, that he's at that age where many men would start thinking of getting married and having families. That sort of thing will not ever happen with me. He knows all that.

Mine's 20 and some odd months younger. Some days we are at par. Some days I feel like I'm housetraining a puppy dog. Puppies are cute but could be a handful.

I've had longterm relationships with men much younger than me anywhere from 21 years younger to 11 years younger and they have all been like any other relationship. We had much in common, were loving, enjoyed the same activities. It wasn't age that ended these relationships. It was other no related issues. I don't consider age an issue unless he does not yet have children. I don't want to take the experience of being a father away from him. But jokingly told one young man "Hey, I'll probably be dead in 25 years and you'll still be young enough to move on, start a new life and have a family". Kinda morbid but that's life. 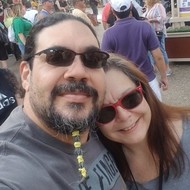 I don't believe age should be an issue. What you share in commonality and how compatible you are is what matters

Good Grief. We sure do conjure up enough barriers in our minds, don't we? And guess what - what's going on inside my head and your heads IS NOT REAL.

Age is just a number. Race is scientifically irrelevant. If a person is brave enough to express interest in you, why should you do anything but be smart, listen and learn about that person. Prejudging them is so, well, religious.

You are right. We do invent issues where there might be none. Although like in any relationship there could be situations arising that are age related or not age related.

I know you didn't ask this, but on the flip side of a younger person's perspective I think it just depends. I am not really attracted to people my age & would love the experience of getting to know someone older. I think there's a great potential on both sides to learn & grow from each other. 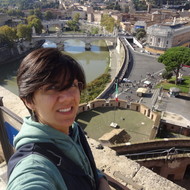 That is what I'm used to as well. People my age think I'm much younger than they are so I rarely have them interested. I'm not averse to them but that's just the way it is. Older men I have no issue with. Younger men I'm a little bit apprehensive.

Maybe it’s different for ‘older’ women, but I would be suspicious if a much younger woman said she was interested in me. I can’t get women my own age to notice me.

So you like each other. You are adults. Stop worrying and enjoy yourselves! Easy!

I’m not overly humble, but if an attractive much younger woman contacts me (as has occurred a few times on dating sites), chances are it’s a scam.

I have dated much younger than me and older than me, the one that was much younger actually acted more mature than the older one! Age is just a number! Depends on the person!

Let the other person decide what is best for their own life...women live longer than men and you could have a wonderful life together....why would you be ruining anyone's life if he wants to be with you? The only consideration is if he wants children...in that case, that will be something he has to deal with from the beginning. Things do change, but being middle aged is not a reason to not let love happen.

I would enjoy the ride as long as possible! ? Older men do it all the time!

Oh I do. I would just like to have a fun relationship. He's the one who wants more I guess. More from me that is.

I had a relationship with a woman 17 years younger and it worked fine but if she hadn't pushed it , it wouldn't have happened. There's a bit of a disconnect with history, songs, movies etc but these days those things can be caught up on. If the younger person chooses it, you should go with it. It's flattering and as long as they are old enough to know the pitfalls, it's no different than any other relationship if you two connect. Just my two cents.

Age doesn't mean much to me. I am lucky if they don't run away screaming or laughing maniacly.

I've always dated people who were older than me. My goals and my maturity level just matches those folks better than people who are within a year or two of my age. Although, I'd be open to dating younger people or people much older than me, if everything clicked and I happened to be single.

I read somewhere that the following is an accepted guideline for age difference for a male anyway.. but of course it depends on the couple..

Acceptable age difference is half your age +7

I have heard of that. But yeah, who decides that.

It's just taken off the internet..can't for the life of me remember where..but it doesn't really matter..it was only a guide..and I think within reason two consenting adults can do pretty much what they please..and they certainly do..

@Hitchens Absolutely and yes they do!

The cliche is "age is just a number", but in the situations where I have been the younger party, I quite relished the aspect of being exposed to a more mature view of things. As the older party, I relished the energy and vitality of those I have been with. There are basic realities. A wider gap between ages means diverse exposure to norms and peer values. So I think it comes down to expectations and the definition of the relationship.

I prefer older men, 10-20 years older. 3-5 years younger is my limit. I’m usually just honest with them and tell them I’m not into younger men but know many women are and wish them luck

Whatever and whomever you are comfortable with.l don't think you are too old for me at all. ?

You aren't too old for me either. LOL.

Been there done that. I look younger than my age-have always dated younger. I am friends with my last bf who was 25 years younger. I have found love here with Dan who is close to my age. Do what feels right to you. Timing is everything.

I did say the definition of much younger varies.

You (and your partner) can either let it bother you, or not.

Chance would be a fine thing. I will let you know if it ever happens

I would say something along the lines of: "I appreciate your interest, however, I do not think it will be something that will work out in the long-term. I just don't think we really do have much in common."

In my experience all my friends were married so it might have made me hurry to marry at 21 and the woman was 34 and had 4 kids. It worked for a couple of years. In the end we remained friends over the years. She's dead now and so are 2 of the kids.

Next I'm 24 and ran off with a 16 year old. Still in the same family as the first one here, but this time around I end up with 2 daughters even though the relationship is not good.

In 1974 I ran off with a woman who had 8 kids and ended up helping raise half of them. She was 18 years older than me and we got along fine. She died of a heart attack in 1984 but my 2 daughters from the earlier marriage had come to live with us. The youngest after I found myself alone again.

In 2004 I went to Kenya at 58 to meet my future wife of the Luo tribe. She was 28 at the time and we were married 12 years. We spent over 10 years of this together. We remain friends today and we had no children together. I haven't seen her in 2 years but we both still live alone.

Throw misguided religion in between all this and there are my loves and relationships. Young or older didn't matter to me. Three white women and one black. No big deal.

WOW. That’s quite a life story.

@graceylou It doesn't make a lot of sense really. In between it all you find weavings of Evangelical religion and extreme right wing politics. Today I am as liberal as they come. Earth is a crayon box and we are the crayons.

You can include a link to this post in your posts and comments by including the text q:148504
Agnostic does not evaluate or guarantee the accuracy of any content. Read full disclaimer.